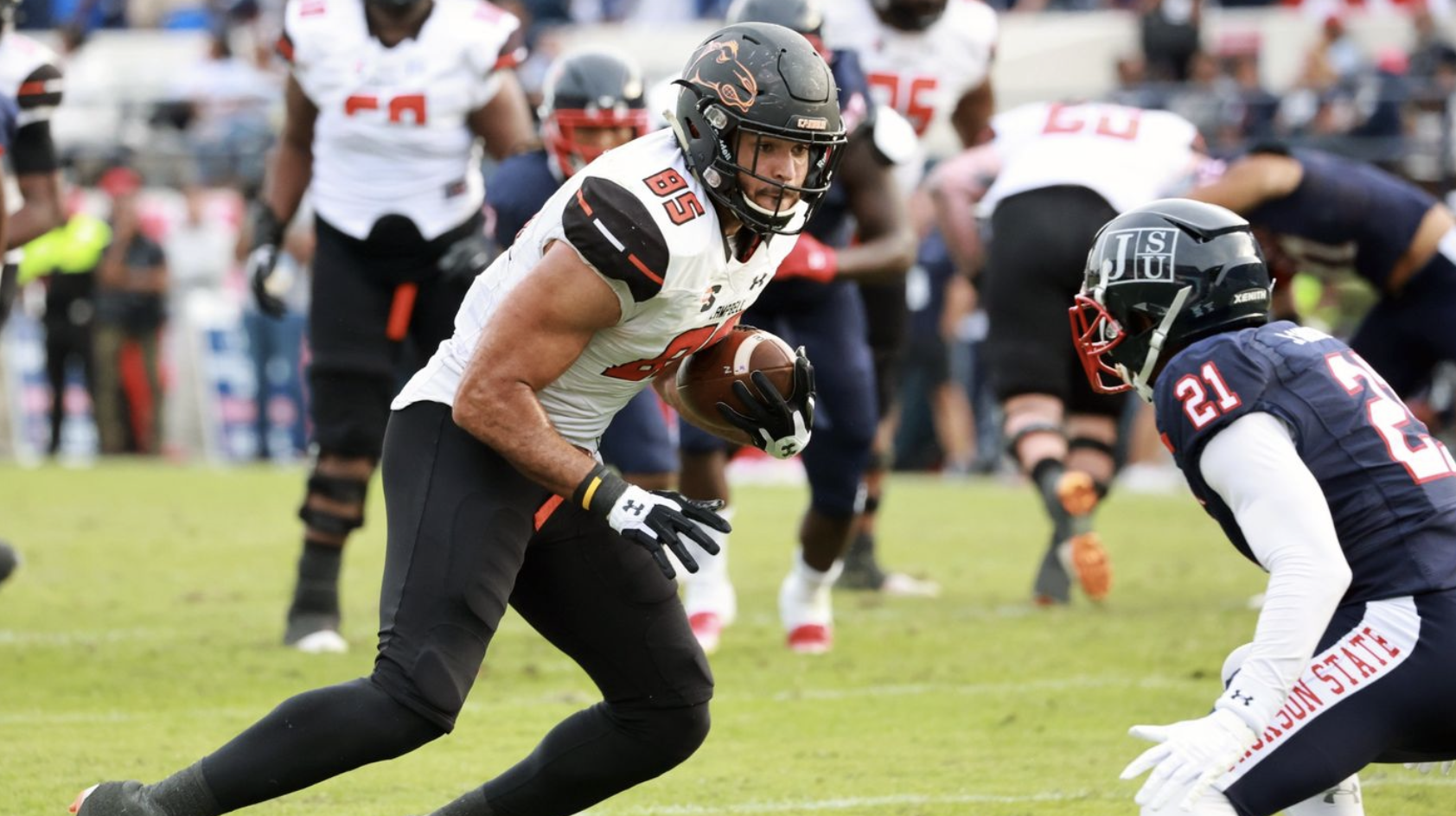 When Campbell head coach Mike Minter takes his Camels to the self-proclaimed Greatest Homecoming on Earth (AKA GHOE), he has two missions.

The first, obviously, is to defeat North Carolina A&T and claim no worse than a share of first place in the Big South Conference. The groundwork was laid with non-conference games against William & Mary and East Carolina, and then with Jackson State last week.

“That game plan is to be able to play a William and Mary, play at ECU and play at Jackson State. That can’t help but make you better and get you prepared for trying to win the conference championship on the road at A&T,” says Minter, the former All-Pro defensive back with the Carolina Panthers. “Homecoming, and the history of what their record is on homecoming day. Man, that’s a lot. And so you have to go through the battles to be ready for the war that you’ve got to go into with A&T.”

After successive losses to William & Mary and ECU, the Camels reeled off three straight wins, two of them were conference wins over Charleston Southern and Robert Morris. and the third one started the streak when Campbell pounded NC Central. Last week, the streak came to an end when Jackson State took a 22-14 victory thanks in part to a key fourth-quarter drive. But the losses had benefits he thinks will be on display in Greensboro, according to Minter.

There are added implications to the game as both Campbell and A&T prepare to move to the Colonial Athletic Association next season.

“If you’re the (Big South) commissioner, this is a dream come true because it’s three of us right now because Gardner-Webb is in this conversation, too,” Minter says. “So you got two of the three in late October, coming together, homecoming, greatest one on Earth and all of that should create excitement.

“I think this is a dream matchup for the conference because it puts the Big South on the stage. It also puts the CAA on the stage, which both of us are going to and so, us and A&T, we’re going to be doing this a lot and every year.”

CAN THE AGGIES BE STOPPED?

What tempers Minter’s GHOE excitement is having to face the triple-threat within the A&T offense. Tops on his list is running back Bhayshul Tuten, who ran for 139 yards on 23 carries in last Saturday’s victory over Robert Morris. There’s quarterback Jalen Fowler, who threw for 297 yards and four touchdowns, and Zach Leslie, who caught seven of Fowler’s passes for 118 yards and two scores.

Minter says Leslie “probably has the best ball skills as far as jumping and stopping and jump balls that I’ve seen.”

With Jackson State linebacker Aubrey Miller Jr. harassing him throughout the game, Campbell quarterback Hajj-Malik Williams managed only 131 yards passing, one scoring run and a fourth-quarter touchdown that set the final score. Lamagea McDowell only gained 48 yards rushing against the Tigers.

And about that other mission for Minter? He’s seen one homecoming and is about to experience another one. After this Saturday, he says he will decide who did it best?

“I put myself in the hot seat by saying that I’m going to judge and then I’m going to have some fun with it,” he says. “We’re going to have a big reveal of who and what was the best Homecoming on Earth. And they’re just got to believe me. Whoever loses is probably going to come after me, but that’s OK. But I’m going to be truthful in my judging.”