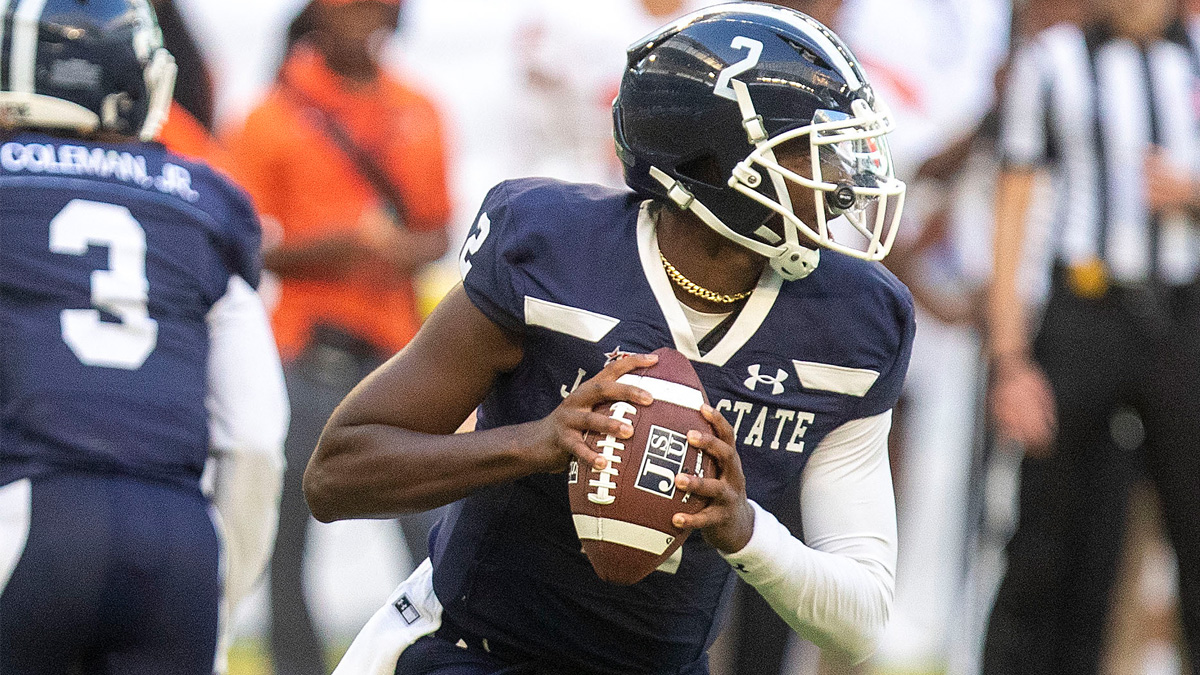 The game was worthy of the coaches whose National Football League careers were built on shutting down opponents, but a late burst of offense made the difference as Jackson State grinded out a 22-14 Homecoming victory over Campbell on Saturday.

Former NFL All-Pro defensive backs Deion Sanders, the Jackson State coach, and Mike Minter, head coach at Campbell, watched as their defenses made the respective offenses work for every yard for much of the game. But when the Tigers needed to put the contest away, quarterback Shedeur Sanders and running back Sy’veon Wilkerson picked up huge chunks of yardage to finally close the deal.

The relationship between Minter and Deion Sanders may have best been typified in the second quarter when Sanders went onto the field to check on injured Campbell defender Gabe Holmes. Minter came on from the far sideline, and the two coaches hugged. When the game ended, they met at midfield and shared an extended hug.

After Campbell (4-3) failed to convert a third-and-8 at its own 39, the Tigers (7-0) took over at their own 19. Sanders completed all three passes he threw in the clinching drive. One of the passes was to Wilkerson, a 3-yard play which was part of the 45 yards he produced on his own. It was his 4-yard touchdown run with 3:17 to go that put the Camels out of reach.

Jackson State was on the verge of giving itself a little breathing room, driving from its own 33 to the Campbell 10. But on a first-and-10, Shedeur Sanders’ pass for Travis Hunter was intercepted in the end zone by Jonathan Jones with 12:51 left to play.

Jackson State expanded its 9-7 halftime lead when Sanders hit a wide-open DJ Stevens on a 48-yard touchdown play. The drive was set up by defensive plays from linebacker Aubrey Miller Jr., who sacked Williams on a third-down play to halt a Campbell drive. Miller made another third-down stop on the Camels following the touchdown, highlighting a day in which he had 12 solo tackles.

TOUGH GOING AT THE START

Neither offense found the going easy in the first 30 minutes, but the Tigers appeared to have the bigger challenge. Sanders threw for 58 yards and Jackson State ran for 95, but they could only get field goals of 22, 25 and 26 yards from Alejandro Mata, and the nine points they produced were the fewest after the opening two quarters since Jackson Stare only managed six points against Tennessee State on Sept. 10. The Tigers also missed all eight of their third-down conversion attempts but made all three fourth-down conversions.

The 25-yard-field goal came after Willians fumbled while attempting a throw in the pocket and lost the football. The fumble was recovered by Jason Mercier at the Campbell 22, but Jackson State’s offense sputtered. It converted a fourth down and 8 at the Campbell 20, but could only gain three yards from the 11.

After Mata’s first field goal at 6:47, the Camels drove from their own 29, converted two third-down plays and took the lead when Williams ran 20 yards on a second-and-12 for a touchdown and a 7-3 lead with 1:49 left in the first quarter.