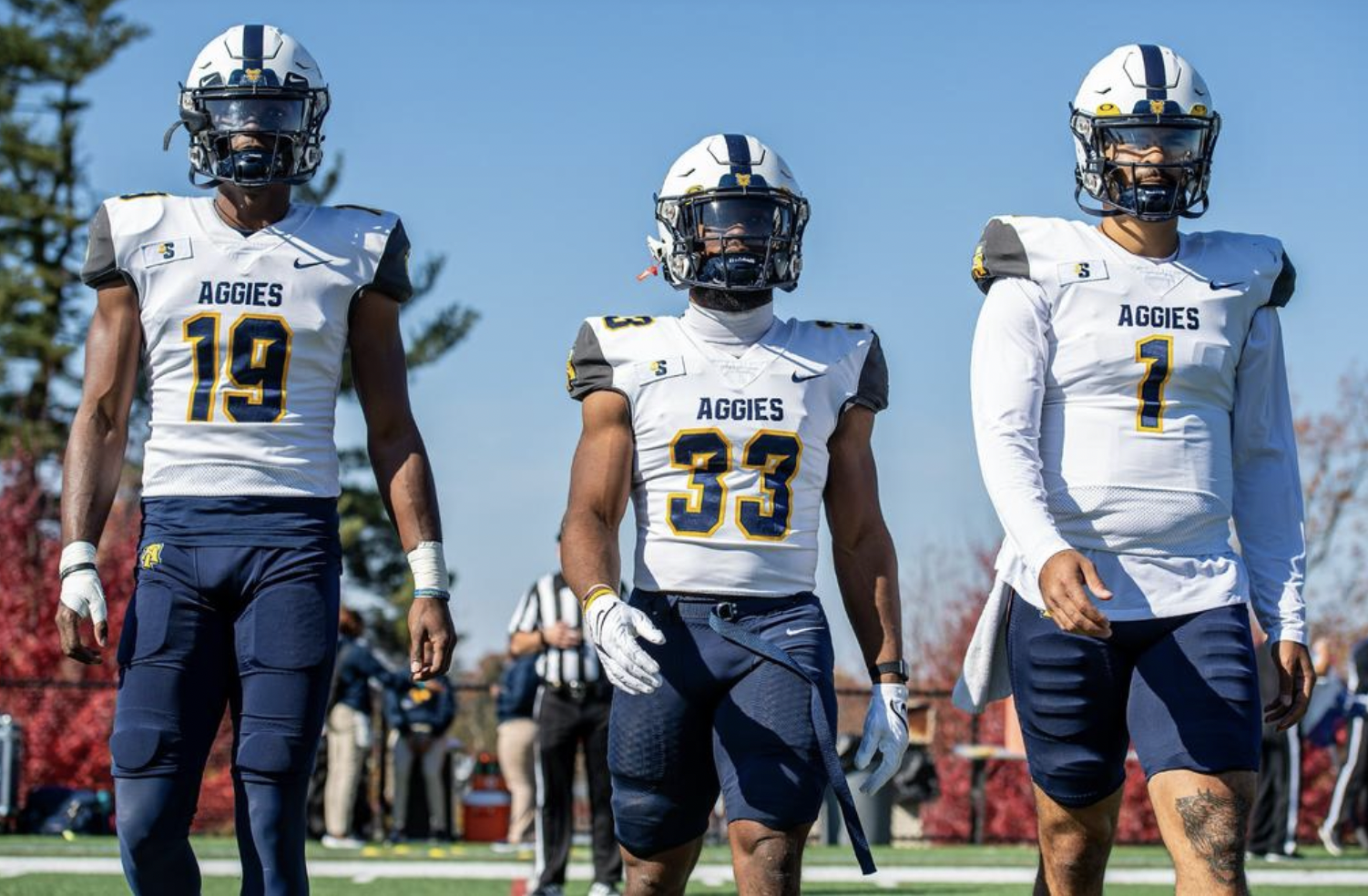 GREENSBORO, N.C. — North Carolina A&T has recovered from a three-game losing streak to open the season to run off four straight victories and forge a three-way tie for first place in the Big South Conference. The Greatest Homecoming on Earth (AKA GHOE) will decide in part who emerges from that logjam.

Both A&T and Campbell have 4-3 overall records, and are 2-0 in the conference. Gardner-Webb is the third team in the group, although its overall record is 3-5. But the tie isn’t the biggest thing on the mind of A&T coach Sam Washington.

“The quarterback being a dual threat,” Washington says, referring to Camels quarterback Hajj-Malik Williams. “That’s a concern because he’s very effective when he gets an open space. He’s very hard to tackle, and so we got to keep him corralled at all costs.”

Williams had his struggles in the 22-14 loss to Jackson State on Saturday. He completed 15 of 28 passes for 131 yards and a late touchdown. He added 31 yards rushing and another touchdown against the Tigers, but Washington and one of his defenders is bracing for Williams putting up more significant numbers.

“I’ve seen him get into the open field and make a defender miss. We’re going to have to keep him well-contained,” says A&T sophomore linebacker Tyquan King, who had 10 tackles in the Robert Morris game. “You’re going to have to break down when you’re coming in to tackle him. You can’t come in for the big hit and miss.”

Campbell may have similar concerns with stopping the Aggies offense, based on the 38-14 victory over Robert Morris last weekend. Quarterback Jalen Fowler, named as co-offensive player of the week in the Big South, threw for career highs of 297 yards and four touchdowns. Two of those scores went to receiver Zach Leslie, who finished with seven catches for 118 yards in compiling his fourth career two-touchdown game.

“We just have to stay focused and take advantage of the stuff that they give us,” Leslie says of the Campbell game. “We’ve just got to be disciplined and just let the game come to us.”

The Aggies also got it together on the ground, with Bhayshul Tuten running for 139 yards on 23 carries. In all, A&T ran for 187 yards against the winless Colonials.

One takeaway from the victory will surely have Washington’s attention leading into Saturday. Robert Morris ran for 108 yards in the second half against the A&T defense, and the Aggies had nine penalties for 90 yards.

A&T brought back GHOE last year as the impacts from the pandemic diminished. With a conference title still in their sights, King says the Aggies will avoid the celebrations before the game with hopes of having one when the game is over. The team will gather in a hotel to keep the noise and distractions of GHOE out.

“Come Friday, when we get on the bus, we get put in a hotel away from everybody,” he says. “We’re definitely on the up side of things, being that the season started out a little sluggish but just trying to finish. It makes a big difference when everyone’s on the same page and we’re of one accord.”