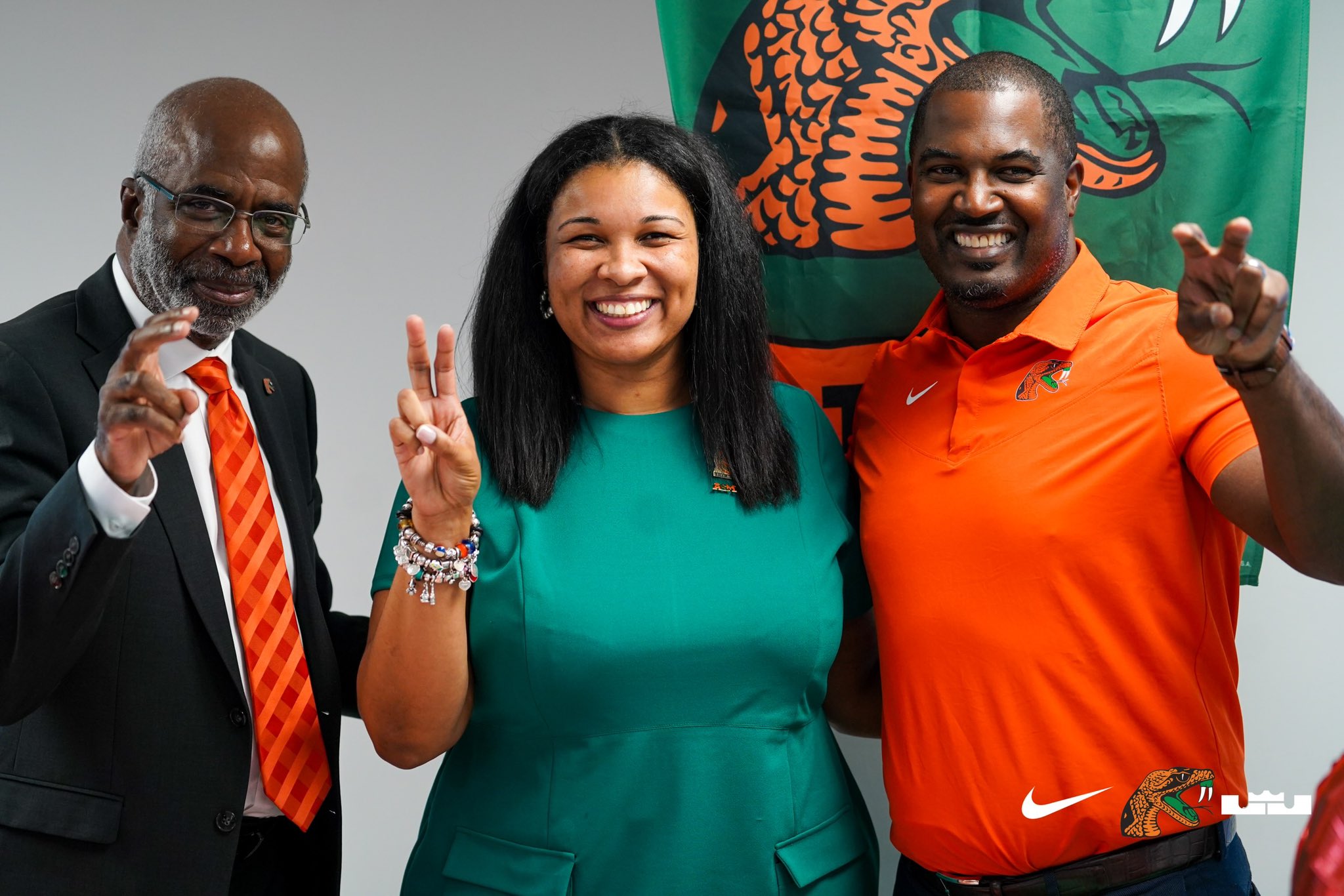 Being FAMU AD is a tall task, but Tiffani Sykes is diving in full blast with student-athlete and alumni engagement

To say that Tiffani Sykes hit the ground running at Florida A&M would truly be an understatement.

The newly minted Vice President-Director of Athletics at FAMU flew into Tallahassee on Tuesday night — minus her luggage — and dove right in.

Not only did Sykes, who is finishing out her run as an assistant AD at Dartmouth — attend practice; she tried to get the volleyball team to let her show them some of the moves that made her an all-time great in the sport at Virginia State. It wasn’t that she was trying to re-live her glory days as much as she was there to let the student-athletes know she’s been in their shoes and wants to advocate for them.

“It felt good. The volleyball team wouldn’t let me bump, set, spike with them a little bit. But that was probably in my best interest,” the 42-year-old said with a smile and a hint of southeast Virginia drawl. “But I mean, it felt good. That’s something that I’ve always been very interested in. I think an athletic director really needs to understand the student-athlete experience so that they can make decisions on behalf of the student-athletes.”

Indeed, Tiffani Sykes has a bevy of experience that belies her ability to engage and connect with today’s student-athletes. Since beginning her career as a sports information director at tiny St. Paul’s College in Lawrenceville, VA fresh out of college two decades ago, she’s filled several roles at several different stops at HBCUs as well as predominately white institutions — most recently in the Ivy League.

Florida A&M AD job was a dream for Sykes

Of course, in her new role, working with and for student-athletes is only part of the job. She must also engage alumni and donors. One of the criticisms of several of her predecessors has been a lack of connection with the athletics administrators and alumni. Sykes, whose mother is a minister, has demonstrated the ability to connect with people throughout her career, and it appears she’s ready to do the same in Tallahassee.

“Everyone’s been really great. Continuing to just affirm their support for the program, even though there’s a transition,” Sykes said. “The thing about FAMUans that I’ve learned, is that they have a strong commitment and passion for the university. So anyone really could have been in this seat and they would have still supported at the level that they are supporting.”

Sykes will work that post through the end of the year, but she will be in Tallahassee throughout Florida A&M homecoming doing what she did when she arrived: meeting with athletes, donors and officials as she prepares to take over a post that seen its share of turnover in the last decade-plus.

This won’t be the Virginia native’s first homecoming in Tallahassee, however. It will actually be her third. Sykes, who earned her master’s at Grambling State, shared that her first FAMU homecoming planted the goal of being the school’s director of athletics years before it actually happened.

“When I rented that car and drove to campus…I heard the rattler chant for the first time and I said, ‘you know, I really need to find a way to be a Rattler.”

Tiffani Sykes continued to climb the career later and FAMU continued to chew ADs up and spit them out, and now the position is hers. It is a tall task, but standing over six-feet in heels, Sykes doesn’t shy away from those.

“Everything I have done professionally for over a decade has been specifically for me to get this exact role. Not to be a Division I AD, not to be an HBCU AD but to be the athletics director at Florida A&M,” Sykes said. “So I’m really excited about it.”