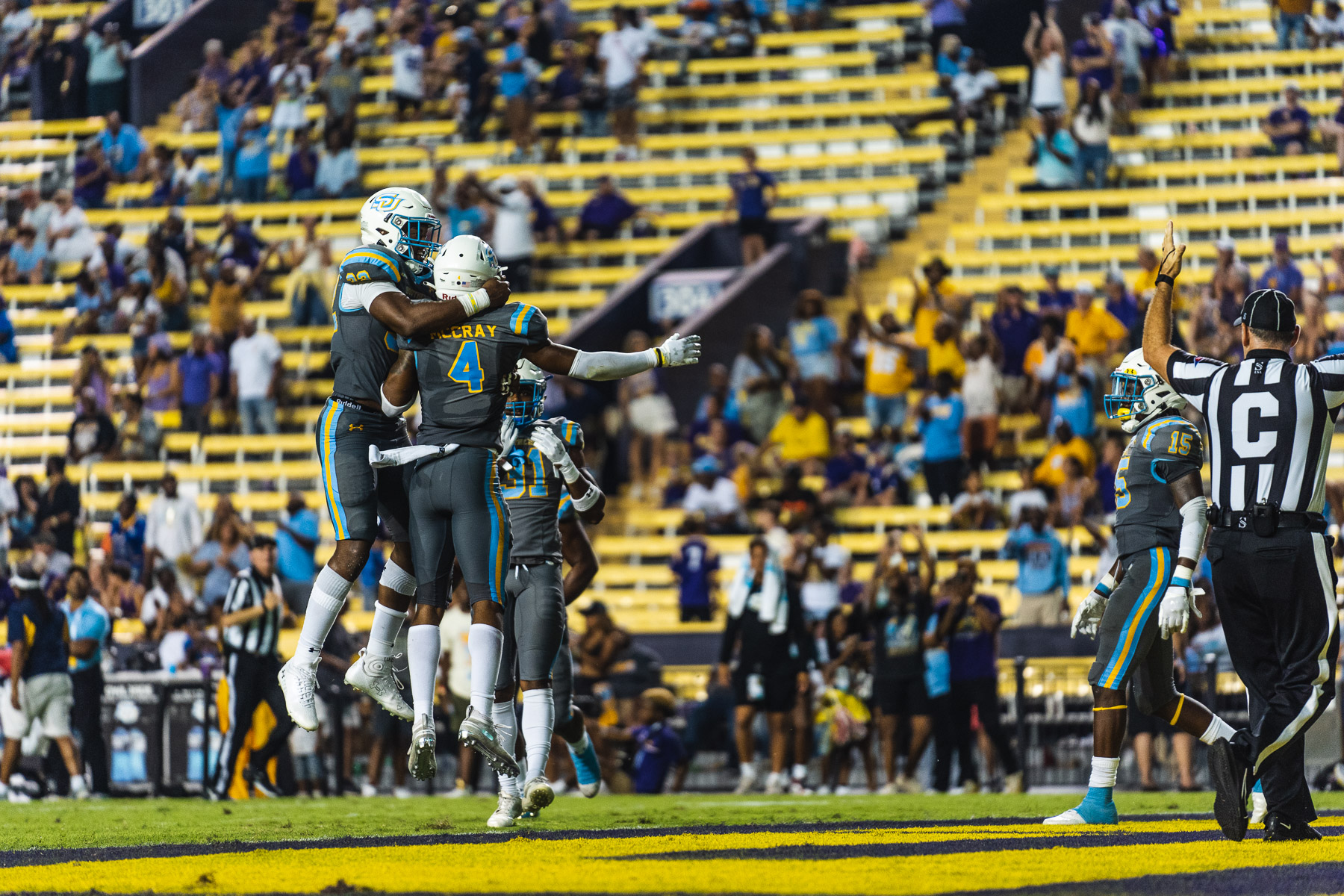 Long-time rivals Jackson State and Southern are opposites in how they like to move the ball heading into their showdown on Saturday.

Jackson State and Southern meet on Saturday afternoon in a battle of two of the top teams in HBCU football. These teams will be competing to keep their current winning streaks intact. JSU has won seven straight, while SU’s streak stands at four. These teams last met in 2021. Jackson State came out on top in that one by a score of 21-17.

Elite play on both sides of the ball has been a common occurrence this season for the Tigers. Offensively, they’ve been able to put up 495 yards per game. On the other side of the ball, they’re holding the opposing offenses to 190 yards per game. The per carry numbers have been particularly impressive for their backs and receivers. On the year, they are averaging 4.9 yards per rushing attempt.

Sy’veon Wilkerson will look to find the end zone again after his rushing score in Jackson State’s last game. Wilkerson rushed for 116 yards and one touchdown in the team’s win.

Jackson State has a pass-heavy offense, they pass 55 percent of plays, while running the ball on the other 45 percent.

The Jags will come into this contest with a 5-2 record on the season. Getting points on the board certainly hasn’t been an issue for Southern, as they are averaging 40 points per contest. Their defense has allowed an average of 18 points per game this season.

Besean McCray is looking to continue the play he showcased in Southern’s last game. McCray threw for 286 yards and two touchdowns in the team’s win against an over-matched

Southern has a rush-heavy offense, with a 63-37 rush-pass play selection split.

The game will be preceded by College Gameday, and is set to air on ESPN Plus at 1 PM CST.