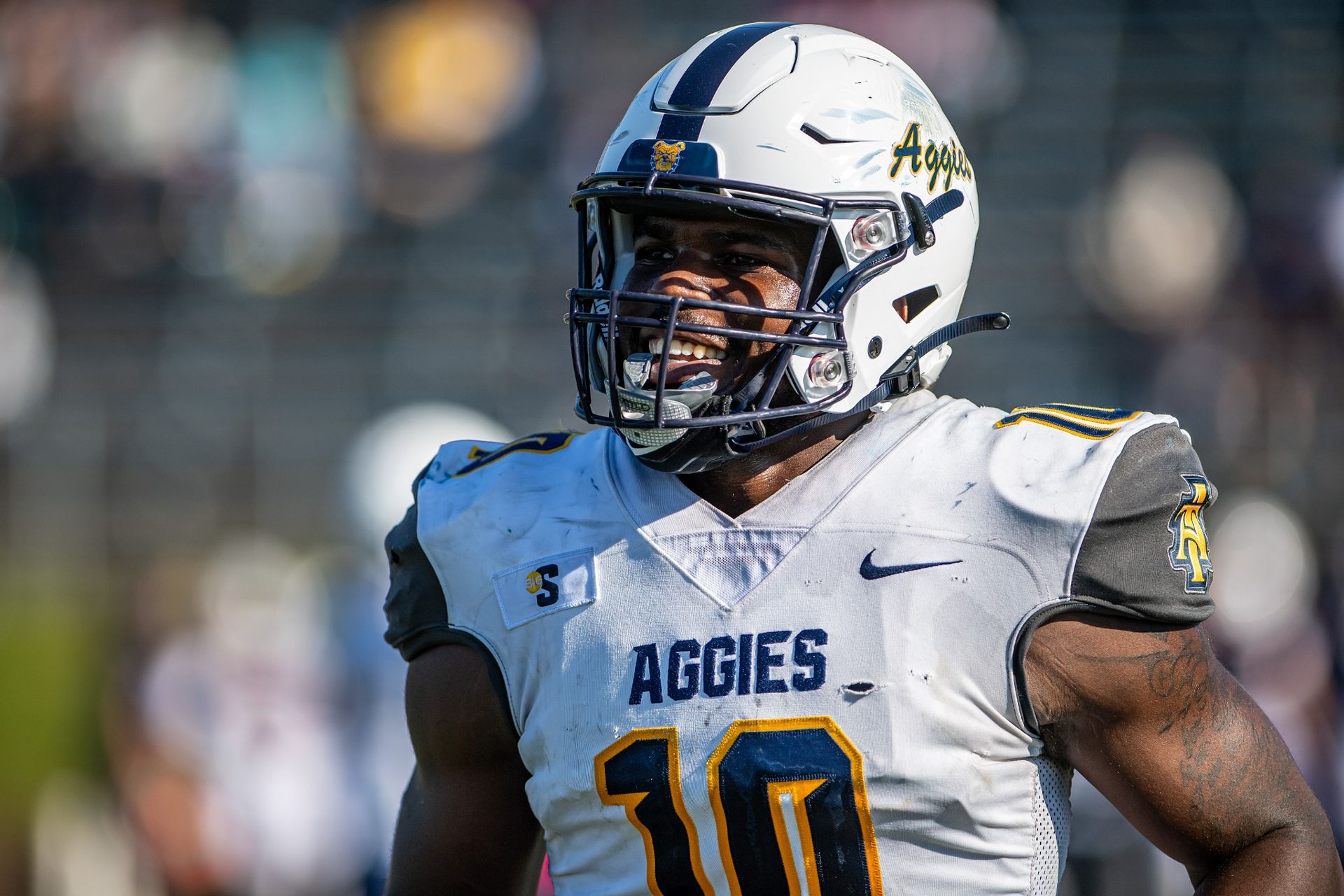 North Carolina A&T is the latest to beat Robert Morris

North Carolina A&T got off to a hot start on Saturday with two first quarter touchdowns against Robert Morris.

North Carolina A&T got off to a hot start through the air on Saturday with two first quarter touchdowns. They kept it up the rest of game to defeat Robert Morris 38-14.

Bhayshul Tuten’s multi-threat ability was on full display to lead North Carolina A&T. He put up 139 yards on the ground and another 71 out of the backfield to cause havoc for the offense. NC A&T put an emphasis on valuing the ball, as they did not commit any turnovers all game. On top of that, North Carolina A&T’s secondary locked in. They held Robert Morris to just 3.3 yards per pass attempt.

Robert Morris’ offense had to cover a lot of ground, as North Carolina A&T had three punts inside the 20 yard line. Losing 60 yards to penalties certainly also played a role in their struggles. No one can fault the effort of Anthony Chiccitt, though. He collected one touchdown on the ground.

North Carolina A&T’s record improves to 4-3 following their win today. It was more of the same for Robert Morris as the losses continue to add up for the season. The Colonials’ current losing streak dates to September 3. We’ll have to wait until October 29 to see how each team responds. NC A&T will look to keep it rolling in their next game against Campbell. While the Colonials’ next chance at a win comes in a visit to App State.

North Carolina A&T is the latest to beat Robert Morris