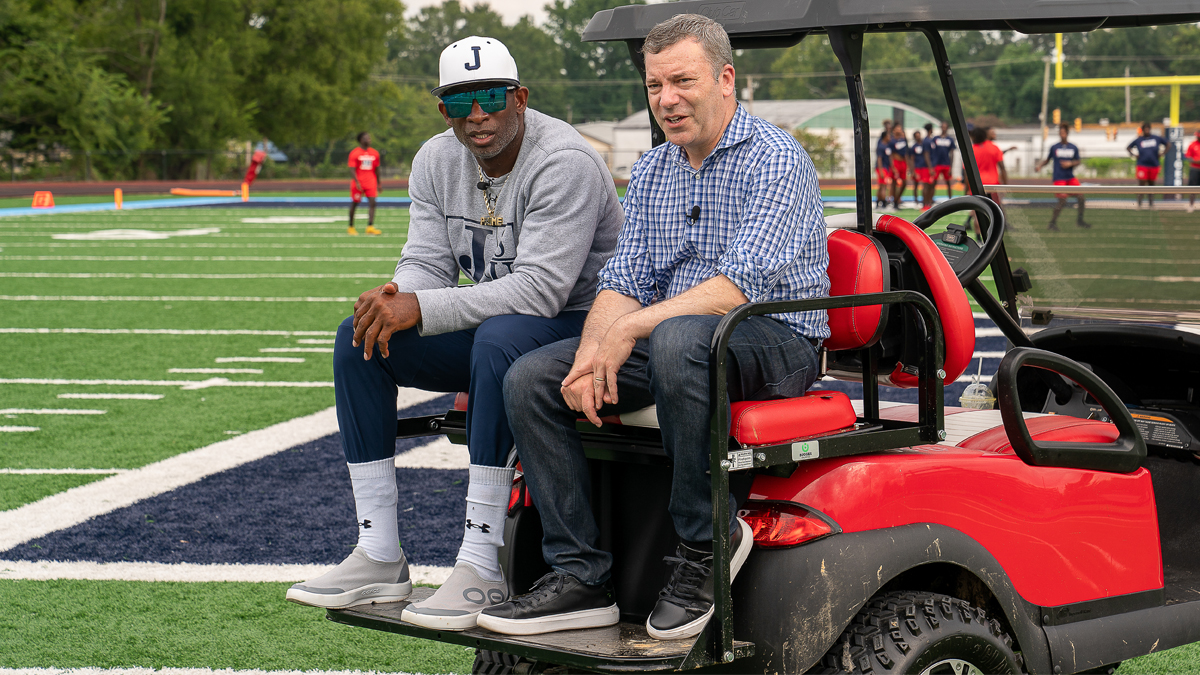 Deion Sanders went one-on-one with John Wertheim on 60 Minutes. Here’s some of what he said.

Deion Sanders was on “Prime Time” Sunday night — 60 minutes to be exact.

Here are some of the highlights of what Deion Sanders had to say.

Deion Sanders on his mission at Jackson State

Change lives. Change the perspective of, of HBCU football. Make everyone step up to the plate and do what’s right by these kids.

On recovering from his leg injury

I had my turn. Now, I’m helping someone else dominate theirs.

What he was gonna do was normal. That’s been done. Big-time recruit goin’ to a big-time school. But a big-time recruit chooses to go to Jackson State? Oh, that changes the trajectory of so many other kids. Now, they’re sayin’, hmmm, if it’s good enough for Travis to go there and play, it may be good enough for me. So, that’s a game-changing decision that he made for so many.

On competing with Alabama for recruits

It makes me feel good because we were right there neck to neck with Alabama. And we broke (laugh). So, so what if? So y- what if? And I’m hopin’ a political figure or someone, some billionaire out there sayin’, you know, what? I’m gonna bet on Prime, man. Let me go help that program, because I just wanna see what it would be like if he had the resources these other schools would have.

I gotta win in every facet of life. That’s what winning is. And we… That’s our natural odor. We don’t even use cologne (claps). Baby we a winner. We smell like winning around here. When you saw us on the practice field you walked and you… when we first met, you, you could feel that you shook the hand of a winner. You felt that. I know durn well you had to call somebody, say, hey, man, I just met Coach Prime, baby. Something about him, something. He’s magnetic. I’m gonna win. But not only win, I’m gonna dominate. That’s what I do. That’s who I am.