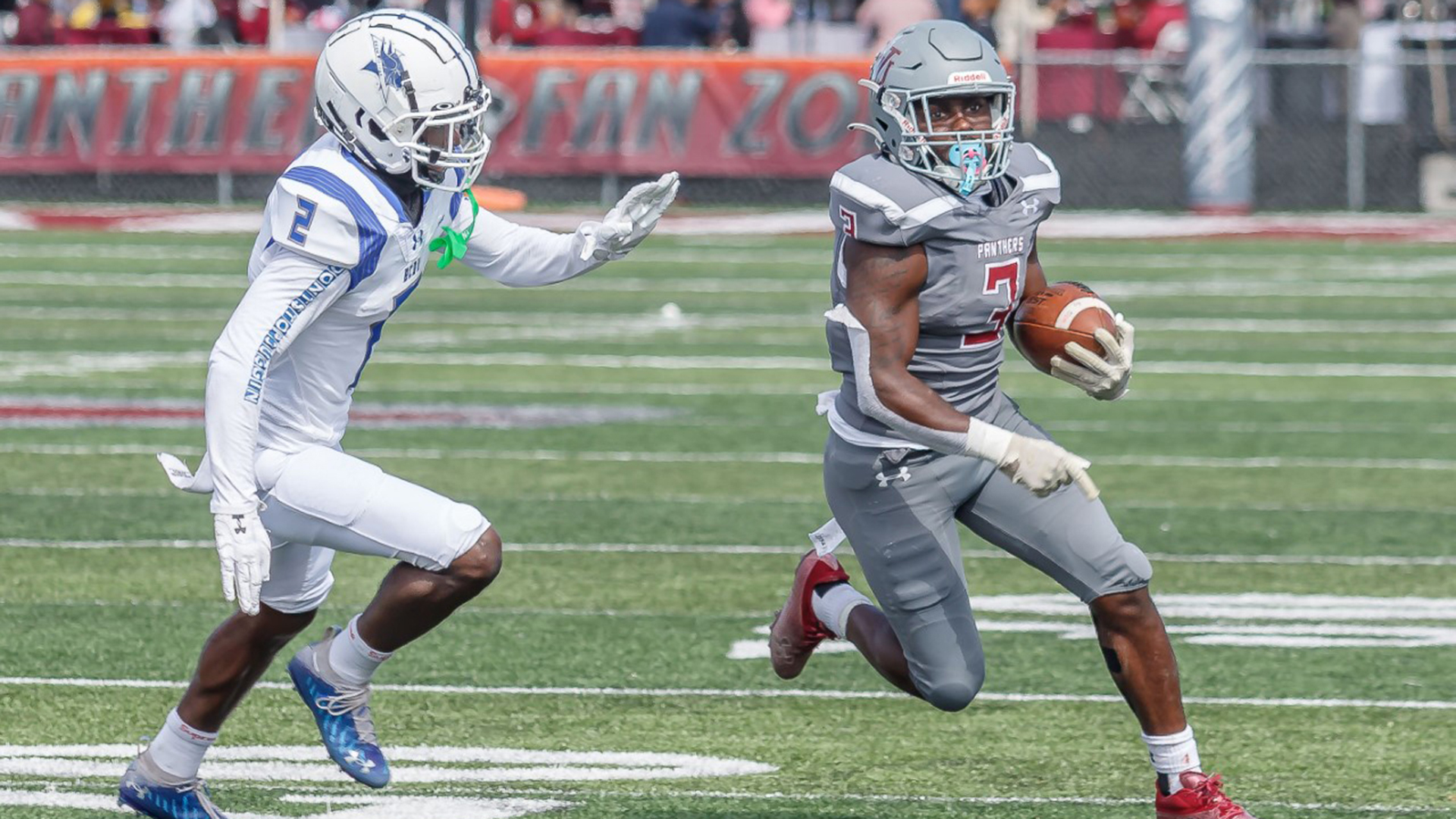 With Div. II rushing leader Jada Byers leading the way, undefeated Virginia Union is in the driver’s seat for the CIAA North Division title and appears headed for a Nov. 12 showdown with S. Div. leader Fayetteville State for the CIAA crown. Only three games are left in the regular season.

This HBCU Football Rundown will focus on how the CIAA race looks with three weeks left in the regular season.

The conference is heading toward its Nov. 12 championship game in Salem, Va. that will pit champions from each of its two divisions.

Virginia Union’s 27-24 overtime win at three-time North Division and CIAA champion Bowie State Saturday has propelled the undefeated Panthers (7-0, 5-0 CIAA) to the forefront of the CIAA race. Beating BSU for the first time since 2016 was a big hurdle in terms of claiming division and conference titles. But it’s not the last one.

With VUU wins over VSU and BSU in the bag, a win this week at Lincoln will eliminate everyone except Chowan from N. Div. title contention. Chowan has a key date at Bowie State (1 p.m.) this week.

The Lions are led on offense by freshman QB Isaiah Freeman who has passed for 1,100 yards (186.7 ypg.) with 10 touchdowns and no interceptions. Sophomore running back Amir Gerald is third in CIAA rushing stats (89.5 ypg., 7.3 yards per carry.).

Bottom line, this is not the same Lincoln team that was shutout by VUU (32-0) last season.

Lincoln lost to four-time South Division champion Fayetteville State 19-7 on Sept. 17. In that game, the Lions gave up four FSU field goals and a lone touchdown after a fluke punt return fumble. Lincoln out-rushed (221 to 143 yards) and out-gained (330 to 256 yards) the Broncos. VUU narrowly escaped with a 31-28 win over FSU a week later (on Sept. 24).

Lincoln’s other conference losses this season were two-point decisions to Chowan (16-14) and to Elizabeth City State (21-19). Their lone conference win was 29-28 over Johnson C. Smith.

Head coach Dr. Alvin Parker’s Panthers signaled early that they are also not the same team from a year ago. After a 77-0 shellacking of Virginia-Lynchburg to open the season, they went to 2021 Div. II national runners-up Valdosta State and handed the Blazers a shocking 45-40 beating. Just a year ago, Valdosta State came to Richmond and administered a 51-7 whipping on the Panthers.

VUU is now up to 10th (from 11th) in this week’s AFCA NCAA Div. II Coaches Poll. The Panthers are 12th nationally (up from 15th) in the D2football.com poll.

They feature the leading rusher in CIAA and NCAA Div. II football in 5-7, 180-pound sophomore Jada Byers. He leads the nation in rushing yards (1,313), rushing yards per game (196.1) and is tied for first in rushing touchdowns (14). He is the workhorse of an offense that tops all of Div. II in scoring at 48.6 points per game. Grad senior QB Jahkari Grant runs the offense which also features freshman RB Curtis Allen (8 rushing TDs) and junior wide receiver John Jiles (22 rec., 329 yds., 5 TDs).

Getting by VUU will be a tall task for Lincoln.

In the South, four-time champion Fayetteville State (5-2, 4-1 South) has a two-game lead with three games left. The Broncos, under head coach Richard Hayes Jr., have all but wrapped up their fifth-straight division title and championship game berth.

227
The Latest in HBCU Sports and Culture