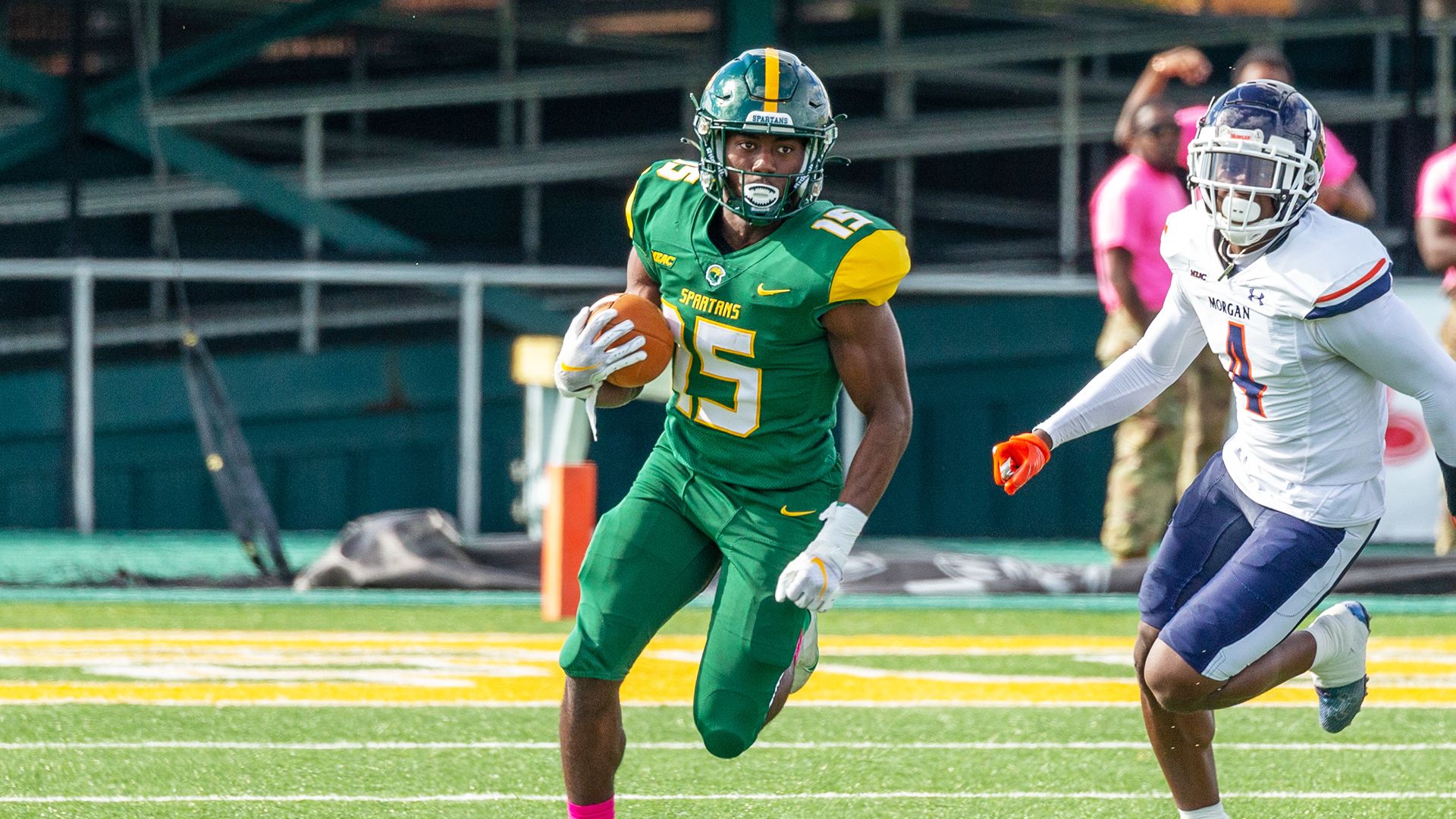 Norfolk State is struggling while Morgan State looks to emerge from hibernation. Who will come out on top in Baltimore.

The Morgan State Bears and the Norfolk State Spartans open up MEAC play at Hughes Stadium in Baltimore, Maryland. This is a tale of two teams going in opposite directions.

Morgan State is on a two-game winning streak showing consistent improvement under first-year coach Damon Wilson. At the same time, Norfolk State is 0-4 and has Dawson Odums looking for answers to turn the corner with a young team.

The Bears are powered by a running attack averaging 144 yards per game. Alfonzo Graham is the MEAC’s leading rusher with 339 yards and three touchdowns. Western Kentucky threw the ball for 466 yards and five touchdowns last game. The Bears are scoring 90 percent of the time in the Redzone.

On the other hand, Norfolk State is 0-4 and has lost seven in a row, counting last season. Jaylan Adams is one of the bright spots this year for the Norfolk State offense. Doing it with both his arm and legs, he has thrown for 363 yards and is the team’s second-leading rusher with 101 yards. At the same time, Jordin Lennon has emerged as the teams leading ground gainer, despite the presence of MEAC Preseason Offensive Player of The Year J.J. Davis.

The Bear’s aggressive defense is second in MEAC for total protection. They fly around at the ball and are led by Lawrence Richardson with a MEAC leading 36 solo tackles, and his partner Erik Hunter is playing a pivotal role with 16 solo tackles.

Norfolk State also has two explosive linebackers in Tyler Long and Marquis Hall. These two are the anchors of the defense; Long has 51 tackles, and Hall has 38.