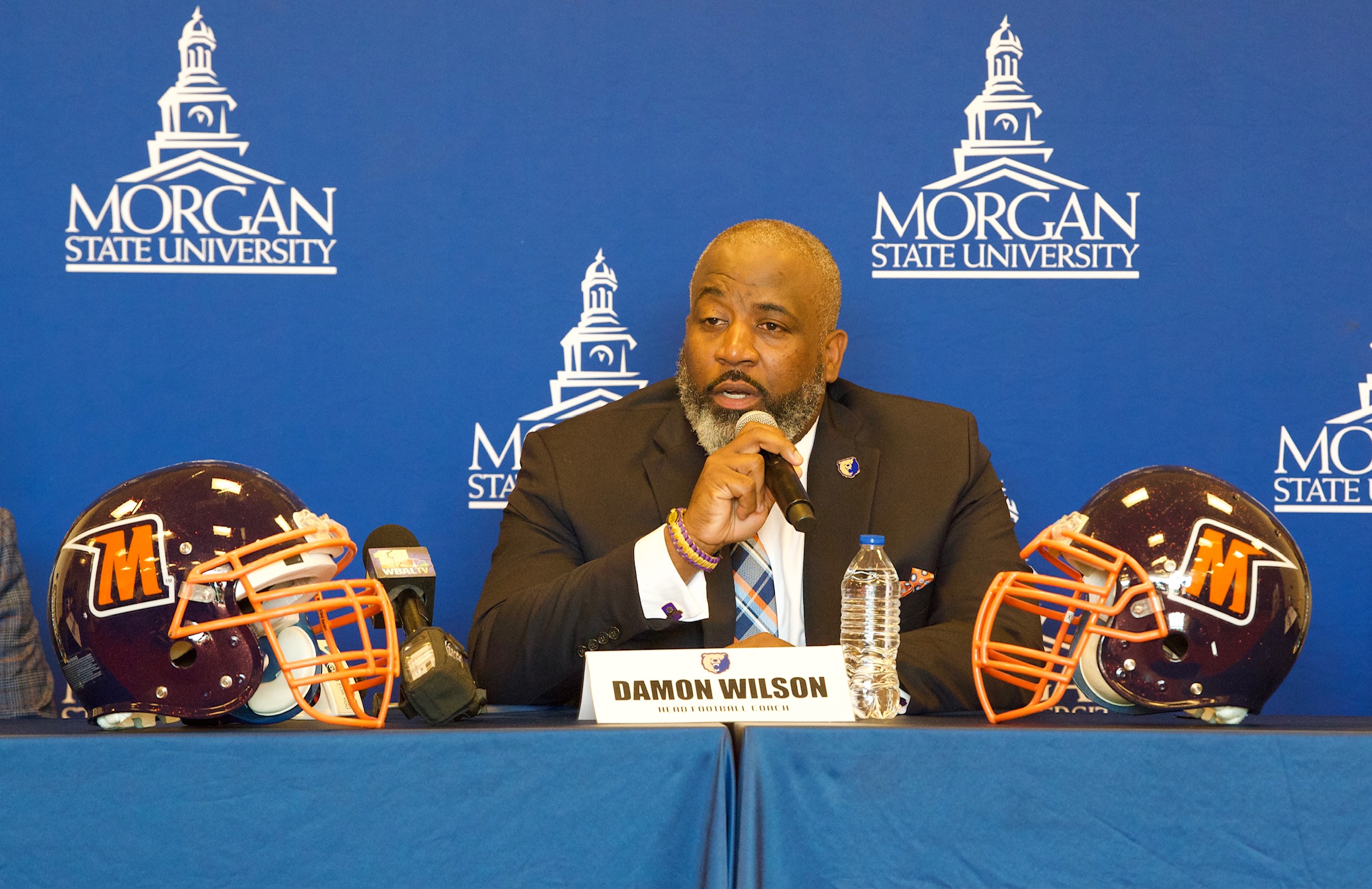 Damon Wilson turned Bowie State into a national power at the Division II level. Now he’s planning on doing the same for Morgan State in the FCS.

Here’s some of what Wilson had to say.

“One of the toughest decisions I had to make in my professional career, basically because of the students I had there, the staff that I had there, the support system that was on that campus. They saw Bowie go from a 5-5 program to a national powerhouse. And it was no doubt — without their support — we would never have been able to accomplish that.

I mean, everybody on campus really poured into that university, poured into our football program and our student-athletes. They bought into the vision. You know, it’s one thing to come in and try to get young men to believe in something that they hadn’t seen before. But they believed in us as a coaching staff and they saw the vision.”

On dusting off the Morgan State football tradition

“We’re getting guys here, we’re meeting our players and we’re looking forward to begin our second session of summer school July 5th and really spend some time with our guys to build the foundation that this program was going to be built on and educate them on the history that’s Morgan State football.

I think that’s something that’s been missing. That’s something that we’re definitely gonna take great pride in to make sure they understand where Morgan Football was and understand the direction that we’re going. At Bowie State, there wasn’t a long history of successful coaches. We have that here in Morgan State. We just have to dig a little deep to pull the information up. But I think it’s important because a foundation has been laid. There’s some guys and some students that graduated from Morgan State that remember the glory days. We want to bring those glory days back. And I think we have the ability to do that with the support of our administration and everybody’s support on campus. This is an all-hands-on-deck approach.”

On recruiting in the Tri-State area

“I have a great relationship with every coach and in the DMV area. If I don’t have a personal relationship, one coach on my staff has a personal relationship with their coach. They know what we were able to do with those student-athletes out of their high schools at Bowie State. They know we’re doing it at a higher level. We’re doing it with more scholarship resources, and we’re going to take be able care of those kids a little better financially than we were able to do it with regards to scholarships just because of the scholarship difference in FCS and Division II.

So the good thing — I don’t have to sell myself to those guys. Those guys have been in my circle, guys that I recruited for the last 20 years or so even I was in Texas. I also recruited guys from this area. So those guys went to Texas and came back home with a degree. They know they’re going to play a good brand of football.”

Morgan State will kick off the Damon Wilson Era on Sept. 3 against Georgia Southern.