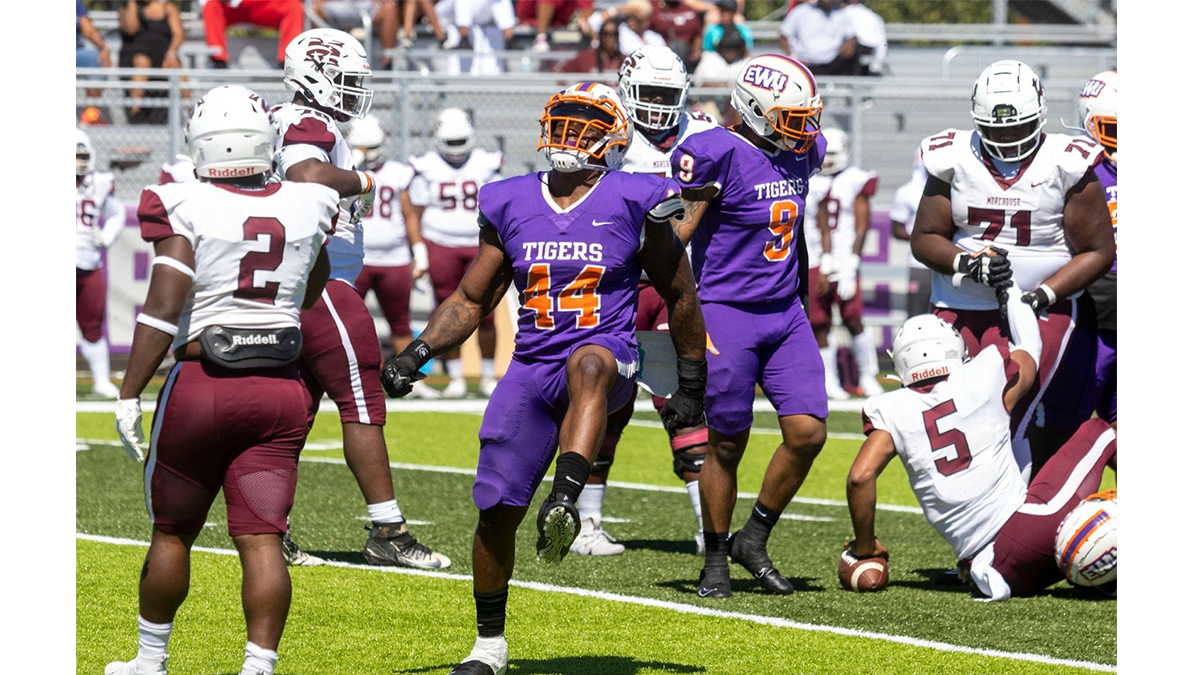 Bowie State quarterback and Morgan State transfer Dion Golatt Jr. topped the passing charts in games from Week Five. The graduate senior out of Largo, Md. hit on 32 of 40 passes. They went for a school-record 439 yards and four touchdowns in a big 69-0 win over Livingstone.

Golatt leads the CIAA with ten passing touchdowns. He is second to JC Smith’s Tyrell Jackson’s 299.7 yards per game at 276.8 passing ypg.

Three passers matched Golatt’s TD output. Langston senior QB Larry Harrington out of Raleigh, N.C, had four in a win over Lyon. Virginia Union grad QB Jahkari Grant of Windsor, Ct. got his quartet in a win vs. Saint Augustine’s. Southern redshirt sophomore QB Besean McCray out of Orlando, Fla. got his four in a beatdown of Arkansas-Pine Bluff.

Bethune-Cookman QB Jalon Jones, who transferred from Jackson State a year ago, had the second-best passing yards outing. He threw for 353 yards in a 35-27 loss to Alabama A&M.

Tuskegee senior Taurean Taylor was the only runner this week to top the 200-yard mark. The 5-7, 180-pound senior from Scottsdale, Ga. had a 218-yard output this week as the Golden Tigers downed Clark Atlanta in a double-overtime thriller. It allowed him to move into second place behind Fort Valley State’s Emanuel Wilson in the SIAC rushing stats. Taylor is now averaging 85.8 yards per game.

Wilson’s FVSU team lost its first game to Benedict Saturday but Wilson did his part. The 6-1, 200-pound Charlotte, NC native and JC Smith transfer, rushed for 110 yards on 20 carries. After a 262-yard outing to start the season vs. Tuskegee, Wilson is averaging an SIAC-best 130.0 rushing yards per game.

Alabama A&M RB Donovan Eaglin is a sophomore transfer from Michigan State. He had the second best rushing day Saturday. He churned out 190 yards on 27 carries and scored twice in the Bulldogs’ 35-27 win over Bethune-Cookman.

Six-foot, 190-pound senior Tyler King of Edward Waters fell just short of the century mark in rushing yards but led all running backs with three TDs this week. The Marshall transfer had 96 yards on just nine carries. The Tigers defeated Morehouse Sunday 49-20 for their first win of the season.

Smith, the 5-10, 170-pound all-American out of Haines City, Fla., had 13 receptions in the Rattlers 34-7 win over Mississippi Valley State. He totalled a second-best 128 receiving yards and matched Allen’s two TD receptions.

The charge on defense this week was led by Grambling linebacker Lewis Matthews and Fayetteville State defensive end Cameron Merrell.

Merrell, a redshirt junior out of Atlanta, had three sacks for -12 yards vs. Chowan. He led the Broncos with 12 tackles overall, 8 solos. He also forced and recovered a fumble in the 13-10 FSU win.