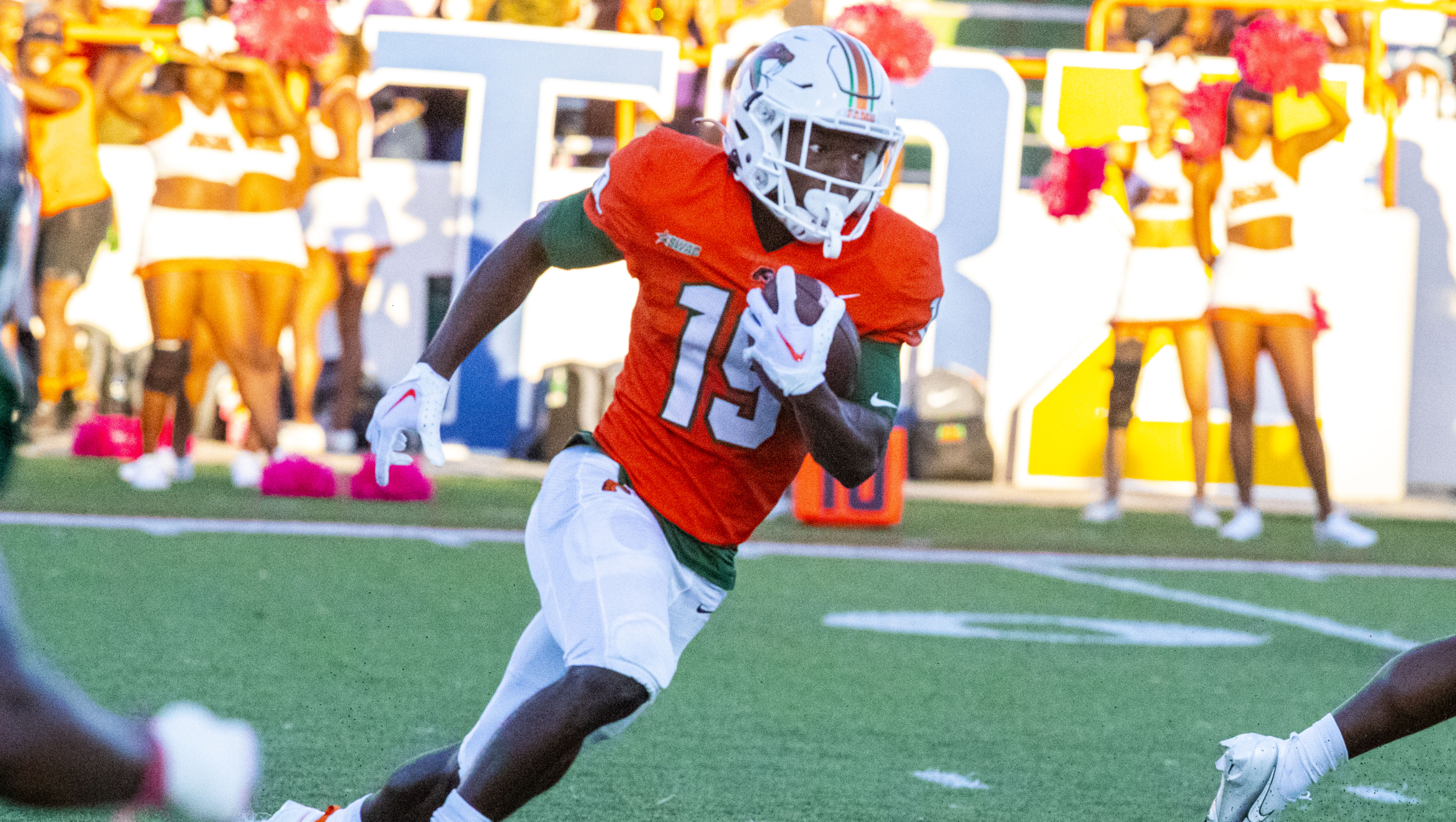 FAMU puts Valley to bed with another big game for Xavier Smith.

Florida A&M (FAMU) and Mississippi Valley State University played a competitive first half before FAMU pulled away in the second to take the 34-7 victory on Saturday evening.

Xavier Smith went for 128 receiving yards to lead Florida A&M’s aerial attack. FAMU put an emphasis on valuing the ball, and did not commit any turnovers all game. The extra care paid off, as FAMU’s offense was able to sustain drives and amass 408 total yards.

Mississippi Valley State University had trouble with Florida A&M’s defense all game, giving up five sacks. They also racked up 36 yards of penalties, which proved too much to overcome. Cobie Bates was a noticeable bright spot. He had three receptions for 105 yards and one touchdown.

FAMU head coach Willie Simmons was pleased with several aspects of tonight’s game. “I thought it was a good team win.  Defensively, I thought those guys played lights-out ball the entire evening, other than one busted play that we gave up there in the first quarter.  I thought those guys played solid football,” Simmons said. “Offensively, we started fast, scored on the first drive for the first time this season, which was good to see.  Then we kind of stalled on a couple of drives after that with some untimely drops and some missed opportunities in the run.  Just trying to find a consistency on that side of the ball.”

Florida A&M improves its record to 3-2 with the win. FAMU will hit the road for their next test, an Oct. 8 matchup against South Carolina State.

“We definitely know the quality of coach Buddy Pough is and the quality of their football team.  They are the reigning MEAC and Celebration Bowl Champions for a reason.  I think they have a few guys that might get the chance to play at the next level,” Simmons said.  “They’re really talented, they’re fast, athletic and again they’re one of our rivals from the MEAC.   It’s going to be a great crowd in Orangeburg and it will be an intense football game.  It was always intense when we were conference foes and now that it is an interdivisional conference game with the SWAC and MEAC, it gives a little incentive on both sides.  Respect doesn’t give justice to what Coach Pugh means to not only me, but the coaching profession.”

Unfortunately for Mississippi Valley State University, they couldn’t turn things around in this one, and their losing streak now stands at five games. They’ll get a chance to get a win in their next game against Alcorn State. That game is also on Oct. 8.