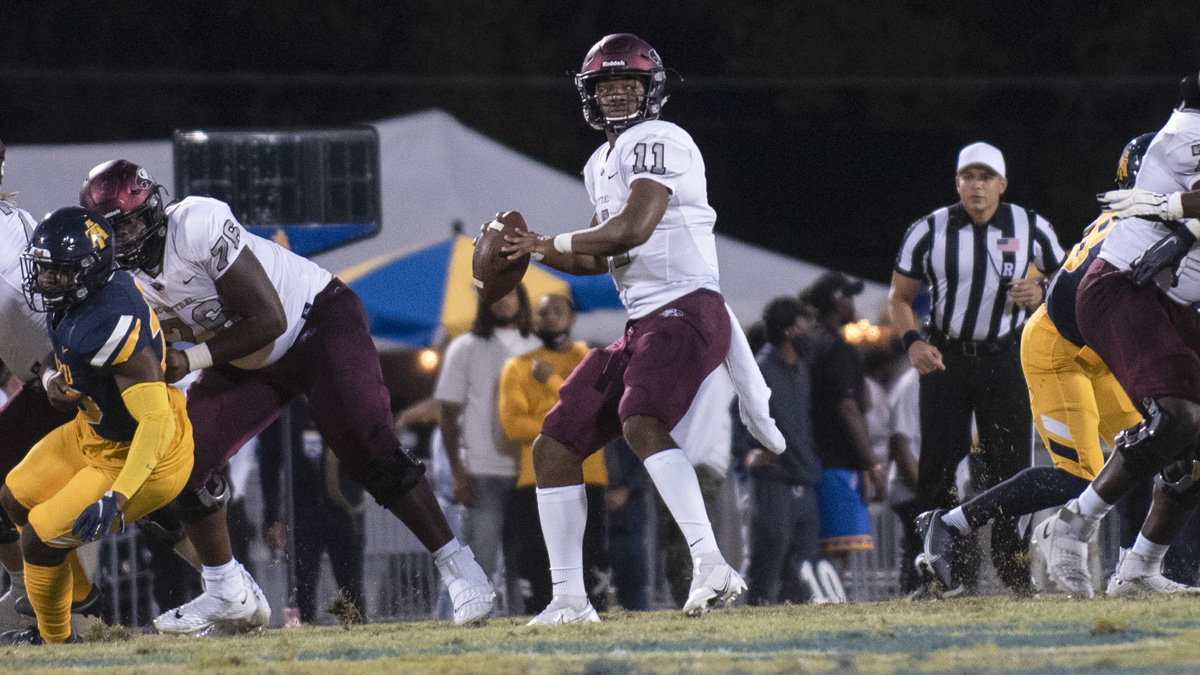 North Carolina Central was dominant in this one, racking up 59 points on Saturday evening to storm past Virginia-Lynchburg in a lopsided 59-14 victory.

NC Central was led by Davius Richard, who proved his dual-threat capabilities. He threw for three touchdowns and rushed for another. NCCU piled up 465 yards in an efficient offensive performance. On top of that, North Carolina Central’s secondary locked in. They held Virginia-Lynchburg to just 4.1 yards per pass attempt. A total of eight NC Central players scored touchdowns on Saturday.

Virginia-Lynchburg could not contain North Carolina Central’s defense, giving up four sacks for 25. On top of that, Virginia-Lynchburg’s defense couldn’t handle NCCU’s running game, giving up 7.0 yards per rush. No one can fault the effort of David Anderson, though. He collected one touchdown on the ground.

North Carolina Central’s record improves to 4-0 following their win today. It was more of the same for Virginia-Lynchburg as the losses continue to add up for the season. ‘s current losing streak dates to Sept. 1. Each team will get their next chance on Oct. 1.

NC Central will look to keep it rolling in their next game against Campbell. While VUL will hope to rebound with a road win against Morgan State.