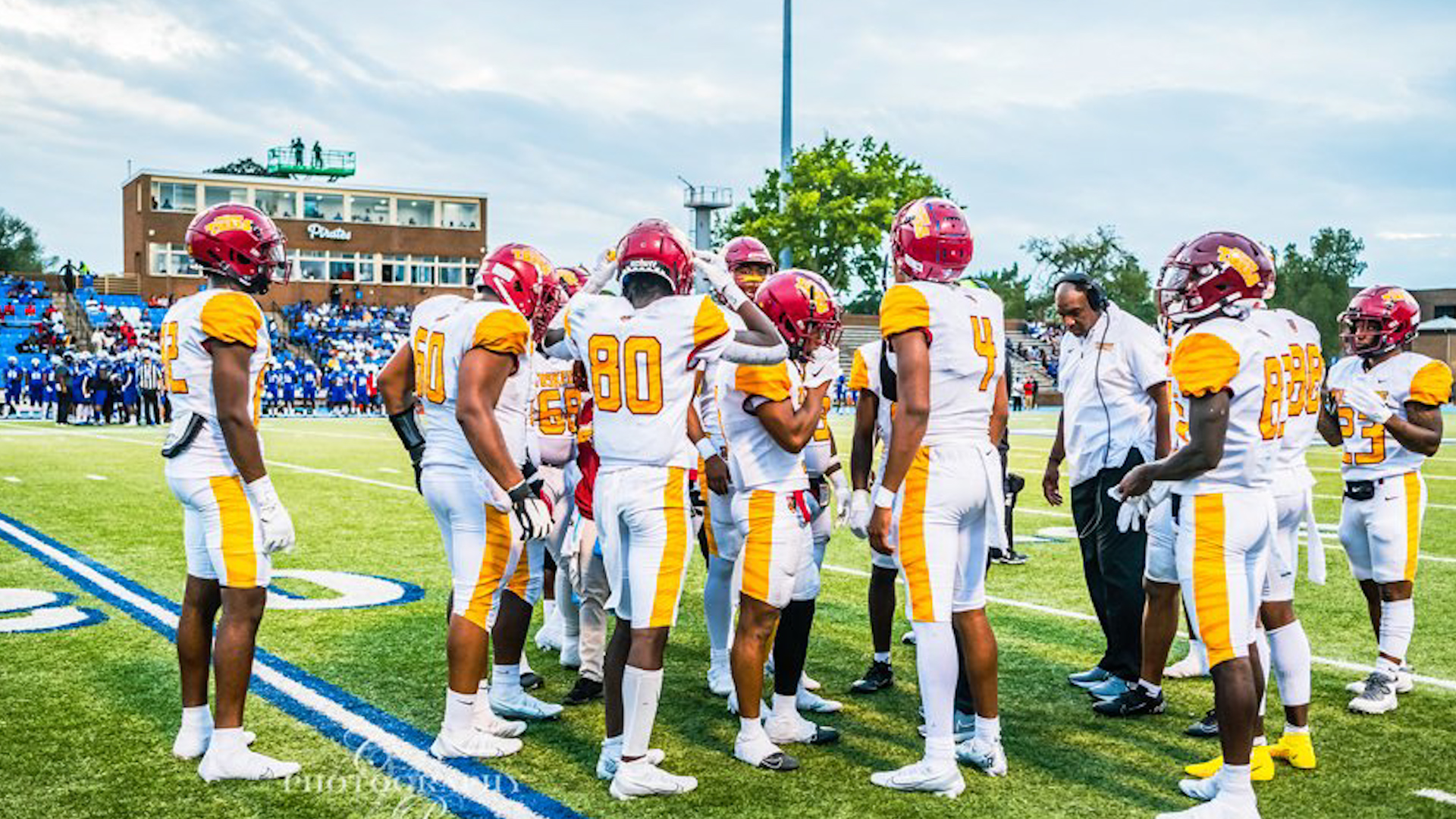 Tuskegee’s 700th official victory is the fourth most in Division II college football history and most among all HBCUs.

LIVINGSTON, Ala. – In a hard-fought defensive battle, Tuskegee (1-2) pulled off the upset win on the road against West Alabama 13-10 in non-conference play for their first victory of the season and 700th official win in program history.

The two teams traded scores in the first half, before a field goal from Arnes Huskic (Jacksonville, Fla.) with 5:38 to play proved to be the difference, as the Golden Tiger defense ended the game with an interception from Zelly Aldridge (Gallion, Ala.), after allowing just 10 points in front of the home crowd at Tiger Stadium on Saturday afternoon.

Taurean Taylor (Stockdale, Ga.) was crucial in his season debut in the backfield, accounting for 100 yards from scrimmage. Meanwhile, Bryson Williams (Lithonia, Ga.) handled the quarterback duties, finishing 19-for-28 for 152 yards and a touchdown on the day.

The Golden Tiger defense also had a strong game, holding West Alabama to just 23 rushing yards on 16 carries, while also forcing an interception for the second consecutive game. The Tigers totaled 15 first downs and 230 yards of offense as Tuskegee possessed the ball for 41:39 of the game’s 60 minutes, running 72 plays compared to 60 by West Alabama.

“We just kept the faith,” Tuskegee head coach Reginald Ruffin said when asked about his team rebounding against West Alabama. “I made sure to communicate with our players that we had the ability to compete with anyone once we fixed some of our mental mistakes, and that’s what happened today for us, and we got the win.”

Huskic capped off a 10-play, four-minute drive, covering 50-yards in the first quarter with a 42-yard field goal to open the scoring for the game, before Williams found freshman receiver Corey Petty (Warner Robins, Ga.) in the endzone with under a minute to play in the first half to tie the game at 10-10.

The second half was a defensive battle, with neither team giving up points during the third quarter. After a turnover on downs by Tuskegee on their first possession of the half, there were five straight punts to end drives between the two programs.

Tuskegee broke the 10-10 tie with an eight-play drive, spanning just over four minutes of play capped off by a Huskic field goal. The Golden Tigers forced West Alabama into another punt on the next possession and took up just under three minutes – highlighted by a crucial 39-yard rush on third down to keep the chains moving on their final drive to give West Alabama just 34 seconds for their last drive that ended in an interception.

“This was a very important win for us as a program as well as for all of our Tuskegee family,” Ruffin stated. “With this being our 700th win in program history, it also shines a light on players who led the way for our university in the past and will hopefully continue to inspire us going forward. This West Alabama program is a well-coached team, and it was a huge boost of confidence for our team and fan base to pull this hard-fought game out.”