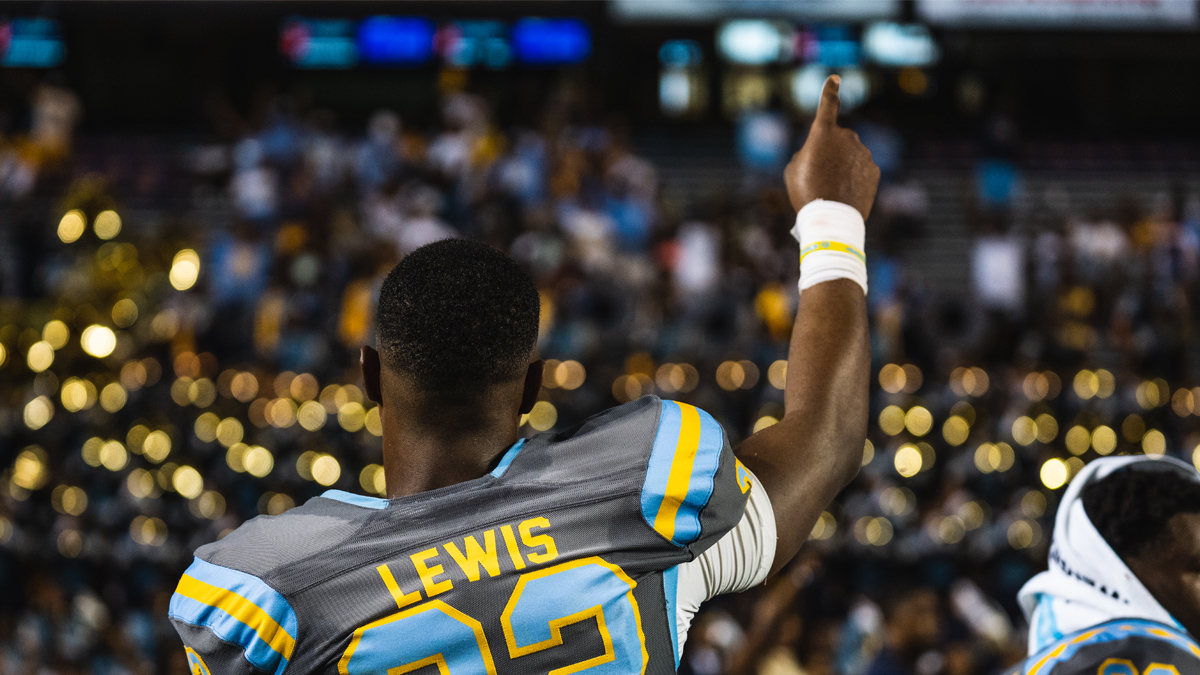 After a tough game against LSU, Southern University football got a lift from its fans on the field.

It’s hard to find a silver lining in a 48-point loss, but Southern University head coach Eric Dooley did find several of them in the wake of a historic matchup with LSU.

Southern met cross-town foe LSU on the football field for the first time in the history of the two programs, falling 65-17 to their neighbors from South Baton Rouge. Many of the 102k fans that filled into Tiger Stadium at the start of the game left after the joint half-time performance between LSU and Southern.

But a strong contingent of Southern University supporters remained until the very end to cheer on their young men as the Human Jukebox played the school’s alma mater and the team jogged into the tunnel to change. That’s something that was not lost on Dooley or his players.

“We didn’t have our best performance. No, it wasn’t a winning performance,” Dooley said on Monday’s SWAC news conference. “But for the Jaguar nation to be there and stand tall and proud and cheer those young men on, all that just let you know right there what type of fans that we have that they’re here.”

Southern University alumnus Angelle Jenkins was one of the supporters who stuck around until the very end.

“A lot of us left — most of us — left. But a lot of us stayed,” Jenkins said. “And after the alma mater, for all of us to scream and yell…they were kind of down a little bit, but then it was like they looked up and went ‘people are still here.”

“They are 100 percent blue and gold, and you got to love that,” Dooley continued. “That’s one thing that I did mention in the locker room that those guys were still our fans were still there waiting for us to come out with a cheering voice. So that’s very pleasing.”

Besides the feel-good parts of the game, Southern actually produced on the field considering the opponent.

Southern rushed for 201 yards on the ground for an average of almost five yards per rush. Though much of that came against LSU’s backups, Dooley thinks it bodes well moving forward.

“The one thing I do know about the Jaguars, they will fight for 60 Minutes,” Dooley said.  “And we had some encouraging things, when you take a look at it. But we had a lot of turnovers. When you have turnovers, I don’t care what team facing, you can’t win that game. But the encouraging part of it, we were able to cut down on our penalties. That’s one thing we wanted to make sure we did.

“But to establish a running game on an SEC team that rushed over 200 yards, I thought that was a plus,” Dooley said. “So some encouraging things and things we can build on.”