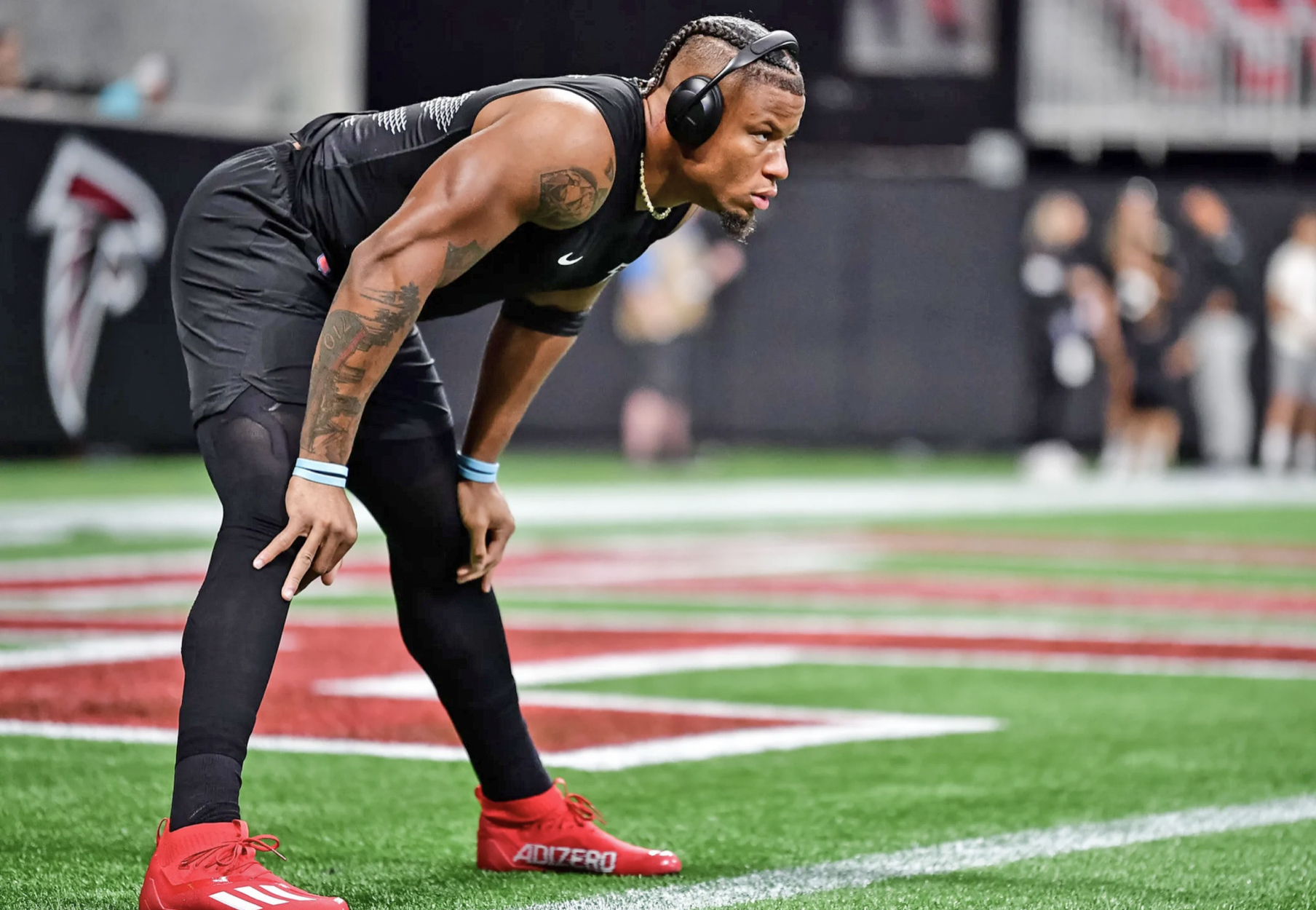 Atlanta linebacker Quenton Bell out of Prairie View A&M warms up for Sunday’s game vs. New Orleans. Bell played ten defensive snaps (16%) and 25 special teams’ snaps (78%) in the Falcons’ 27-26 loss to the Saints.

The HBCU NFL rookies got most of the publicity in the preseason. That was not the case when real PT (playing time) began this week.

Tried and true veterans from the HBCU ranks stepped to the front once toe met leather this week. The kickoff of the 2022 season was Thursday that continued with the bulk of the schedule on Sunday.

Veteran offensive linemen like Terron Armstead (Arkansas-Pine Bluff) of Miami and Tytus Howard (Alabama State) of Houston were their usual reliable selves. Armstead, who spent his first nine seasons in the league with New Orleans, played in 97 percent of the Dolphins’ snaps in their 20-7 win over New England.

Howard was in for all 70 snaps in the Texans’ 20-20 tie with Indianapolis.

Hargrave played more than half (55%) of the Eagles’ defensive snaps in their 38-35 win over Detroit. Stewart was among the Colts’ leaders with five tackles, all solos, and two hits on the quarterback vs. Houston.

Notably absent from play this week was veteran all-pro linebacker Shaquille (formerly Darius) Leonard out of South Carolina State. The Colts decided to hold him out for Sunday’s game. Leonard is recovering from offseason back surgery.

Rookies from the HBCU ranks like draftees Cobie Durant (South Carolina State) of the LA Rams and Joshua Williams (Fayetteville State) of the Kansas City Chiefs got the most action.

– # 97 JAVON HARGRAVE, DT, Philadelphia (7th season, SOUTH CAROLINA STATE) – Started at defensive tackle for the Eagles in 38-35 win over Detroit and finished with two solo tackles. Hargrave was in on 38 plays (55%) on defense.