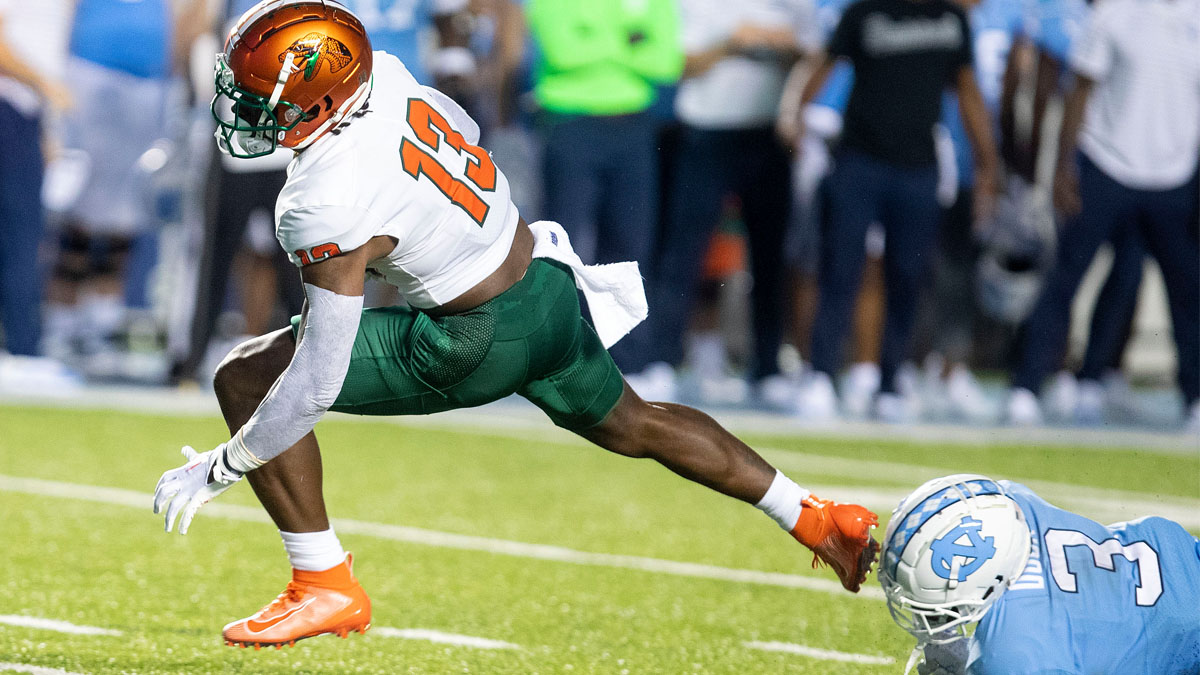 Florida A&M hoping for mercy from NCAA for eligibility woes

Florida A&M fought valiantly against North Carolina, but it also experienced injuries to an already decimated O-line. It’s hoping the NCAA helps out.

FAMU was within striking distance of UNC heading into the fourth quarter, ultimately losing 56-24. A respectable score for an FCS program against an ACC program, especially being down nearly two dozen players — including its best NFL prospect in Isaiah Land — due to a borderline absurd number of athletes who were ineligible for the game.

Besides the loss in the score column, Florida A&M suffered other losses along its already thin offensive line. FAMU came in the game with just seven eligible, healthy offensive linemen and two of them suffered significant injuries according to to head coach Willie Simmons. One may even be out for the year.

“That’s the risk that you play, playing the game of football. We know that,” Simmons said. “But when you don’t have a lot of eligible bodies, that becomes problematic. So hopefully we can get some of these guys back because we definitely need it.”

Simmons says the NCAA has extended “grace and mercy in the past” and he’s hoping that will happen soon.

“At this point it’s definitely a safety concern when you’re talking about not having enough eligible or viable offensive linemen to compete in the game,” Simmons said. “We hope they consider all of those circumstances and — I think — do the humanly thing and not penalize these young men and risk further injury when you don’t have enough guys to go and safely play one of the most physically demanding games of all-time.”

Those NCAA decisions can’t come quickly enough. FAMU is slated to play defending SWAC champion Jackson State on Sunday in the Orange Blossom Classic in arguably the most highly anticipated game in SWAC and HBCU football — if not all of the FCS. Simmons revealed that the SWAC office is intervening as the program works on its internal compliance issues.

“We’re working through some of those processes this week,” Simmons said. “As of today, no change. But we do have, thankfully, the help of the conference office. They’re sending down some individuals to assist in compliance — whether it be filing waivers or getting interpretation on rulings and some of those things that will allow us to get those guys back on the field.”

The decisions are at the discretion of the NCAA, and they can literally do it right before kickoff.

“We’ve had situations in the past where we’ve flown guys in on game day,” Simmons said. “We flew a guy in this past weekend on game day. So we do have a scheduled departure day, we’re looking at that now, whether we’ll adjust that to give a little more time to get more guys cleared.”

Simmons revealed that there is a contingency plan to get student-athletes to Miami for the Orange Blossom Classic should they become available.

“We’ve spoken with the athletic director and administration. We do have a plan that if we can get a few guys cleared after we leave for Miami then we’ll obviously have to get them down there as well. until kickoff to get them cleared. I’ll take a last-second addition any day of the week.”

Florida A&M hoping for mercy from NCAA for eligibility woes