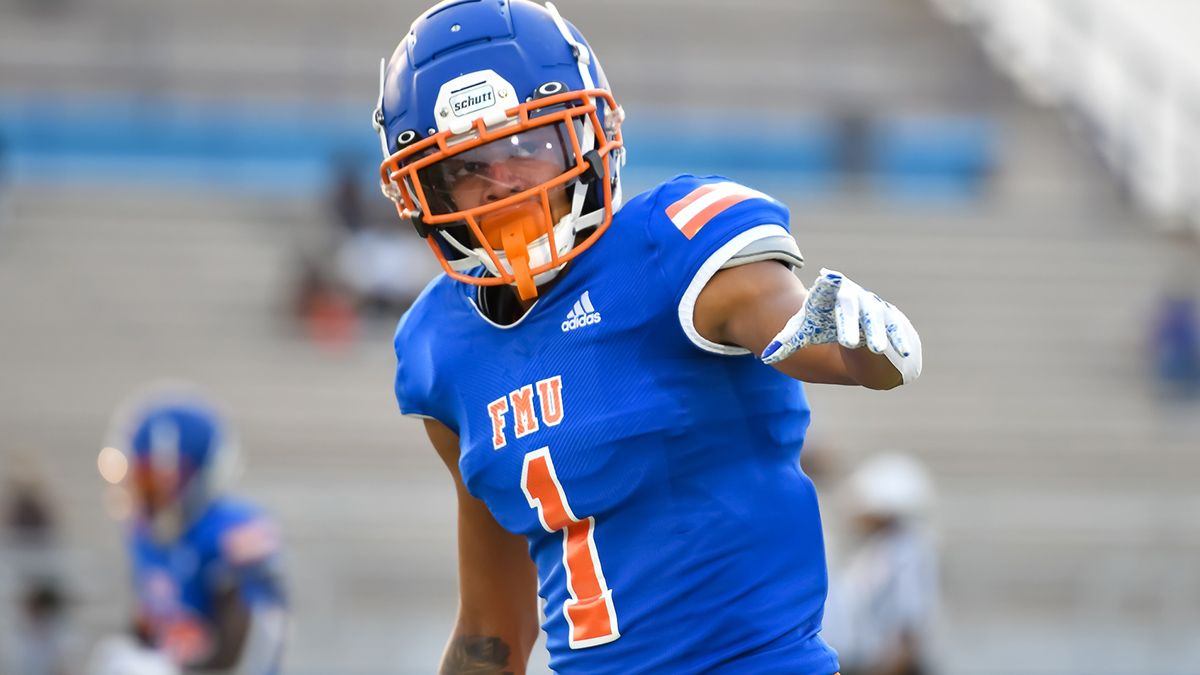 Florida Memorial got off to a great start and was able to hold off Edward Waters for a win in the Big Cat Classic.

MIAMI GARDENS, Fla. | With five seconds left in the 2022 Big Cat Classic, Florida Memorial defensive back Darius Conley sealed the deal with an interception to capture a 39-34 victory over the Tigers of Edward Waters in a fantastic battle between the two Florida programs in the first HBCU classic of the year. Despite trailing 26-0 at halftime, the Tigers stormed back to score three touchdowns in the third quarter, but it wasn’t enough as FMU prevented a repeat from last season, this time holding on to victory by forcing a turnover on the final possession.

Florida Memorial head coach Bobby Rome earned his first career victory at FMU as his team stays undefeated in a thriller heading into next week’s big contest in Baton Rouge against Southern University.

“Going into the game we were really eager to get on the field and show some of the things we’ve been working on during the off-season and all through training camp,” said Rome. “I think we have an outstanding coaching staff and a great group of men who are willing to go out and work hard, because they put the work in. I was eager to see what we would do on Saturday, and I’m proud of the outcome. I’m proud of the way my team came out and performed, and hopefully we get another victory next weekend against Southern.”

Florida Memorial scored on its opening drive on a 10-play, 69 yard drive that resulted in a touchdown pass from quarterback Antoine Williams to wide out Markell Lee. After the Lions defense forced a three-and-out, Williams connected with Lee on an 18-yard touchdown pass on another 10-play drive, this time covering 64 yards.

Later in the quarter, FMU’s defense made a crucial play and caused a 4th down fumble when Jaiden Louis jarred the ball loose from Tigers running back David Johnson. FMU linebacker Joshua Mimms recovered the fumble to end the drive for the Tigers.

The Lions scored another two touchdowns in the second quarter; the first coming off a 62-yard touchdown pass from Williams to Christian Edger. FMU’s defense stepped up again and returned the ball to the offense, when Williams fumbled the ball inside the red zone which was recovered by EWU. However, FMU scored again later in the quarter on a 5-yard rushing touchdown from sophomore running back and Miami native George Young.

Check here for a complete list of HBCU classic games this fall.

“Edward Waters is a good football program, so at halftime, I told them that we have to be ready to take that blow in the second half and be able to execute and finish when we need to, and we did that tonight,” Coach Rome explained. “I’m so proud of our young men; we found a way to win and we found a way to pull it out. That’s what good football teams do.”

Edward Waters came to play in the third quarter, scoring three touchdowns, cutting the deficit to 32-21 heading into the fourth quarter. The Tigers added an additional two touchdowns and looked to complete the comeback, but a late fourth-quarter 1-yard touchdown run from Young proved to be the game-winning score.

For the game, Williams was 25-for-36 with 382 passing yards, three touchdowns and two interceptions while Young rushed for a total of 134 yards and three touchdowns. On the defensive end, Mimms produced a team-high nine tackles while teammate and sophomore defensive lineman Antwan Davis produced a game-high four sacks. The Miami native also added eight tackles in the victory.