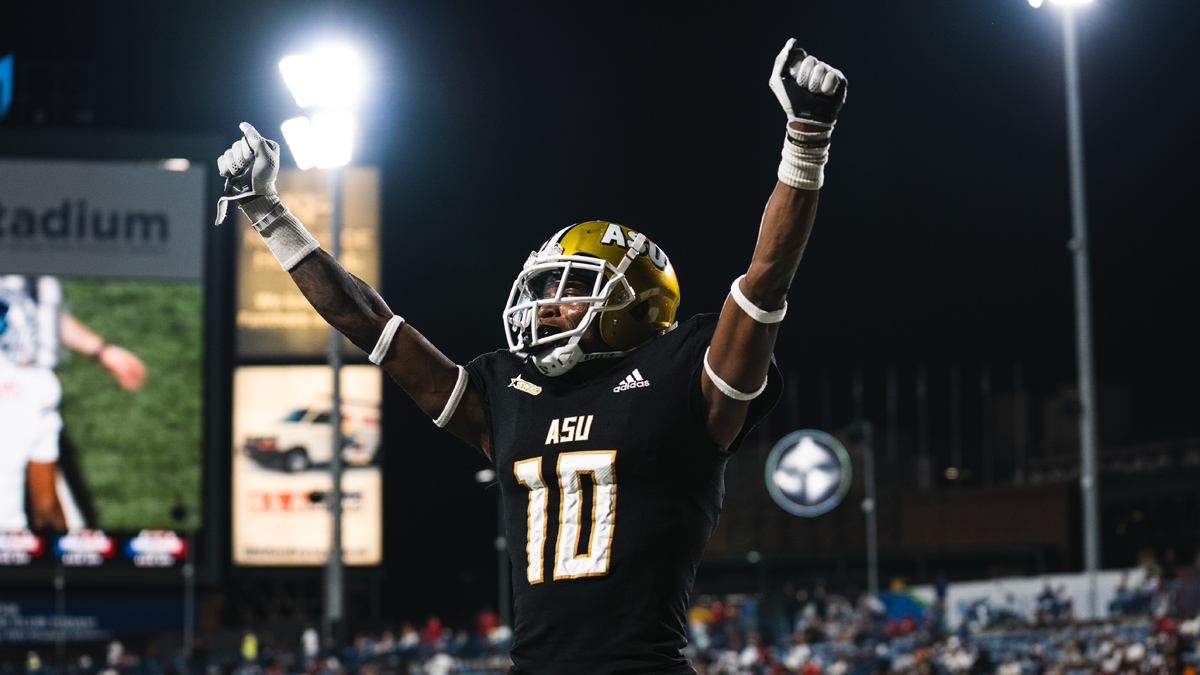 Alabama State coach wanted to win for himself, his school and the SWAC. His team did all three, though not in any way he could have predicted.

The rookie head coach won his debut as Alabama State beat Howard 23-13 in the MEAC/SWAC Challenge in a bizarre ending to a bizarre night.

It was well after midnight following multiple delays due to weather early in the evening. Most of the 21,000-plus announced attendees had long gone. Alabama State held a 23-13 lead with 2:12 left — but Howard had the ball. Then lightning struck over the eastern sky, and game officials decided to pause once more, eliciting a resounding collective groan on the ASU sideline as they went back into the locker room once more.

They wouldn’t come back out to the field as the game was called in favor of ASU as the free light show in the sky continued.

It was quite a first game for Robinson, an ASU alumnus and former NFL linebacker who had never coached a game on any level prior to Saturday’s contest. However, you wouldn’t know that based on his cool demeanor, which was necessary on a night like Saturday.

“It was one of those games the guys came out there, you just had to keep them calm,” Robinson said. “They were so excited over the last couple of days and I think that kind of played a factor early on with all that enthusiasm. Everybody wants to get the big hit and make the big play.”

Alabama State did commit a game-high 11 penalties, but overall it was a positive night for a team with 16 transfers — including a redshirt freshman starting quarterback —  and a rookie head coach. Eddie Robinson knows there is room for improvement, but he was clearly happy with the win.

“First game — you always want to get a W. But there’s so many things we can learn,” Robinson said after celebrating the victory with his team. “I’ll let the kids enjoy tonight. We’re never gonna apologize for winning, but once you get past that, now. You know we have to get back to work.“

Besides getting a win for his alma mater in his coaching debut, he also helped the SWAC get a rare win in the MEAC/SWAC Challenge. It’s something that he talked about back in June during the game’s summer press conference, and on Sunday morning, he and his ASU program delivered it.

“I’m a SWAC guy. I mean, I grew up going to the Bayou Classic, watching coach Eddie Robinson and all those games and playing in the conference against the (Jackson State head coach) WC Gordens and the Marino Casems and my coach Houston Markham,” Robinson said.

“So I don’t care who a SWAC team is playing I’m always rooting for that team. So I wanted to represent the conference well that was really big to me. The MEAC’s been doing a great job against us. So it was good for us to get it a “W” on the board.”