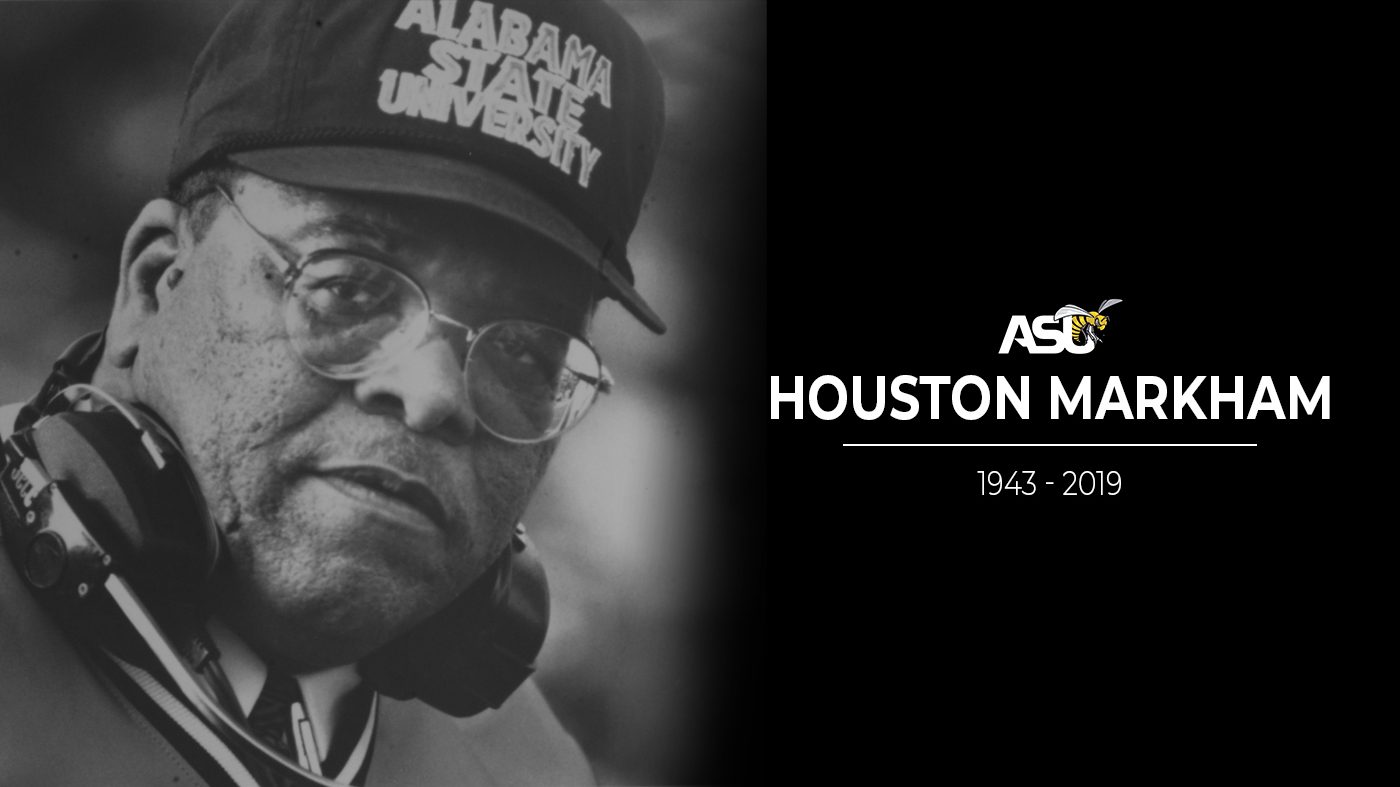 MONTGOMERY, Ala. | Former Alabama State head coach Houston Markham, Jr. passed away Wednesday July 17th with loved ones by his side.

Markham, the winningest head coach in Hornets’ football history, leaves behind a legacy unmatched at Alabama State. He coached at the institution from 1987 until 1997, leaving the school with 68 victories which still stands as the highest total among any coach in school history.

His best season at the helm of the Hornets came in 1991 when the team finished 11-0-1, winning the Southwestern Athletic Conference (SWAC) championship. The only blemish on the record for the Hornets that season came against Texas Southern when the two teams tied at 14-all, as the Hornets raced to the HBCU National Championship with a 36-13 victory over North Carolina A&T in the Alamo Heritage Bowl.

Markham, who finished with a career record of 68-47-4 (.588), also had four players drafted in the National Football League (NFL) draft during his tenure.

Because of his accomplishments as a head coach, the building that houses the Hornets football program bears his name.

Statement from President Dr. Quinton T. Ross, Jr.
“The Houston Markham, Jr. Football Complex is a lasting tribute to a man who was a true Hornet legend. I considered him to be a personal friend and mentor. I first knew him when I was a student at ASU; his son was one of my classmates, and the Markhams and I attended the same church. Coach Markham was a great advisor, who shared his wisdom and life experiences freely and lovingly with students both on and off the field. He will be greatly missed as a prominent member of this community and as a committed supporter of ASU and ASU athletics. We ask that fans and the general public keep the Markham family in their thoughts and prayers.”

Statement from Director of Intercollegiate Athletics Jennifer Lynne Williams
“Our thoughts and prayers go out to the Markham family on the passing of Houston Markham, Jr., and to his former student-athletes at Alabama State. Coach Markham impacted a lot of lives during his time, and even after his time, as head coach of the Hornets because he stood for so much more than just football. His presence amongst our football program and department will be missed dearly. He will be remembered as one of the legends of Alabama State football, and our Hornet family will benefit greatly from his legacy for years to come.

All-Time CIAA Football Champions
Can a more mature Alabama State make its move in the SWAC?
To Top
X