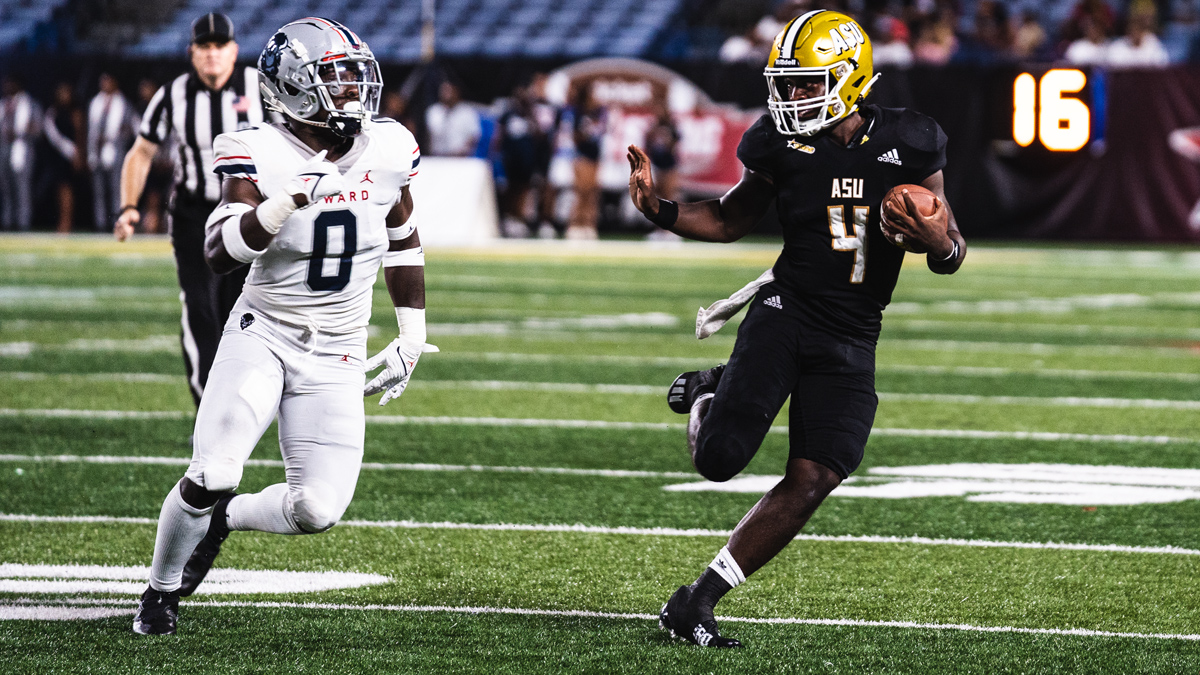 The MEAC/SWAC Challenge lasted until Sunday morning, and even then it didn’t finish. But Alabama State picked up a win in its opener.

ATLANTA — Alabama State outlasted Howard University on Saturday evening in the MEAC/SWAC Challenge by a final score of 23-13 in a game that had multiple weather delays and was ultimately ended by an official decision instead of a final whistle.

Lightning delayed the start of the game from its original 7:30 kickoff along with the accompanying heavy rains. The game would be halted twice during the contest, including the final nail in the coffin with 2:12 remaining in the game shortly after 12:30 AM EST. By that point, most of the announced crowd of over 21,000 fans had long filed out of Center Parc Stadium.

In any event, the win gave the SWAC its first win in the MEAC/SWAC Challenge since 2018 and just its fifth overall in the series, which dates back to 2007. It was Alabama State’s first win in three tries.

Redshirt freshman Dematrius Davis was named the game’s MVP as the Auburn transfer completed 16 of 23 passes for 184 yards and one touchdown in his first collegiate game.

Running back Jacory Merritt led Alabama State in rushing in this one, scoring one touchdown on the ground. The team’s potent offense accumulated an impressive 360 total yards. On top of that, Alabama State’s secondary locked in as it held Howard to just 4.4 yards per pass attempt.

Running back Jarett Hunter led the way with just 32 rushing yards, a testament to Howard’s offensive struggles. HU’s secondary was a different story, allowing Bama St.’s offense to rack up 10.2 yards per pass attempt. They also racked up 65 yards of penalties, which proved too much to overcome.

An opening day win has Alabama State feeling good. It will get its next test when it welcomes Miles to ASU Stadium on Sept. 3. A loss to start the season is not what Howard had hoped for. They’ll get a chance to turn things around in their next game against Hampton. That game is also on Sept. 3.