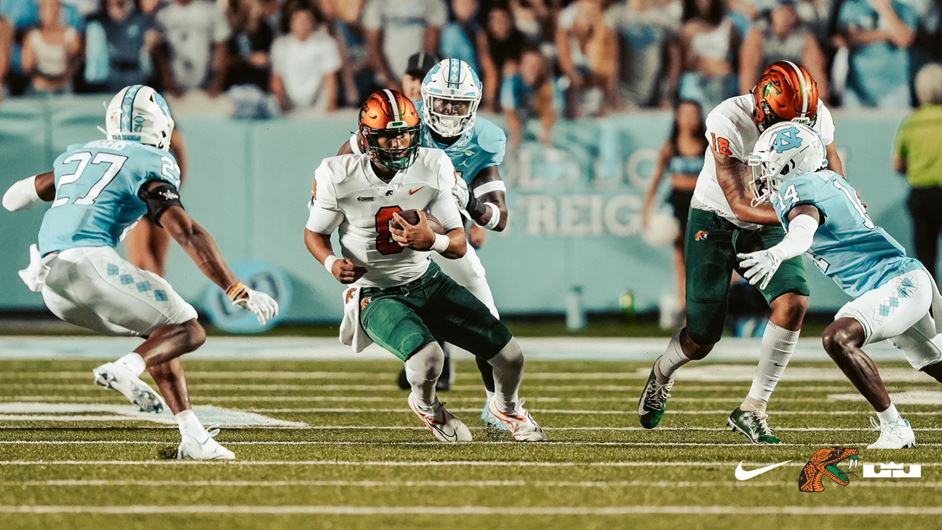 NORTH CAROLINA – North Carolina kicked off the season opener with two first quarter touchdowns. They kept the momentum and walked away with the victory on Saturday night, defeating Florida A&M 56-24.

Drake Maye led North Carolina’s aerial attack with 294 yards and five touchdown passes. The team’s offense did not turn the ball over all game, while only accumulating five total penalties. The extra care paid off, as the Tar Heels’ offense was able to sustain drives and amass 608 total yards.

Florida A&M’s pass defense was a key component to their struggles against the Tar Heels. They allowed 7.7 yards per pass attempt. They also racked up 48 yards of penalties, which proved too much to overcome. The score might not show it, but FAMU’s Jeremy Moussa had a good game. He went 28-38 for 279 yards.

The first game of North Carolina’s season sees them come away with a victory. The Tar Heels will hit the road for their next test, a Sept. 3 matchup against App State. Unfortunately for Florida A&M, they’ll have to recover from this start to their year. They will look to rebound in their next game against Jackson State on Sept. 4.