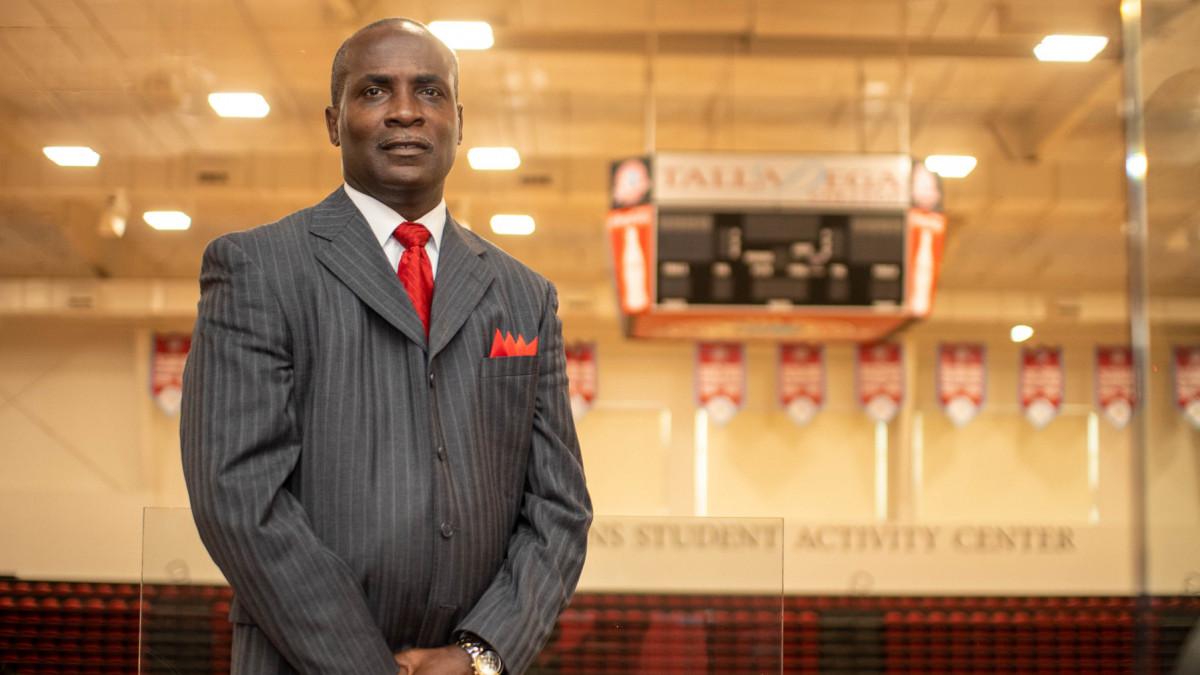 Talladega not ready yet for football, SIAC

New Athletics Director Michael Grant is rebuilding the athletics program at Talladega literally from scratch. Getting the historic HBCU NAIA school ready to bring back football or move up to rejoin the NCAA Div. II SIAC is on the table but is going to take some time.

Any report that has Talladega College bringing back football or moving from the NAIA to NCAA Div. II status soon to rejoin the Southern Intercollegiate Conference (SIAC) is premature, new Athletics Director Michael Grant said this week.

To say Grant has had more pressing matters to handle or has been busy would be an understatement. Swamped, is more like it. He had to hire eight head coaches or staff members in 15 days.

Bringing back football and rejoining the SIAC are still on the table. But it’s not a priority right now, Grant said.

“That’s very important (rejoining the SIAC) and something that the president (Dr. Gregory J. Vincent) and I have talked about.

“But it’s something that’s way down the line right now. We need to get to the point that we’re successful where we are. Right now, we’re NAIA. We need to have all of our sports competitive and moving in the right direction. Maybe then we can consider moving to Div. II.”

The next biggest thing is bringing football back, Grant said.

“We’re exploring it. We’re in the midst of a feasibility study right now. We want to see how it will look three or four years from now. We want to gauge the impact it will have on the college’s student body and to our campus. That is way down the line, too. We are putting feelers out there to see if it’s even possible to do it.”

Talladega is an Alabama NAIA school located about 120 miles from Atlanta, 20 miles off I-20 in Talladega, Alabama. It had a record enrollment of 1,313 students for the 2021-2022 school year. The school made headlines in August 2020 when it awarded a FasTtrack degree to Deion Sanders. Sanders became the head football coach at Jackson State a month later.

Grant is the former head basketball coach at four HBCUs – Central State, Stillman, Southern and Coppin State. He most recently was associate athletics director at Morehouse before taking over Talladega athletics on July 1. The school currently fields 11 athletic teams but does not play football. It competes in the NAIA Southern States Conference.

Drew Taylor of CBS TV 42 in Birmingham, Alabama covered Talladega looking to bring back football in a story on the station’s website last September.

Talladega, one of the best

At one point, Talladega College, founded in 1867, had one of the best football teams among the country’s historically Black colleges and universities, Taylor reported. According to Edwin Bancroft Henderson’s 1939 book, “The Negro in Sports,” the school first started its team in 1894, the same time other colleges like Howard, Tuskegee, and Atlanta University started them.

In 1920 and 1921, the Pittsburgh Courier selected Talladega College as being the best Black college football team in the country. Both teams were led by Jubie Bragg, who went on to become the first head football coach at Florida A&M University.

However, World War II ultimately brought on the demise of Talladega College’s football program. Talladega last played football in 1941 as a member of the SIAC. Talladega along with Fisk, Lemoyne-Owen and Fort Valley State, four of the 15 schools then in the SIAC, felt that the demands of the war on manpower and educational services made football impractical, Taylor’s report said. Only FVSU has resumed football, apparently bringing back the sport in 1947.

After the 2021-22 season, Talladega lost Men’s Head Basketball Coach Chris Wright and Women’s Head Basketball Coach and Athletics Director Kevin Herod, both to Langston University ten days apart. Wright led the Tornadoes to a 32-6 record last season and to the 2021 NAIA championship game. He compiled a 106-25 record over four seasons with his team reaching the NAIA national tournament all four seasons.

Herod had just finished his eighth year leading the Lady Tornadoes and compiled a record of 171-68, the most wins of any HBCU women’s basketball head coach over that eight-year span.

“They’ve been working hard, grinding trying to fill out a roster,” Grant said. As of this week, the women’s team was at 15 players and the men’s team at 13.

Danton Jackson, who was the head coach at Xavier (La.) for 15 years before being an associate head coach at UAB and at Albany (NY), is the new men’s hoops coach. “He was very familiar with the NAIA and being at this level,” Grant said. “I thought he would be a good fit. He was looking to be a head coach again so I gave him an opportunity.”

Akia Stanton, who was the associate head coach at Allen in 2021, is the new women’s coach

Talladega not ready yet for football, SIAC