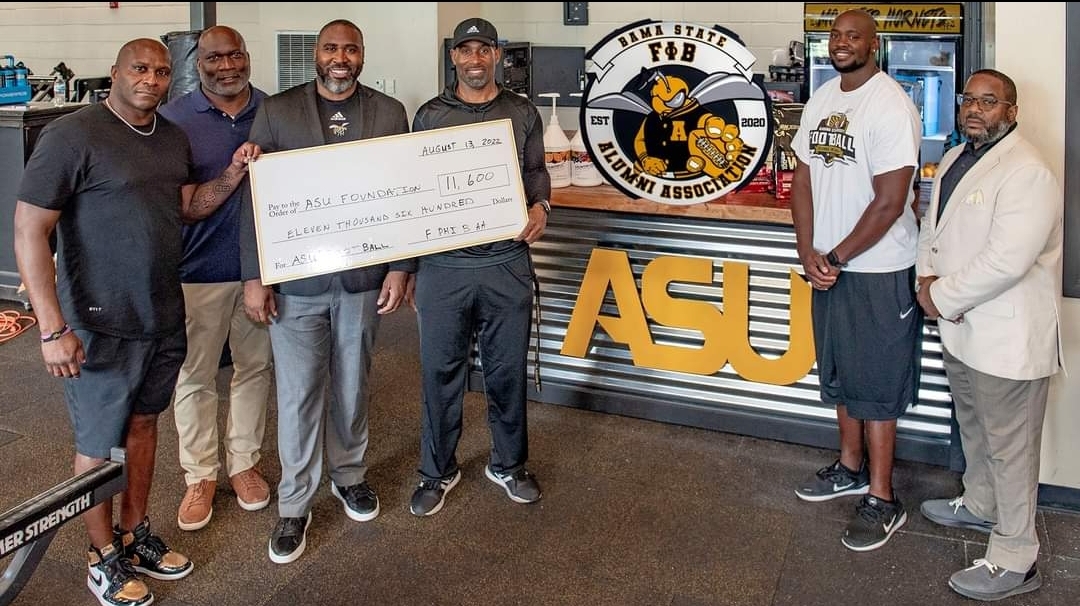 “Planting a tree today, would provide shade to the future generation.”

A group of former Alabama State football players formed a football alumni group, the F Phi B Alumni Association in 2020. F Phi B, also known as Forever My Brother, was founded by 11 former players including former Alabama State star and head coach Reggie Barlow. The current coach of the XFL Washington franchise now serves as the president of the group.

The genesis of the group was a desire to close the gap between former and current football players. One of the mantras that the group leans on is, “Planting a tree today, would provide shade to the future generation.”

It’s a quote that was made popular in the ASU program by former coach Houston Markham. During his ten year run from 1987-1997 Markham coached his team to the 1991 National Black College Championship.

The core principal of the group is to organize financial support for the football program. So far the group has donated over $20,000 to the program. F Phi B has taken on projects so far like providing team hoodies, replenishing nutrition stations, and reupholstering weight lifting equipment.

A key strategic move by the group was aligning with the Alabama State Affinity Network. The partnership allowed F Phi B to gain legitimate recognition and support of its efforts from the university.

This partnership helped to successfully execute the first F Phi B “Locker Room” Social. It was in conjunction with the 2022 spring football game. The intent of the locker room social was to officially introduce the Association to the ASU family and to connect current and former football players.

The group remains excited about contributing to the success of this year’s team and providing resources that can help ASU return to championship form.

For more information on F Phi B visit their website www.bamastatefphibaa.com.