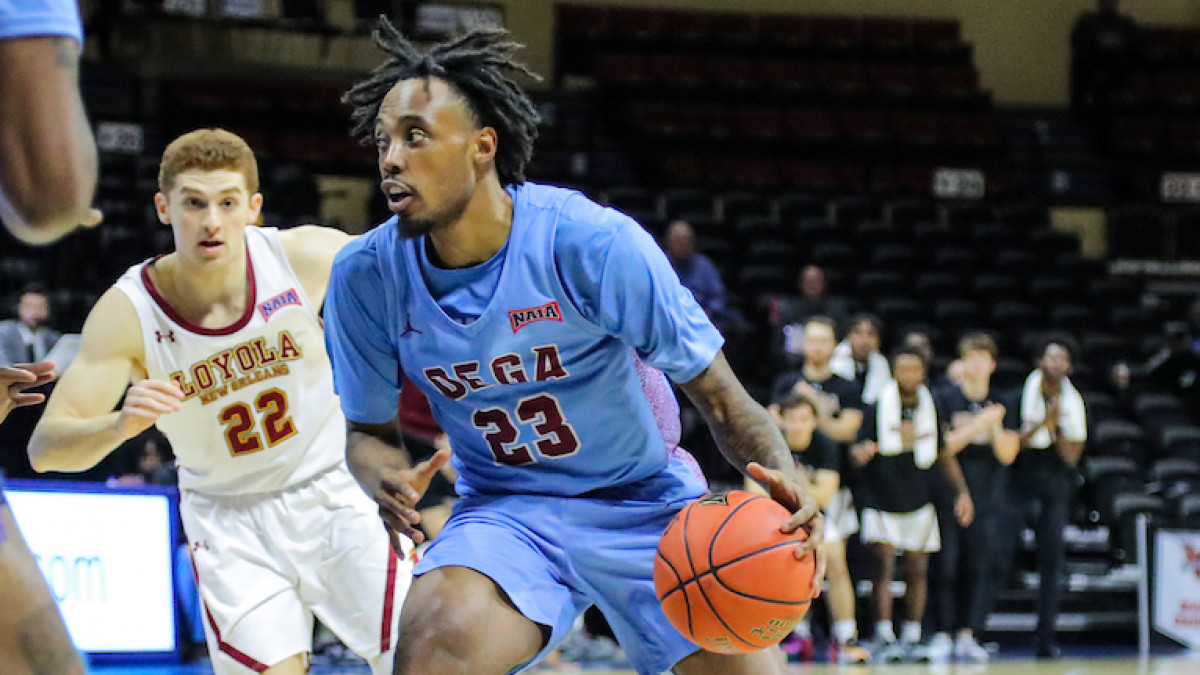 Talladega College made it all the way to the NAIA title game but couldn’t bring home the national title.

KANSAS CITY, Mo. – An outstanding season by Talladega College came to a close in the NAIA National Championship with a loss to the Loyola (La.) Wolf Pack by a score of 71-56.

The Tornadoes, playing less than 24 hours after a nail-biting overtime victory over Thomas More, put up a valiant effort against Loyola, which finished the season 37-1.

The Tornadoes concluded the stellar season at 32-6. Four of the six losses were to the Wolf Pack.

Trailing 44-25, Wright’s team went on an 11-0 spurt, slicing the deficit to eight, 44-36. During the run, Baker nailed a three-point bucket. Moments later, Baker found the bottom of the net with another jumper. At the 14:05 mark, Baker continued his attack on the home team, taking a pass from Thomas and rattling home a three-point basket. Thomas’ three-pointer off a pass from Louis made it an eight-point game with 13:15 to play.

Behind 48-36, the Tornadoes continued to attack. Green found Baker for a shot from a distance. Down 50-39, Green found Markel Williams for another basket from deep, pulling the visitors within eight at 50-42. Baker’s three-point bucket helped Talladega pull within five at 50-45, but that was as close as the team would get.

For the game, Talladega College connected on 19-of-53 from the floor (35.8 percent), including nine-of-27 from downtown (33.3 percent). The team distributed 11 assists, had four steals, and swatted three shots.

It marked the first time an HBCU program reached the NAIA Championship since West Virginia State did in 1987. The Yellow Jackets lost that game to Washburn 79-77.