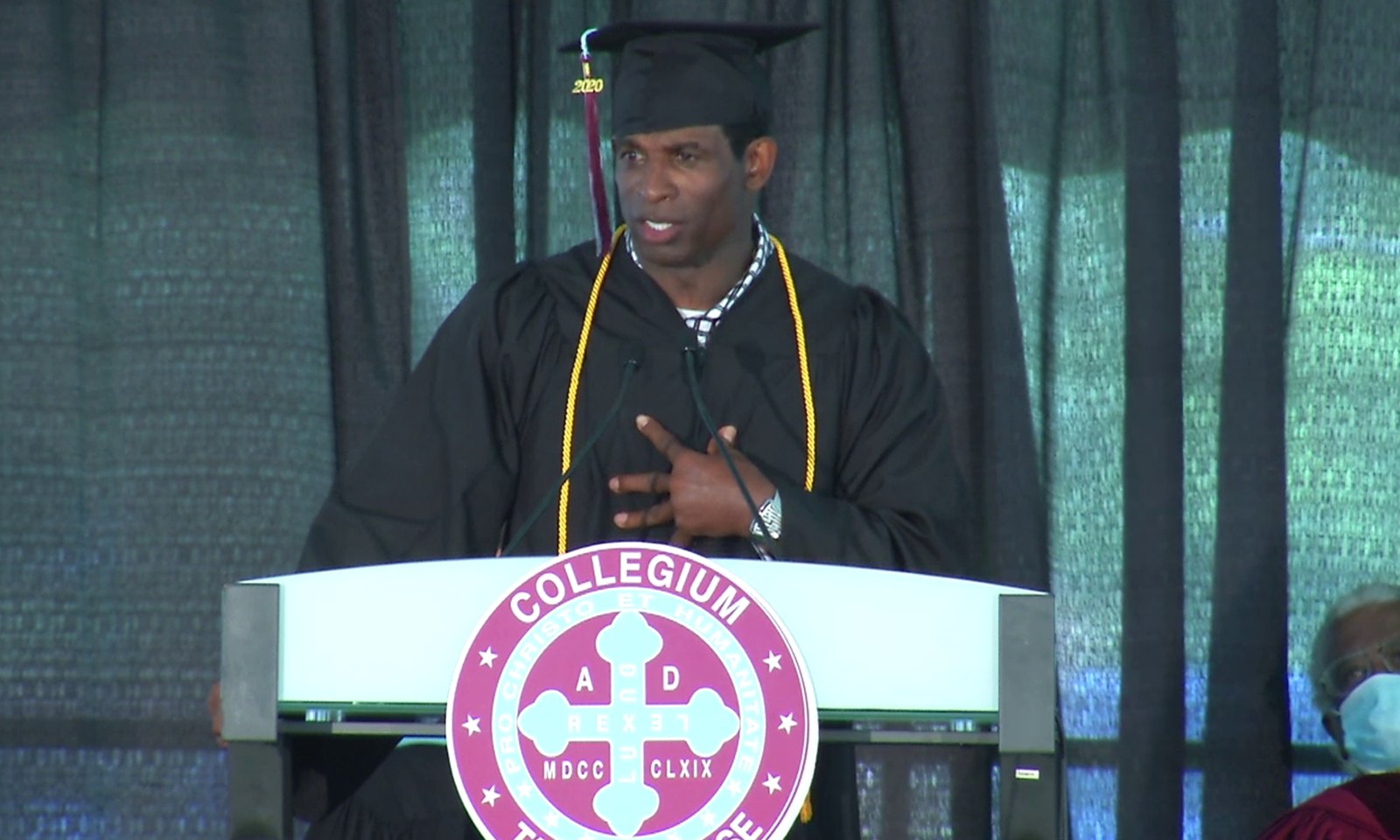 Deion Sanders became a college football star at Florida State in the 1980s. But the Pro Football Hall of Famer became an HBCU graduate Sunday.

The Pro Football Hall of Famer received a degree from Talladega College in Alabama on Sunday. Sanders completed the FASTtrack program this past semester, a program designed for busy adults.

He addressed his fellow graduates in a ceremony in which he talked about the journey to the degree.

30 years in the making

“I understand the screams and the yells and the adulation from your peers because I felt that on the field,” Deion Sanders said. “But, sitting here, seeing your faces, seeing the joy, seeing the respect, seeing the work, seeing the toil, and the satisfaction when you walk across the stage blessed me so, so much.”

Sanders’ journey to his degree started nearly 35 years ago when he enrolled at Florida State. He played baseball and ran track while becoming a two-time consensus All-American and Jim Thorpe Award winner. He left college following his junior season in 1988, and was picked fourth overall by the Atlanta Falcons in the 1989 NFL Draft.

The following decade he became not only one of the premier players in the league, but one of its faces. Widely known as “Prime Time” the eight-time Pro Bowler and 1994 NFL Defensive Player of the Year was a two-time Super Bowl winner. Since then he’s gone on to commentating and coaching, sending many of his players — and his own children— to college. Now, he has one of his own.

Sanders made headlines recently when he lobbied for an NFL Combine for HBCU football prospects. That was set to happen this March, but the pandemic shut it down.

There is great irony in Sanders’ journey from college superstar to college graduate. Florida State University is a rich, powerful predominately white institution. One that did not allow black students to attend until 1963 — four years before Sanders was born in Fort Myers. It has an endowment of $704 million.

Talladega College was birthed when three formerly enslaved men decided they wanted to educate their children after the Civil War. It has an endowment of less than $3 million.

At Florida State University, college football is religion. At Talladega College, there is no football team (but there is a marching band).

Here is a man that helped turn one school into a $100 million-plus brand, launching a pro career that propelled him to individual prosperity. But when it came time to fulfill a journey that was as much spiritual as academic, he came to a small, private historically black college that is always a few missed donations or low enrollment semesters from closing.

Watching him celebrate his accomplishment by doing his iconic shuffle dance across the stage, there’s more going on than maybe even Sanders realized.

Now Talladega needs from Sanders what every HBCU needs from its alumni — the willingness to pay it forward.