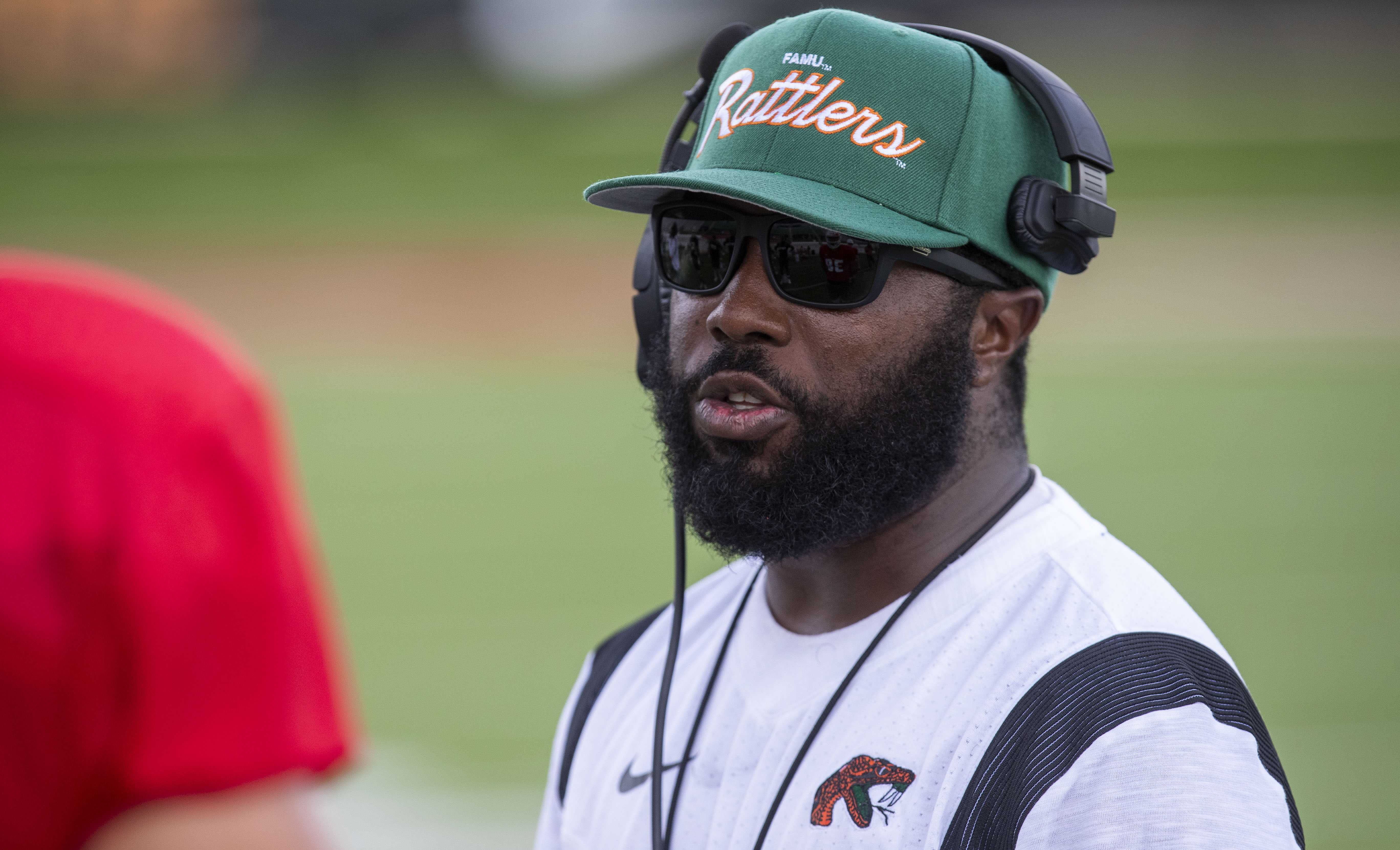 Chili Davis is bringing a newfound energy to special teams for the Rattlers.

Florida A&M special teams coach Chili Davis is well aware of the storied history of FAMU’s special teams.  Starting with Bob Hayes, who was known as one of the best dual sport athletes in the world.  He was known as the “World’s Fastest Human” for winning the 100 meter dash in the 1964 Tokyo Olympics.  But, he was also known, according to the late John Madden, as the reason the zone defense was created.  Hayes was an unstoppable return man for the Rattlers and later the Dallas Cowboys.

Black College Hall of Famer Greg Coleman, who was the first full-time black punter in the NFL, Vince Coleman, who went on to be a Major League Baseball All-Star and Leroy Vann, who went on to set numerous NCAA records and even had Desmond Howard of ESPN to come down and do a segment with him; all were standout specialists at FAMU.

Davis, however, walked into a situation with a stable of the nation’s best currently on the roster.  Kick returner Jah’Marae Sheread led the entire NCAA Division-I in punt returns last season.  Placekicker Jose Romo-Martinez is a former All-MEAC and current All-SWAC performer.  It doesn’t end there.  Returning from injury last season, the Rattlers return punter Chris Faddoul.  Faddoul is a two-time All-American who led the NCAA Division-I in two categories in a single year.  Talk about a specialists room, the Rattlers are loaded.

Davis looking to improve the Rattlers on fourth down

Davis knows that all the talent in the world can not make a solid special teams battery, it requires honing the skills and working on a unified plan and no one knows that more than head coach Willie Simmons.

“I think at some point this year it will be recognized that one of the best acquisitions this offseason is Chili Davis.  He’s thorough, he passionate and he’s all about special teams.  The energy that he brings, the attention to detail he brings in the units has the guys really excited about playing special teams.  With the talent we have here we always felt like we should be a dominant special teams unit.  Having a guy that is solely committed to doing that I think you’ll see a huge increase in production from our special teams units,” Simmons said.

Davis’ energy is undeniable.  When he had his first meeting with the team to talk about special teams, players left and right, including starting quarterback Rasean McKay volunteered for special teams.  That’s the level of energy Davis brings to the table.

“I’m excited to be here and excited that Coach Simmons is fully invested in that phase of the game.  I have a lot of passion when it comes to this phase. I’m seeing guys wanting to be coached up, wanting to be developed and working on being the best version of themselves for special teams from the meeting room to the walk throughs and obviously in practice and scrimmage situations.  I’m seeing a lot of good things and I’m liking what I’m seeing,” Davis said.

Davis came to the Rattlers from the University of Washington where he was the special teams quality control analyst.  He has previously worked at New Mexico State and has developed NFL talent during his career.  He also previously worked on Skip Holtz’s staff at Louisianna Tech.  All of those stops have prepared him to make an impact on FAMU’s special teams and he’s excited about the prospects of the season.

“As talented as the guys are that we have here, they told me they wanted to be even better.  They asked what they could do from a mental standpoint or from a preparation standpoint to get even better.  The cupboard definitely was not bare.  All I’m looking to do is to have them to be the best version of themselves and the most consistent unit in the country is what we’re looking for.  The guys come in ready to work every single day and even when there are mishaps they tell me they can do better.  When you have guys with that attitude, they’re fun to be around.”