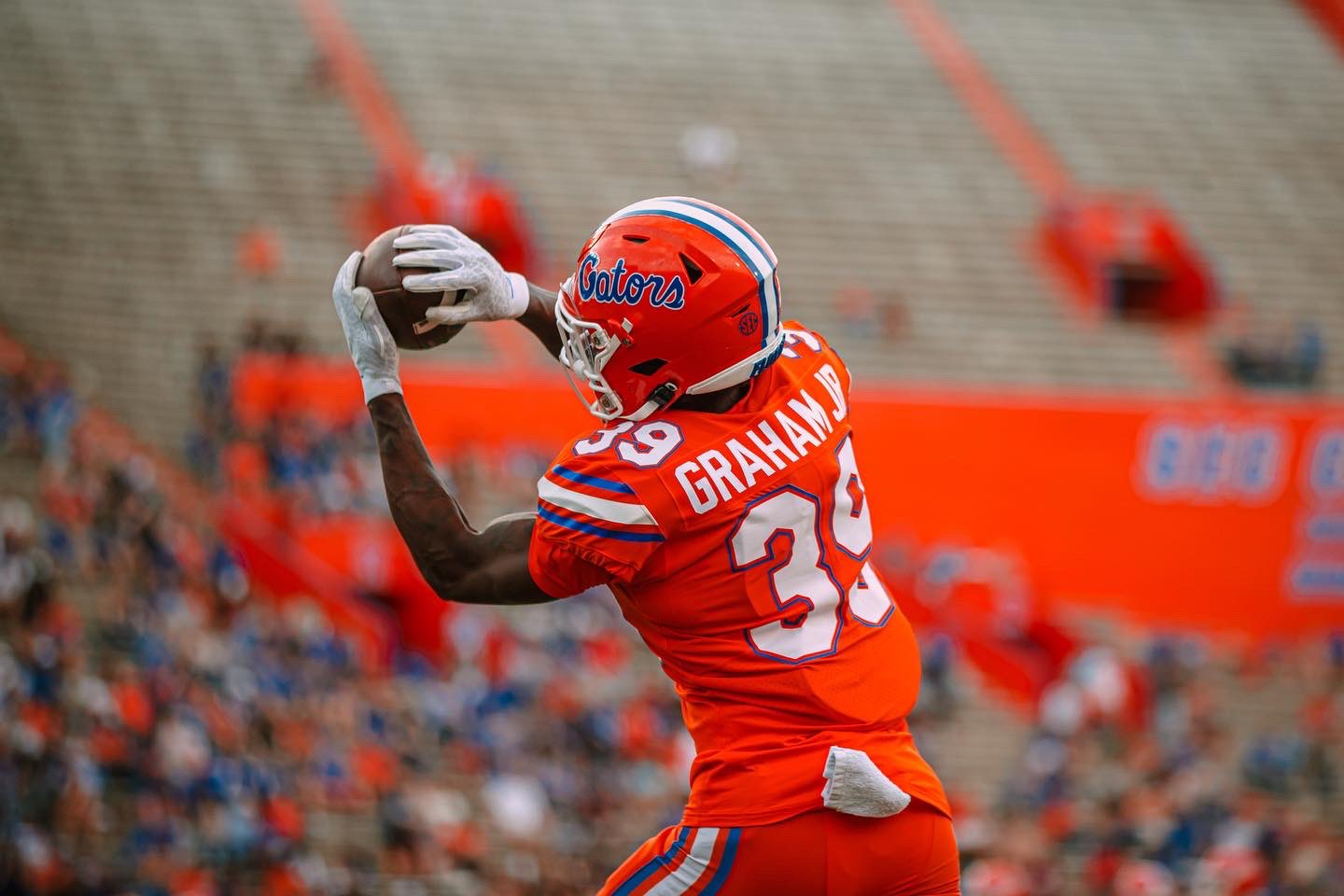 Former Florida defensive back Fenley Graham has announced he’s headed to FAMU via the transfer portal.

Former University of Florida defensive back Fenley Graham has found a new home at FAMU.

The former UF defensive back announced on Tuesday that he’s transferring to Florida A&M. He made his announcement via Twitter.

“Things change for the better & I’ll forever be blessed,” Fenley Graham wrote. “Time to turn up in Tally.”

The Lakeland, FL product was a three-star in the 2020 class according to 247Sports. He had offers from 11 Division I programs, including Kentucky, Miami and Utah. He had six interceptions (three as a senior), 880 kickoff return yards, 766 punt return yards, and 13 total touchdowns in 35 career games at Lakeland High.

Fenley Graham showed up in Gainesville for the 2020 season and played in six games. He saw action in twelve games, primarily in a special teams role, during the 2021 season. Graham was one of several players who were let go from the Florida program following spring ball as new head coach Billy Napier takes over the program for his first year. Fenley had been moved to wide receiver prior to his departure from Florida.

Now UF’s loss is FAMU’s gain as it looks to make a run at the SWAC title after falling just short last season, earning an at-large bid in the FCS playoffs.