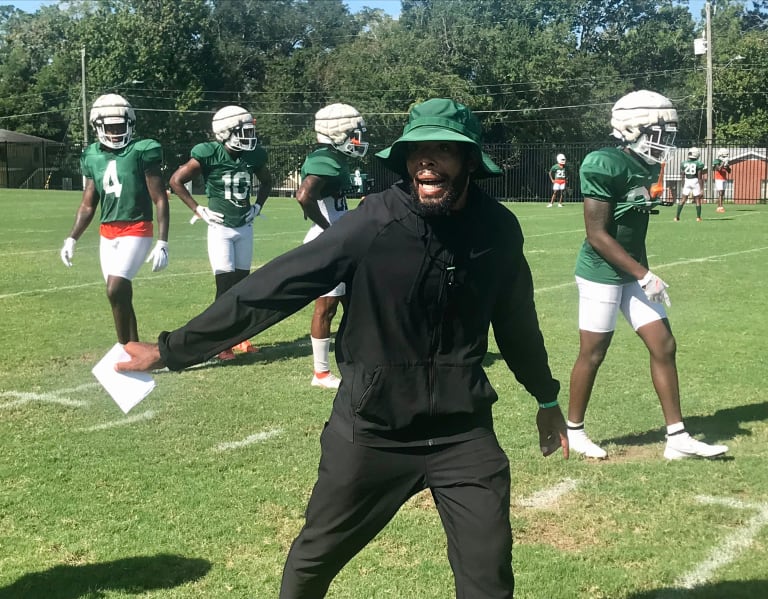 Florida A&M Co-Defensive Coordinator Brandon Sharp will be leaving the program for an opportunity at a Power Five program.

“As a head coach, you must have a contingency plan when you lose a good coach, but it’s really difficult to replace good people,” said Florida A&M head Coach Willie Simmons. “Coach Sharp is one of the best people I’ve met in my 17 years in this profession! Sharp is a dynamic young coach with a bright future, and we wish him nothing but success moving forward!”

Coach Sharp joined the Rattlers in 2018 as Coach Simmons hired him after being a part of Simmons’ staff at Prairie View A&M. Sharp was hired to coach the defensive backs before being promoted to Co-Defensive Coordinator ahead of the 2021 season. As Co-Defensive Coordinator, the Florida A&M defense ranked top-30 nationally in 15 different categories.

Coach Sharp also played a huge role in the development of Florida A&M All-American and Dallas Cowboy Safety Markquese Bell. During Bell’s two seasons at Florida A&M, he recorded 158 total tackles (95 in 2021), 10.5 tackles for loss, six interceptions (five in 2019), six forced fumbles (five in 2021), and two sacks. Bell earned First Team All-MEAC and All-SWAC Defense, was named to six All-American teams in 2021, and was named a finalist for the Buck Buchanan Award (National Defensive Player of the Year).