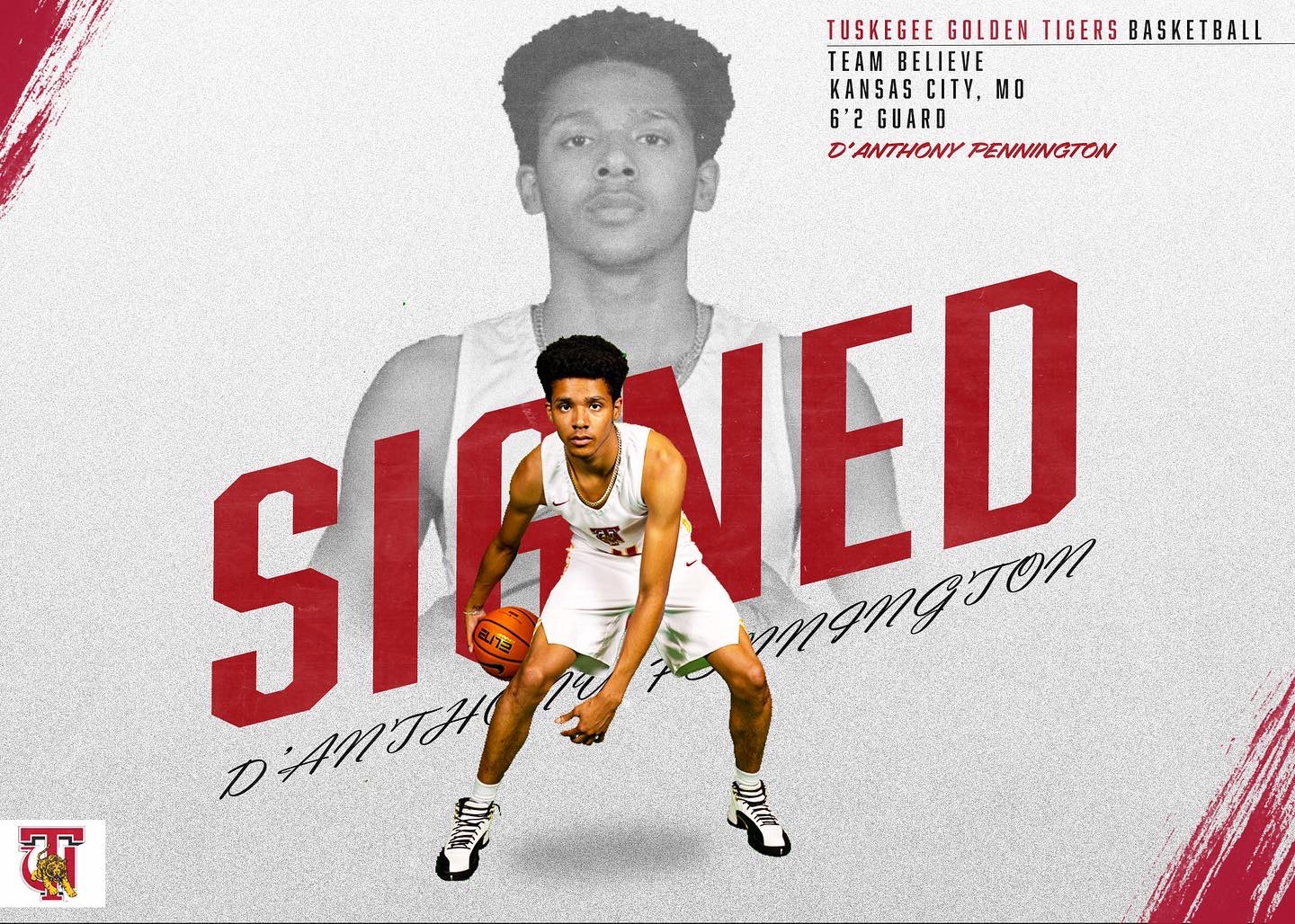 Tuskegee University has added three new prospects to its men’s basketball roster ahead of the 2022-2023 season.

TUSKEGEE, Ala. – The Tuskegee men’s basketball program has announced the addition of three signees for 2022-23 in Dylan Cambridge, Kusamae Draper, and D’Anthony Pennington. The three additions along with xx returners from last year’s squad will look for a successful 2022-23 season.

Dylan Cambridge l Guard l 6-4 l Marrietta, GA l Kell HS
Graduated from Kell High School where he helped lead the Longhorns to a 19-11 record as a senior … The Longhorns advanced to the quarterfinal round of the Georgia State Basketball Tournament … Finished the year as the 12th ranked combo guard in the state in the class of 2022.

Kusamae Draper l Forward l 6-9 l Conyers, GA l The Skills Factory Prep
Played at The Skills Factory Prep in Atlanta for the final year of his prep career … Played in 32 games for Southwest DeKalb High School prior to attending TSF Prep … The forward averaged 7.4 points and 4.6 rebounds per game while helping the program to a 19-13 record in 2019-20.

D’Anthony Pennington l Guard l 6-2 l Kansas City, MO l Pensacola State
Pennington is the lone addition with collegiate experience, having played at both Pensacola State last season and Missouri-Kansas City during the 2020-21 season. The guard saw action in 27 games last year at Pensacola State, averaging 7.3 points and 3.1 rebounds per game. Prior to his collegiate career, he prepped at North Kansas City High School under Coach Gerry Marlin where he was named First Team All-Conference in his final two years of play. He was also named the city Player of the Year with numbers of 22.4 points, 4.8 rebounds and 3.2 steals per contest.