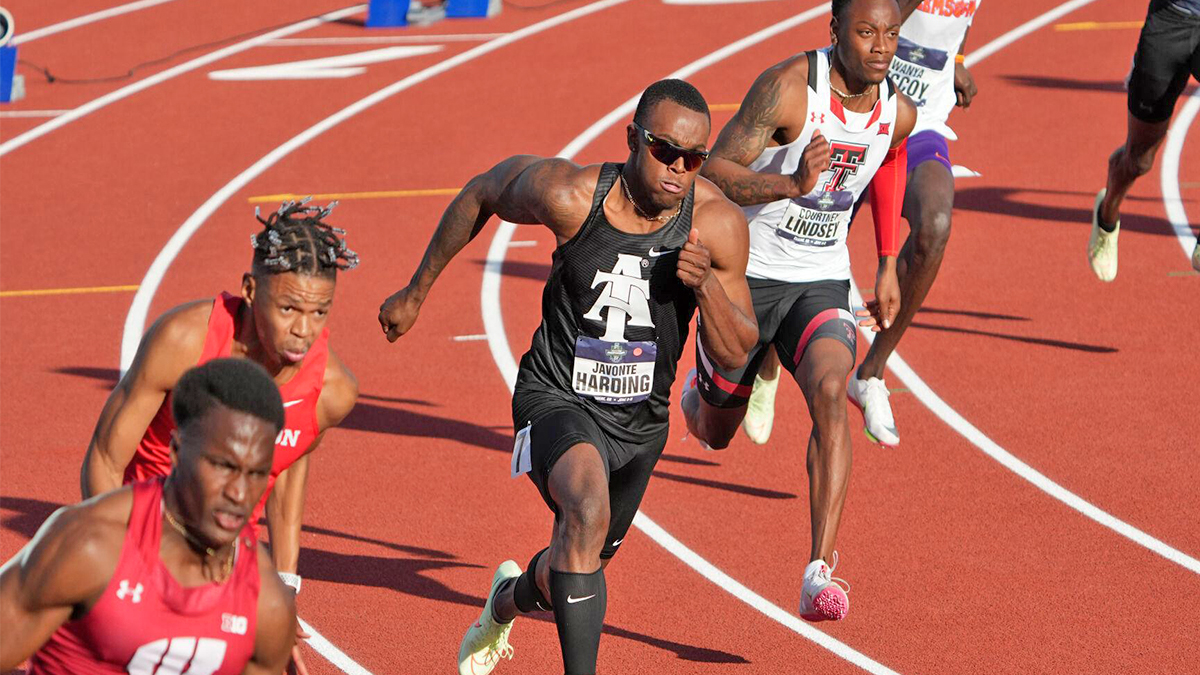 In a wide-ranging story published today (June 23) on Andscape, Harding said transferring was not a hard decision.

“I’m happy to be able to go to Tennessee,” said Harding. “To go to a Power 5 school in the SEC is pretty big for me, mainly because I’ll be the first person in my family to go to one of those type of schools for athletics. I’m going to have to take some time and get used to the environment and stuff. HBCUs and PWI, there’s gonna be a little bit of a difference.”

Javonte Harding’s parents, Roxanne and Wayne, attended and ran track at Virginia State. His brother Dajuan ran for Ross at A&T from 2014 to 2018. Dajuan recommended Javonte, his lightly-recruited younger brother, to Ross.

“I knew the type of coach that Duane Ross was,” Dajuan said in the story. “I tell everybody, I just wanted Duane Ross to touch Javonte because I knew after being there for four years what Javonte could do. Now everybody has seen who Javonte is. I was just giving them the inside scoop being that I’m his older brother.”

While Javonte will not spend his four years at A&T, he is now in position to spend the four years with Ross.

“A lot of people missed out on that kid,” said Duane Ross of Javonte in the Andscape piece. “He didn’t have the fastest times in the country. But, when you watched him race, man, you could just tell it was nothing but heart. Somebody who has that heart like that wants to be good, you gotta roll the dice with a kid.”

What this means for A&T?

Losing Duane Ross, Randolph Ross Jr. and Jonah Ross to Tennessee were certainly devastating blows to A&T. Losing Harding adds to the misery. But the departures may not be finished. There remains the possibility of a mass exodus of track talent from A&T.

The A&T athletes either love Duane Ross and his coaching techniques or just want to continue working with a coach who has brought them so much success. Whether others will stay to work with A&T’s new Head of Track & Field programs, former world champion and Olympic hurdler Allen Johnson, remains to be seen.

The Aggies have a number of other superb track standouts. Freshman sprinter Grace Nwokocha from Nigeria won both the 100 and 200 meter races at the Big South outdoor championships. She then placed sixth in both events at the NCAA outdoors. Freshman hurdler Leonard Mustari, after tying the world under-20 record in the 60 meter hurdles, finished second in the event at the NCAA indoors before sustaining an injury that kept him out of competition outdoors.

Long jumper Brandon Hicklin, 110 high hurdler Rasheem Brown and 400 hurdler Cory Poole, all who competed at the outdoor NCAAs, are listed on the A&T website as seniors. They may have another year of eligibility. Hurdler Aveon Reed is listed as a junior.

Eleven (11) of Duane Ross’s present and past pupils including Harding, both Rosses and Hicklin, are competing this week at the U. S. Track & Field Championships looking to earn spots in next month’s World Championships.

What Javonte Harding has meant to A&T

They have been the top stars on the men’s side while Ross built the Aggies into a budding national power over the past two seasons. The men finished third in the 2021 Div. I outdoor championships with 35 points behind LSU (84) and Oregon (53). The Lady Aggies finished with 31 points tied in fourth place with Alabama at the 2021 outdoors behind champion Southern Cal (74), Texas A&M (63) and Georgia (37.5).

In the 2022 NCAA Indoor Championships in March, the A&T men trailed Texas by one point, 37-36 entering the final event, the 4×400 meter relay. The Aggies finished ninth while Texas won the event. A&T finished as national runners-up with 36 points to Texas (47).

In the NCAA outdoors two weeks ago, the A&T men finished tied for ninth with 22 points. The A&T tied for 23rd with 11 points.

With wins in both the indoor and outdoor 400 meters, Randolph Ross Jr. accounted for ten of the Aggies points in both competitions. Harding had ten points for his indoor 200 meter win and tallied another six points for the Aggies in the outdoor NCAA competition. He was disqualified in the NCAA outdoor 200 after posting the best time in the preliminaries.

What this means for Tennessee?

Adding Harding and Randolph Ross Jr. to the Tennessee contingent certainly makes the Volunteers’ men’s squad the odds-on-favorite to take both the NCAA indoor and outdoor titles next year.

The Vols finished third with 34 points outdoors behind national champion Florida (54 points) and Texas (38). They finished third indoors with 31 points behind Texas (47) and A&T (36).

4
The Latest in HBCU Sports and Culture