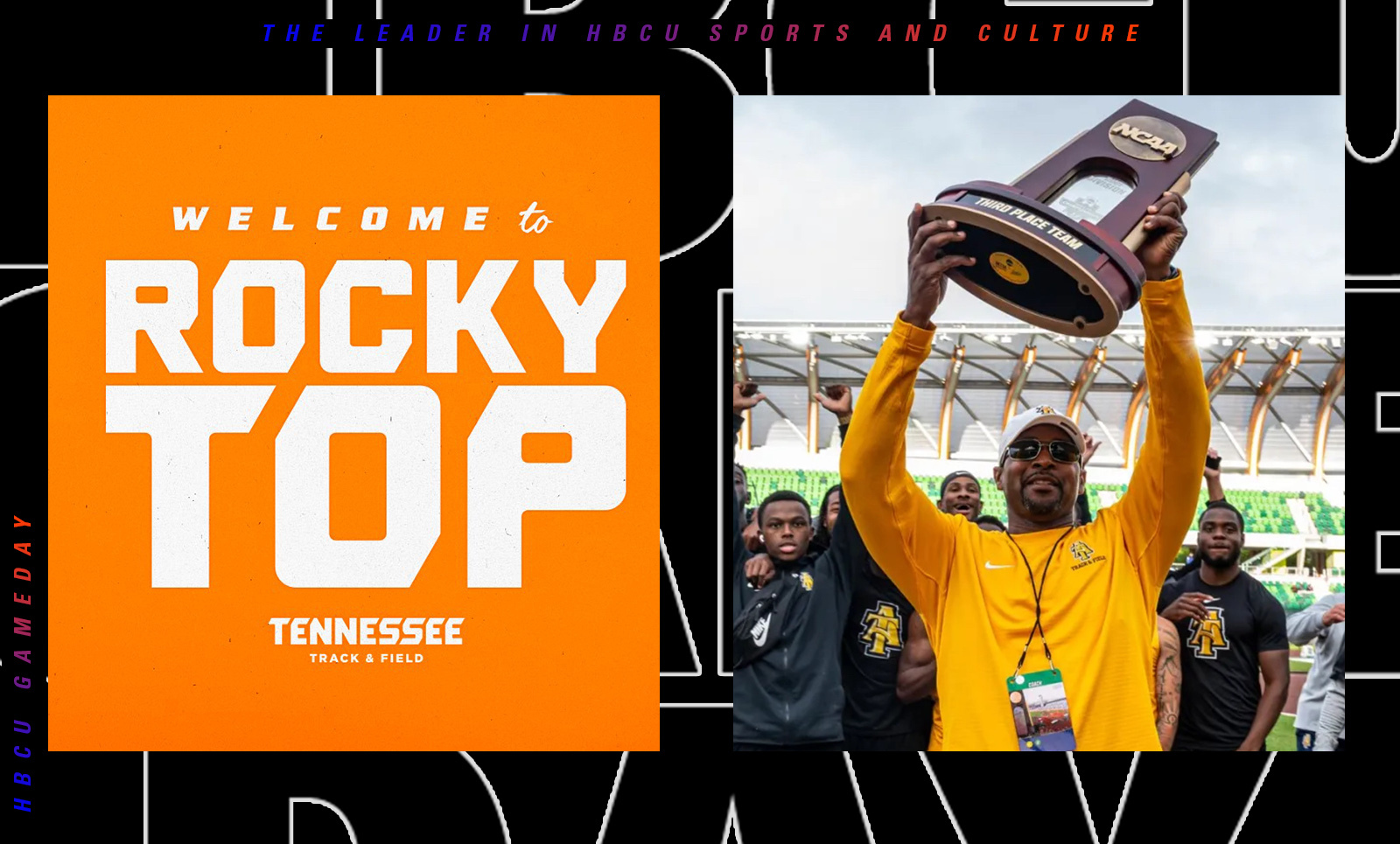 Ross will remain with NCAT through the remainder of the outdoor season.

The announcement was made on Tuesday with Ross accepting a five-year contract that runs through June 2027. Ross was introduced to Tennessee’s track and field team members on Tuesday as well. Ross has been with NCAT since 2012.

The 2021 Co-National Coach of the Year has been preparing some of his Aggie standouts for the NCAA East Regionals which begin this week in Indiana. There will be 12 women and 13 men competing at this week’s regional for the Aggies. Ross is scheduled to remain with the Aggies for the remainder of the outdoor season.

“The North Carolina A&T State University family wants to extend our sincere congratulatory praise to Duane Ross and his loved ones on his appointment as the next head track and field coach at the University of Tennessee. The Vols are getting a coach who took North Carolina A&T’s track and field programs to heights and achievements no one thought possible. They are also getting a man of integrity, character, and man who cares about the student-athlete above all else. We will start a nationwide search for Coach Ross’s replacement immediately. Our expectations remain the same. We want excellence in the classroom, and expect to bring national championships in track and field to North Carolina A&T State University,” Hilton wrote.

“When researching the best track & field coaches in the world today, it doesn’t take long to find the name Duane Ross,” said Tennessee Director of Athletics Danny White. “He’s built a profile that allows him to be incredibly selective in choosing his next move. Thankfully for us, the University of Tennessee has a track & field program with an extraordinary history of national championship teams, individuals and dozens of Olympians. Finding a coach with commensurate credentials was our priority, and Duane Ross is that coach.

From 2017 through 2020, North Carolina A&T won four consecutive MEAC indoor championships in both men’s and women’s track & field. Last season the Aggies won the men’s 4×100 meter relay at both the indoor and outdoor meets.

One of the greatest stories in track and field the last couple of years has been Ross and his son Randolph Ross. His son, also a Tokyo Olympian (400m), won individual national championships along with Javonte Harding (200m).

At the 2021 NCAA Outdoor Championships, Ross coached his son to a national crown in the 400 meters, with the third-fastest time in collegiate history (43.85).

Through 10 years as a Division I head coach, Ross has developed more than 30 first-team All-America performers. He was a NCAA champion hurdler and seven-time All-American at Clemson in the 1990s.