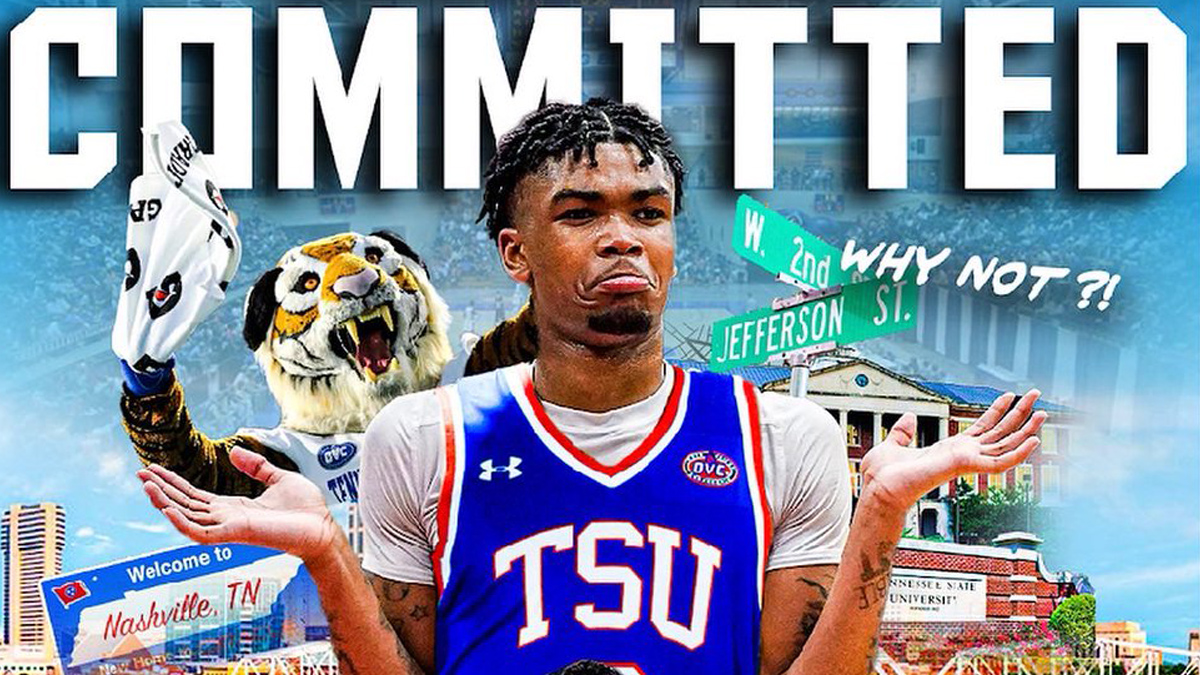 Tennessee State men’s basketball just secured a commitment from a three-star prospect in its own backyard.

Tennessee State basketball just picked up a commitment from a hometown basketball star.

Jaylen Jones, a three-star prospect out of East Nashville Magnet High, has committed to play his college ball for TSU.

“I want to see change, so I’m willing to be the start of the change!!” Jones tweeted on Wednesday. “My dream has come true! I feel that going to an HBCU is the move! With that being said, I would like to commit to Tennessee State University.”

The 5’11, 160-pound point guard is rated as the 28th best point guard in the class and the third-best player in the state of Tennessee according to 247Sports.

It’s a solid signing for Tennessee State’s Brian “Penny” Collins, who hosted Jones on a visit on Tuesday. He chose to commit the same day.

“Coach Penny (Brian) Collins has been with me since day one when I first talked to him in eighth grade and they offered me in ninth grade,” Jones told the Tennessean. “He calls and checks up with me at least three times a week. Also, they’re here at home.”

That home factor was a big one for Jones, who led his team to a state championship earlier this year.

“I want to put on a show in the city,” Jones said. I’ve got another year of high school ball here in the city and I’m trying to win another state championship before going off there where I already feel comfortable. Everything about TSU feels like home to me.”