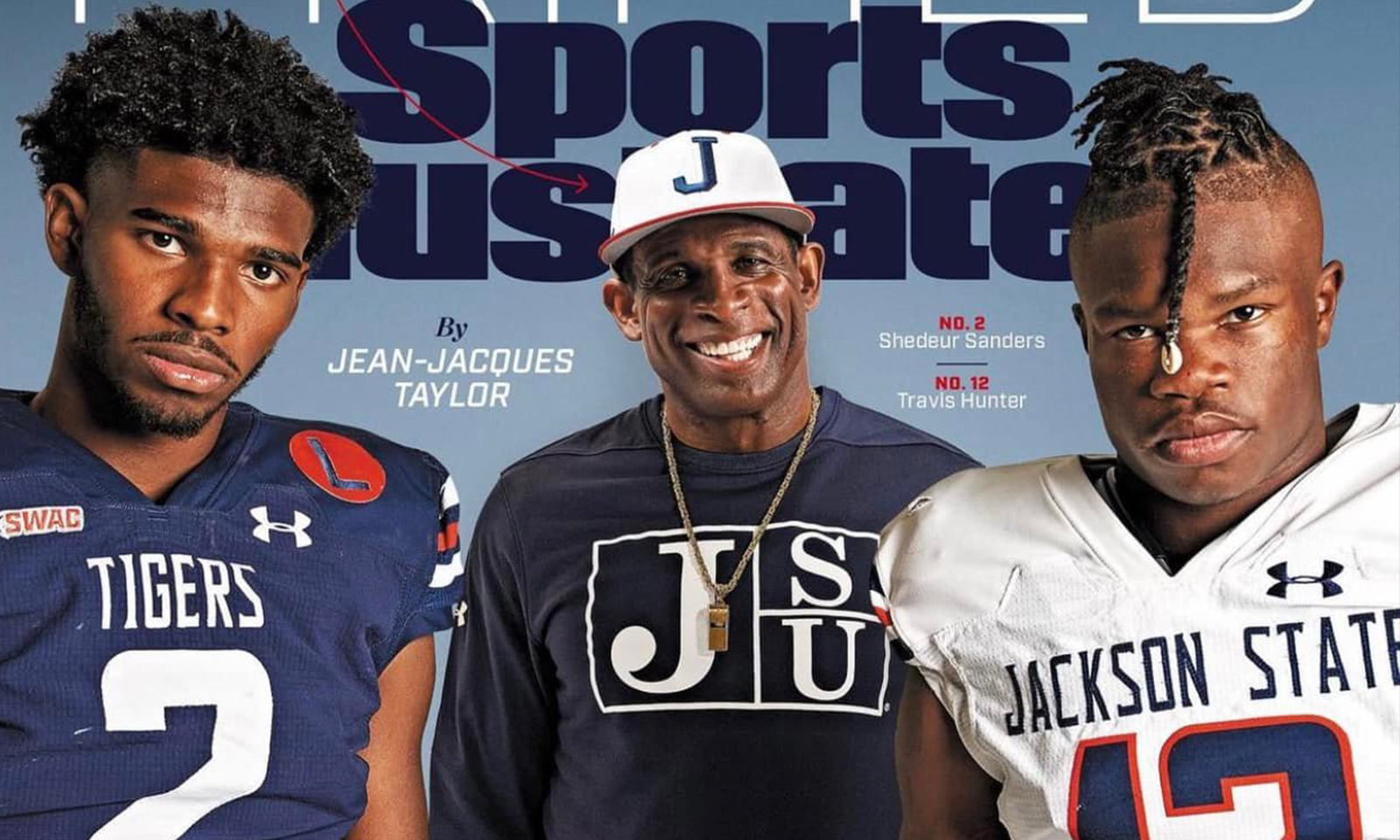 Sanders is set to to be on the cover along with starting quarterback Shedeur Sanders and Travis Hunter, the nation’s top prospect in the 2022 class. The coach is flanked by the two players on the cover and in the magazine.

Deion Sanders broke the news to his players in his office, showing them some of the times he graced the cover as a professional athlete in both football and baseball.

“I want to show you some history,” Sanders told his players in a video posted by Well Off Media. According to Sanders the issue should be out soon.

“You guys in college, man, got a darn cover,” Sanders told his players. “Something I never did, even with all the history I showed you. That is a blessing.”

“This is a billboard,” Hunter remarked, looking at the magazine. “This is history.”

It is rare that an HBCU athlete is featured in the magazine, much less on the cover. It has been nearly 30 years since Steve McNair was plastered on the front of the magazine with the title “Hand Him The Heisman,” with an action shot of him in a white Alcorn State jersey.

Now, Jackson State, ranked first in the HBCU Gameday FCS poll, has two players and its coach on the cover.

“And they say HBCUs ain’t popping,” Sanders joked with the players.”