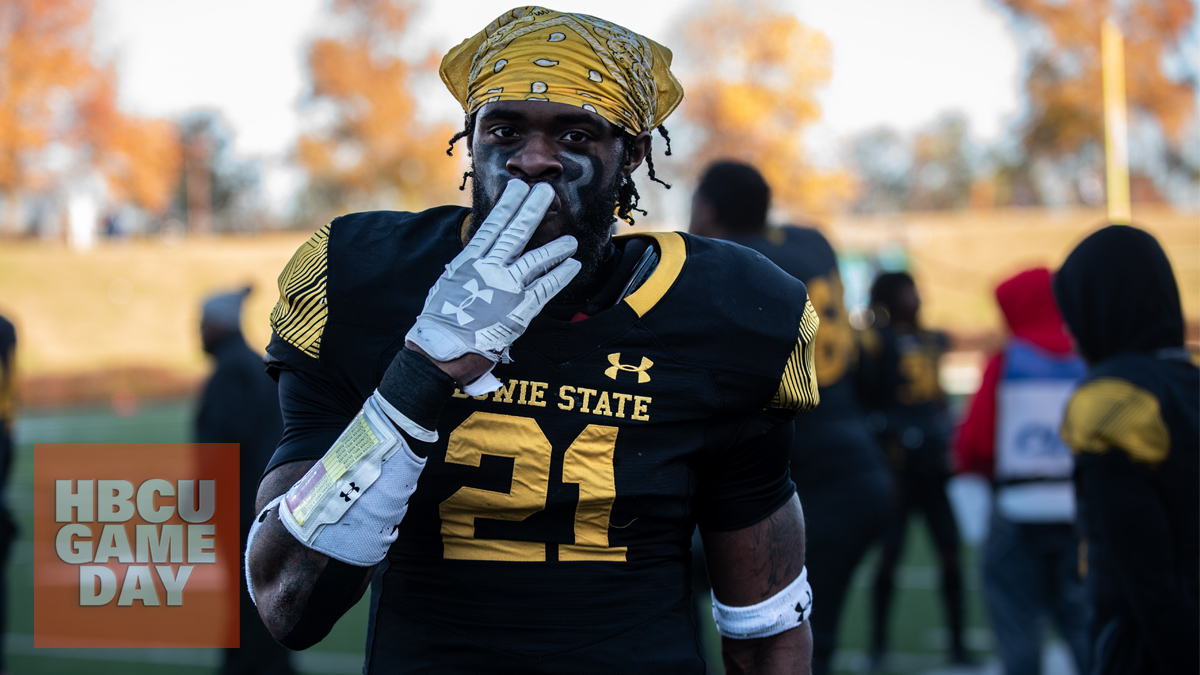 Kyle Jackson will take over the Bowie State football program as interim head coach for the 2022 season after being recently promoted to Defensive Coordinator following five seasons as recruiting coordinator and linebackers coach.

“I want to express my sincere appreciation to the administration, students, alumni, coaches, supporters, and the young men that allowed me to serve as their head football coach,” said Wilson.  “We have had the opportunity to build a special program that allows young men to thrive on and off the football field.  Bowie State University has been great to me in my personal and professional development and I am forever grateful for the 13 years that I was granted the opportunity to serve at the helm.”

Wilson led the Bulldogs for 13 seasons where he achieved three straight Central Intercollegiate Athletic Association (CIAA) conference championships, in 2021, 2019 and 2018; five NCAA playoff berths; and three CIAA Coach of the Year honors. With the programs first ever appearance in the NCAA football quarterfinals in 2021, Wilson became the program’s first CIAA coach and second minority since 2011 to win the prestigious American Football Coaches Association (AFCA) National Division II Coach of the Year back on Jan. 10 at the national convention.

Kyle Jackson will take over the Bowie State football program as interim head coach for the 2022 season. Previously, Jackson was promoted to Defensive Coordinator after spending the past five seasons as the recruiting coordinator and linebackers coach.

“I enthusiastically support the appointment of Coach Jackson as my successor. Under his leadership, Bowie State University Football will continue to soar,” said Wilson. “I’ve had the opportunity to coach and develop him as a key member of my staff over the years. We have been able to build a solid coaching family at BSU, one that has the ability to lead young men, and I look forward to Coach Jackson building on the foundation that has been established.”

Clyde Doughty, Vice President for Athletics and Recreation, said Kyle Jackson is the right person to take on leadership of the Bulldogs at this time. “Damon Wilson has left his mark providing sound leadership for the football program while being very intentional in developing young men academically and athletically,” said Doughty. “As a former student-athlete and BSU graduate, who has tutored under Coach Wilson for the last six years, Jackson is prepared for this opportunity. His transition into the interim head football coach position will provide continuity for the program and enable our student-athletes to continue their race to excellence in the classroom and on the field of competition.”

“Bowie State has been home to me since 2007!  I’ve had the opportunity to play for and coach alongside Coach Wilson during his tenure here at Bowie State University,” said Jackson. Winning is important but so is building character and developing young men, which is something Coach Wilson always emphasized. I look forward to leading this program and continuing the tradition of winning on and off of the football field.”

Jackson will be entering his sixth season on the staff of his alma mater. The Baltimore, Md., native has been instrumental in the Bulldogs success since returning for his second stint. Prior to his return to BSU, Jackson spent the 2015 season at Division II Emporia State University as a Defensive Graduate Assistant. Jackson worked specifically with the defensive ends. He helped coach a defensive unit who increased their sack total from 18 in 2014 to 41.5 in 2015. The Hornets finished #7 in the nation after losing in the Quarterfinals of the Division II NCAA Playoffs.

Before Emporia State, Jackson spent the 2014 season as an assistant to the Director of Football Operations at Georgia State University (FBS) where he gained a lot of knowledge of the game both on-and-off the field working closely with the recruiting coordinator and coaching staff.

A four-year starter (2007-2010) at the linebacker position for the Bulldogs, Jackson was known for his strong leadership and knowledge of the game, Jackson was named team captain in both the 2009 and 2010 seasons. Jackson was an influential leader on the 2009 defense that finished ranked No. 1 in the nation in total defense.