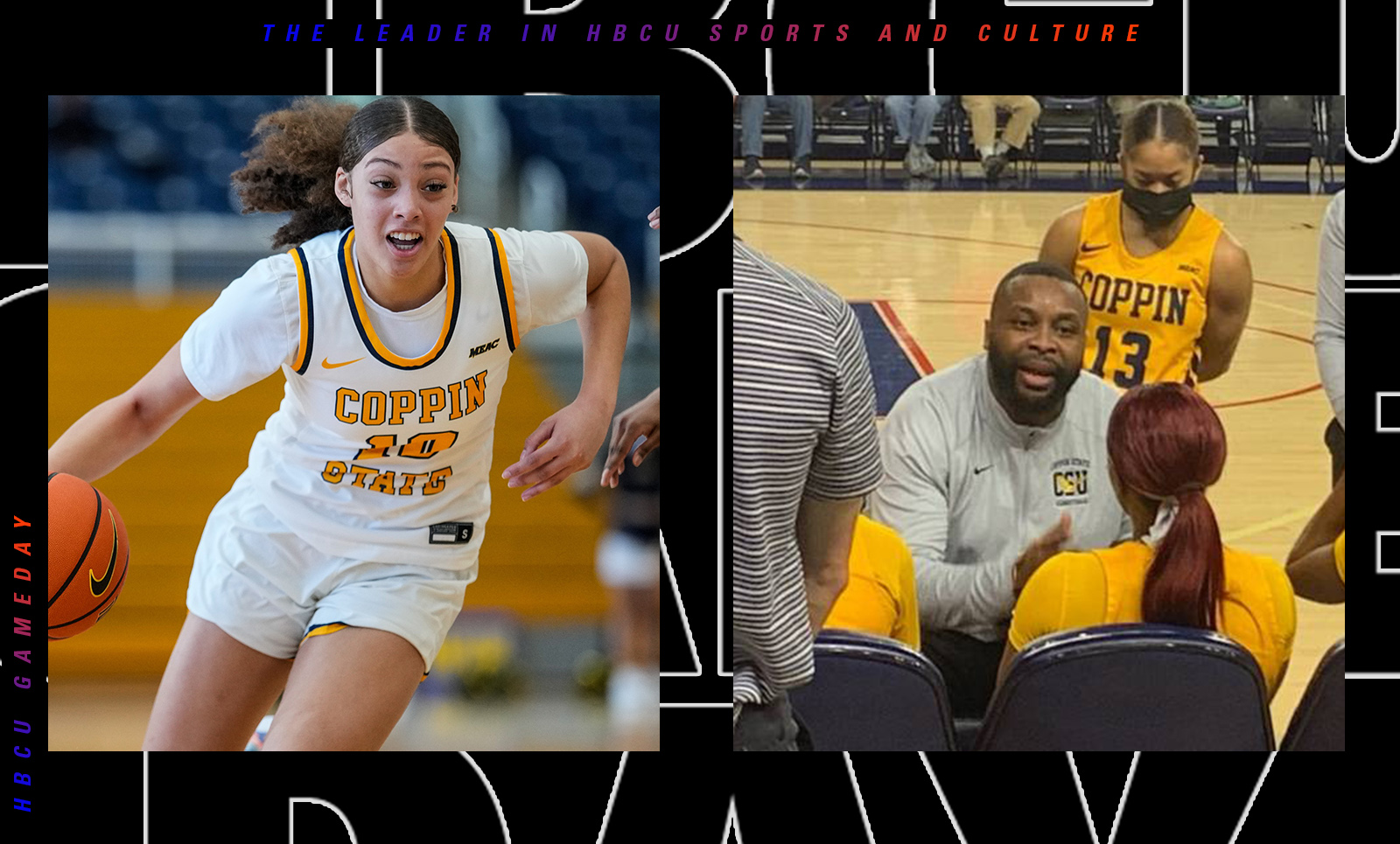 Woods helped cultivate a winning culture within the program that won a school-record six games against non-conference Division I opponents this past season and had its first winning campaign in nearly a decade.

BALTIMORE – Jermaine Woods has been promoted to head coach of the Coppin State University women’s basketball program, after two seasons as the team’s Associate Head Coach. Woods’ promotion was announced by Director of Athletics, Derek Carter, on Thursday afternoon.

“We are thrilled to transition Jermaine Woods to the role of Head Women’s Basketball Coach,” said Carter. “He brings a wealth of experience, being an assistant coach at some outstanding programs and he’s obviously  familiar with our current program. He understands the expectations of our athletic department and we are excited for him to assume this leadership role at Coppin State University.”

Woods helped cultivate a winning culture within the program that won a school-record six games against non-conference Division I opponents this past season and had its first winning campaign in nearly a decade.  During his two seasons at Coppin, the Eagles placed five players on All-MEAC Teams, including Jaia Alexander who was named the 2022 MEAC Player of the Year. Aliyah Lawson also garnered All-MEAC accolades in both of those seasons.

“I am beyond thrilled for the opportunity to be the head coach of the Coppin State University Women’s Basketball team,” said Woods.  “I am grateful and would like to thank President Dr. Anthony Jenkins and Mr. Derek Carter for entrusting me with our amazing student athletes. My goal is to cultivate a culture that produces great people, exceptional students, and championship athletes. We will continue to build a program that represents the vision of our University and athletic department.”

Prior to arriving in Baltimore in 2020, Woods developed a reputation as one of the Nations’ top player developers and recruiters, serving as an assistant coach for seven years at three Division I institutions. Most recently, Woods spent three seasons as an assistant coach at Wake Forest where he worked primarily with the Demon Deacons’ guards.

With Woods’ help at Wake Forest, Gina Conti developed into one of best guards and distributors in program history while Alex Sharp scored over 1,000 career points while ranking as one of the school’s top rebounders ever. Woods also guided Amber Campbell to All-ACC Defensive Team honors, marking the first time in nearly 15 years that a Deac was represented on the team, and coached Elisa Penna, the program’s first All-ACC honoree in three years.

In his final season at Wake, Woods helped the Demon Deacons to a pair of ACC Tournament wins over North Carolina and Virginia Tech as the team had its first .500 season since the 2016-17 campaign.

Before Wake, Woods worked as an assistant coach and recruiting coordinator for two seasons at Old Dominion University. Under his watch as recruiting coordinator, the Lady Monarchs’ 2016 class featured an ESPN top-100 prospect, a McDonald’s All-American nominee and a signee who was the leading scorer on a team that ranked in the top 15 nationally, according to ESPNW. His class in 2017 was the top-ranked recruiting class in the State of Virginia, and both of his classes were ranked the best in Conference USA and in the top-45 nationally.

Throughout the 2016-17 season at ODU, Jermaine Woods helped Jennie Simms to AP All-America honors as well as C-USA Player of the Year accolades.  Simms was three-time first Team All-C-USA recipient, finished her career ranked fifth all-time in scoring and was the 18th overall pick in the 2017 WNBA Draft.

Woods got his start in collegiate coaching at Virginia Tech where he was responsible for bringing in a recruiting class that ranked 19th nationally by ESPNW, the highest-rated recruiting class in program history.

As a player, Woods spent one season at Belmont Abbey College before playing his final three seasons at Christopher Newport University where he was a D3hoops.com All-American and a two-time All-South Region selection, Dixie Conference Tournament MVP and First Team honoree. He was named the league’s Newcomer of the Year and broke the team’s 3-point record as a junior before topping his own record as a senior. He holds the Christopher Newport single-game, season and career records for three-pointers made.

Woods was the leading scorer on the only team in CNU history to advance to the Elite 8 and ended his career ranked 10th on the program’s all-time scoring list. Woods spent time as a high school and AAU coach after earning his bachelor’s from Norfolk State University in 2011.