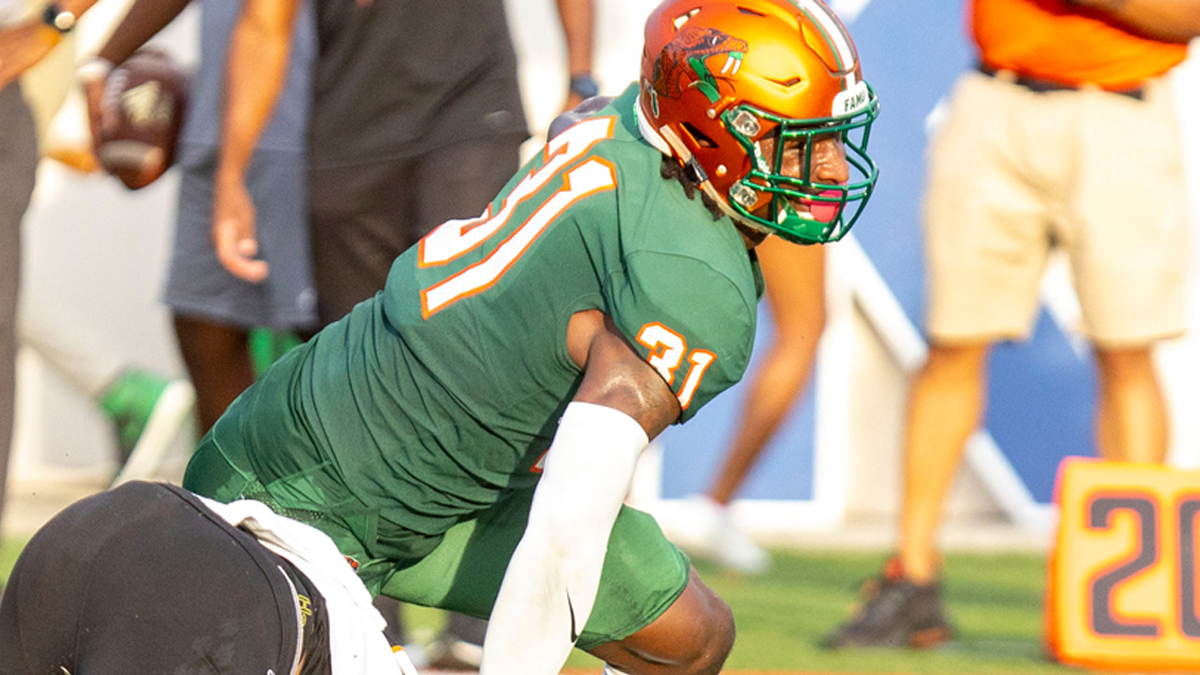 Isaiah Land, the top defender in the Football Championship Subdivision (FCS), has decided he’s going to stay at his HBCU.

FAMU head coach Willie Simmons confirmed the news on Sunday, but stated that he hoped Land would return back to Tallahassee.

“There are a lot of moving parts with the portal,” Simmons told Tallahassee.com. “We as coaches don’t have a hand in it. Right now we are in a fact-finding stage ourselves. Obviously, I would love for him to stay.”

In the aftermath, Land posted offers from Kentucky, Auburn, Georgia, LSU, Texas, Memphis and UCF earlier this week, but apparently decided not to move up to the FBS.

Isaiah Land racked up 25.5 tackles for loss, 147 yards in losses, 19 sacks and 121 sack yards in losses, which all led the FCS totals during the 2021 fall season. The Southwestern Athletic Conference defensive player of the year finished with 43 total tackles, including 32 solos, six quarterback hurries, three pass breakups, three forced fumbles and one fumble recovery.

His entry into the transfer portal caused quite a stir. A comment from Deion Sanders’ Instagram page admonished the star player to stay at his HBCU in an instagram post earlier this week. Sanders rejoiced when Light On Sports posted the announcement of his decision commenting “amen.” Land responded by asking Sanders to reach out to him as he needed some advice.

It was a scary week for FAMU, but all is well that ends well in the transfer portal these days.