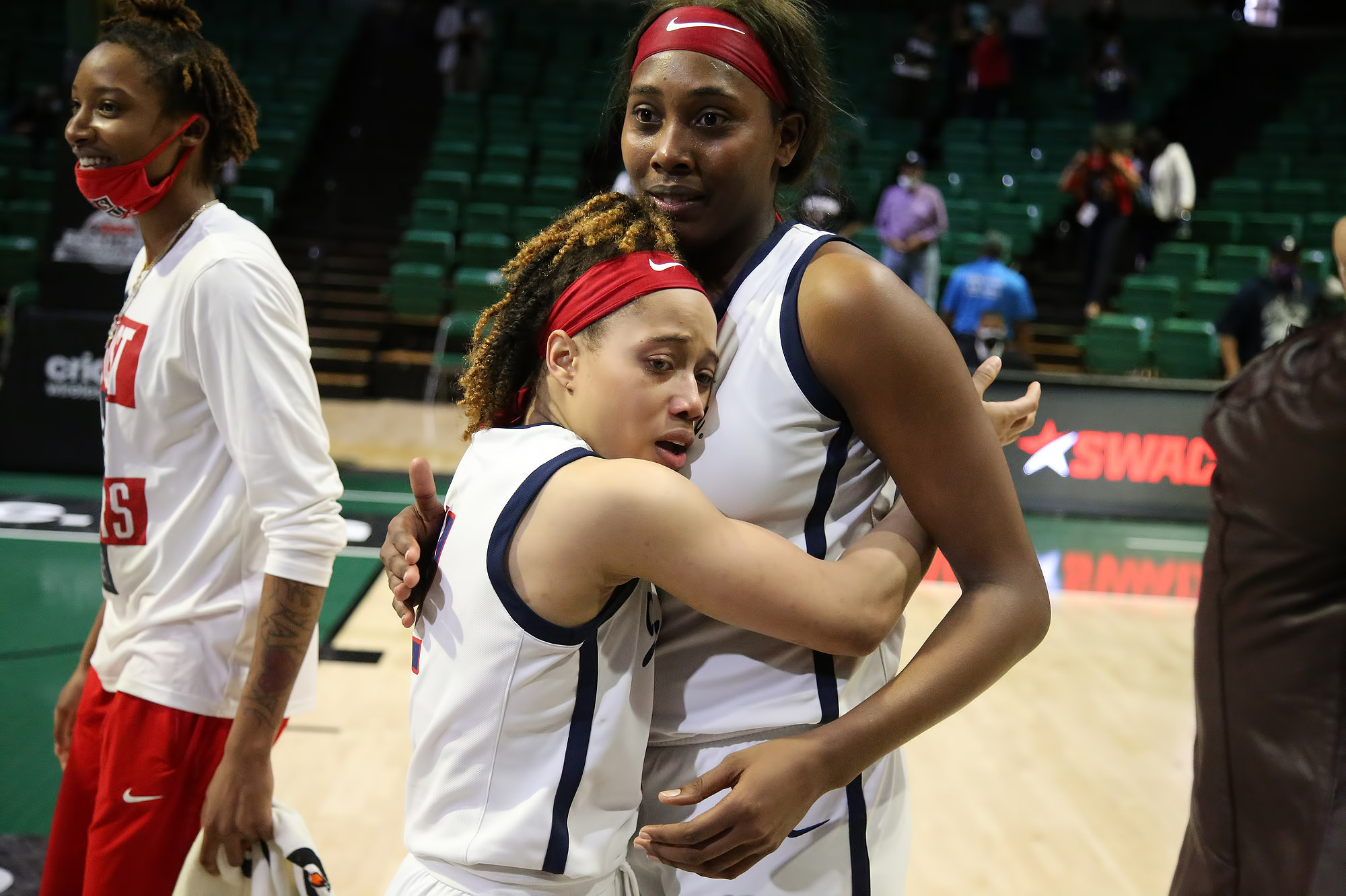 Williams-Holliday was a big part of the success that Reed has enjoyed since taking the job at Jackson State. Her ability to rebound, rim protect and score was a big reason JSU went unbeaten this past season in the SWAC regular season and tournament. After a narrow loss to LSU in the NCAA women’s tournament this year, Reed and her program vaulted onto the national stage and out of the shadows of mid-major hoops. None of that was possible without the play of Williams-Holliday.

“To my Trailblazer!!! To my first drafted PRO. You blazed amazing trails at Jackson State contributing to making history every year we had together. You are one fabulous person and such a joy to work with. We are ALL so very proud of you for making history. You stayed locked in and was able to play two games with the Indiana Fever… What an experience! The next journey awaits. A Plethora of opportunities and salaries will be knocking at your door. Continue to be great and do great things. We are behind you. Everyone please go and purchase her gear. I have a feeling this young Lady is about to keep blowing up! Love You Mesh!!!”

One of the toughest spots in sports

As of Friday morning the post by Tomekia Reed had over 1,200 likes on Instagram. Williams-Holliday was drafted in the third round by the Fever as the 25th overall selection. But an opportunity to play in the WNBA is a premium spot in women’s basketball. There are only 12 teams in the league with roughly 12 roster spots for each team. Every season high draft picks and veterans are released from their respective teams because of the scarcity of spots. So even the most ardent supporter of Williams-Holliday realized there was nothing guaranteed despite being a drafted player. The Fever drafted seven players overall in last month’s draft.

Williams-Holliday seems to be in high spirits after her stint with the Fever ended. She posted a message on Twitter declaring that her journey wasn’t over.

“Thank you all for your support. This has been one amazing ride. Making history in getting drafted and having an opportunity to compete and learn has been phenomenal. This is not the end. The journey continues. I’m excited for what’s next!”

803
The Latest in HBCU Sports and Culture