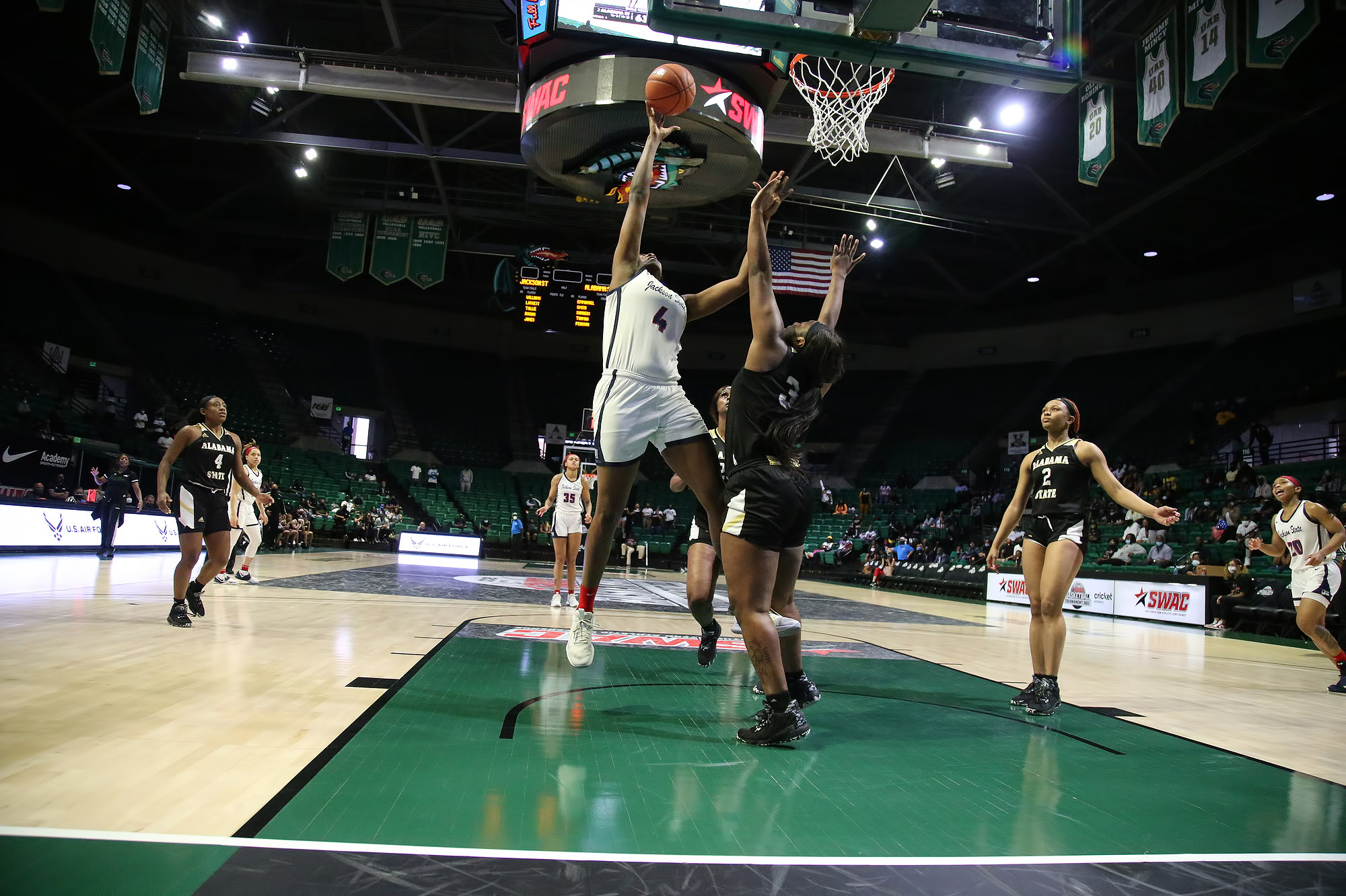 Chaunte’l Powell lays out a few scenarios where Williams-Holliday could bounce back into the league.

The WNBA saw a lot of brutal cuts leading up to the season opener with former Jackson State standout and Indiana Fever draftee Ameshya Williams-Holliday among that number.

This doesn’t have to be the end for the talented 6’4” forward as she has already made a name for herself in a league that is currently marred with injuries and players missing due to overseas obligations. So while rosters are finalized, there is still a chance a team could sign Williams-Holliday on a hardship contract which could eventually turn into something long term.

Here are a few teams who could use Williams-Holliday:

The Situation: The Sparks announced this week that Amanda Zahui B would be suspended for the season as she would not be back from overseas in a timely fashion. This leaves Liz Cambage, Nneka and Chiney Ogwumike and Uconn rookie Olivia Nelson-Ododa bearing the brunt of the frontcourt responsibilities. Cambage has shown flashes of her old Dallas play but a nasty bout with COVID-19 slowed her down. Nelson-Ododa is a work in progress despite her UConn pedigree. The Ogwumike sisters have had their fair share of injuries the last few years, Chiney in particular and Williams-Holliday would give them some much needed insurance.

The Situation: They were set to suit up just seven players before adding two the day before opening day. Sylvia Fowles is on her farewell tour and while she remains productive, they are asking a lot of the 35-year-old future Hall of Famer. The Lynx need bodies at pretty much every position and Williams-Hollliday could contribute right away.

The Situation: Recent free agent signee Stef Dolson brings a much-needed post presence to go alongside Natasha Howard, but with their fifth draft pick Nyara Sabally out due to injury and Rebecca Allen returning late from overseas, the Liberty could use some help.

The Situation: The Aces lost Liz Cambage to free agency but aren’t hurting because quite frankly that experiment wasn’t yielding the expected results. Becky Hammon has taken over as head coach and wants the Aces to run a small ball type system and push the pace with A’ja Wilson playing center. Williams-Holliday could provide some relief off the bench for Wilson and Dearica Hamby as they face teams with more traditional bigs.

Seattle Storm- Mercedes Russell is out for 3-5 weeks for a non-basketball related injury.

Washington Mystics- Ellena Delle Donne is back but the Mystics have already planned out her load management schedule as her back is not 100 percent.