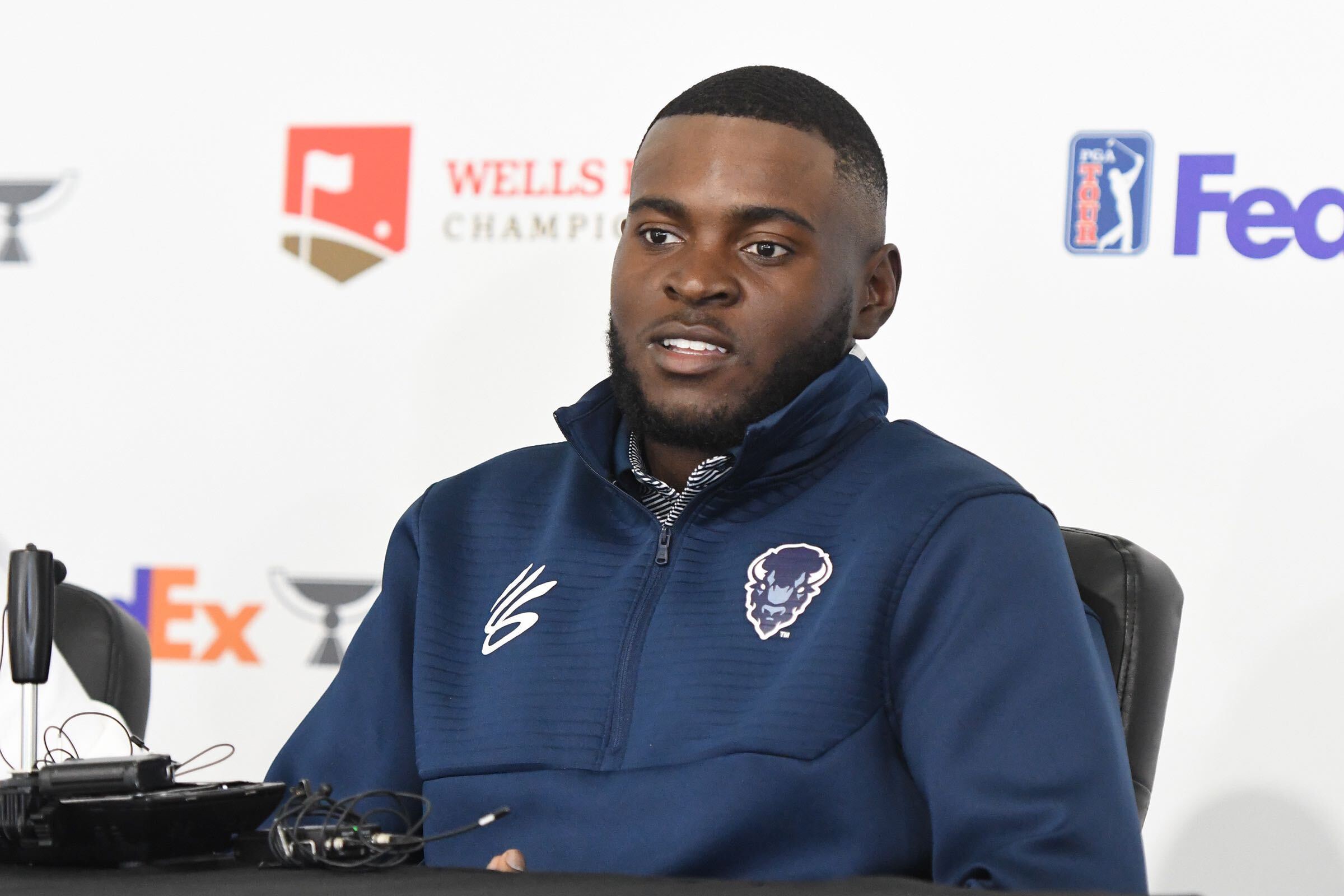 Gregory Odom Jr., the leader of the Howard University golf team will make his debut on the PGA Tour as a sponsor’s exemption at the Wells Fargo Championship at the TPC Potomac at Avenel Farms on May 5th.

Two years ago, Howard University didn’t have a golf program.  Last season, it competed for the PGA Works Collegiate Championship, leading for the better part of two rounds.  This year, the program won its first-ever MEAC Championship.

It almost didn’t happen for several reasons.  Odom was not convinced that coming to a black college was the best route to get to the PGA Tour.

“I never really thought about going to an HBCU because of the lack of resources and the lack of having coaches like Sam Puryear with his experience and background and to having those resources thanks to Steph Curry,” Odom told HBCU Gameday.

Puryear had to sell his vision for Howard golf

Puryear, the 2022 MEAC Most Outstanding Coach, used his career worth of experience to put together the Howard team, coaching both the men’s and women’s squads. HU began competing last season within months of being assembled.  With the infusion of support from NBA great Steph Curry, the program was funded beyond what was normal for HBCU golf programs.  Still, Puryear had to convince golfers to come to Washington, D.C. to play for a school without a reputation for golf.

“It was not difficult to get the golfers to know who Howard University was on the academic side, but the challenge was to get them to see my vision of building a golf program where one did not exist,” Puryear said.

Wells Fargo extended their sponsor’s exemption to Odom with a full PGA Tour experience including media availability. The PGA Tour has been actively investing in minority golfers in order to grow the game.  Last year Kamaiu Johnson and Willie Mack II were two of the black golfers who received sponsor’s exemptions to play in PGA Tour tournaments.

Not just a golf tournament

Along with the PGA Tour tournament, the company will host several outreach and access events for the community.   Through their relationship with the First Tee, the Future Entrepreneurs program selected four HBCU students and alums to have the first-round draft pick at the Pro Am, creating the opportunity-of-a-lifetime to play a golf with the PGA TOUR player of their choice.

Also during the week, they will host a golf clinic with the local DC Chapter of the First Tee at Langston Golf Course, named for John Mercer Langston, an African American who was the first dean of the Howard University School of Law, the first president of Virginia State University, and the first African American elected to the United States Congress from Virginia. PGA TOUR player Chesson Hadley will lead the clinic.

Odom will need his best at the tournament

While all of this is good, Odom still has to tee it up and play…with the best golfers in the world.  It’s a far cry from the MEAC Championship, the PGA Works or an APGA event.  The crowds have returned to the PGA Tour and weather is expected to be pristine, meaning possibly larger crowds.  There will be no teammates to ease his nerves, because he’ll be playing on “The Big Show.”  It’s a dream Odom has held since a youngster.

“That first tee shot, that’s what I have been thinking about it, that’s the last thing I think about before I go to sleep right now.  It’s always that one shot you think about,” Odom said. “I’m just trying to go and have fun and act like it’s a regular round and stay competitive and take each hole at a time.  I am extremely thankful to Wells Fargo for giving me this opportunity to realize something that I’ve been working very hard for, and that is to make my dreams come true and play on the PGA Tour.”