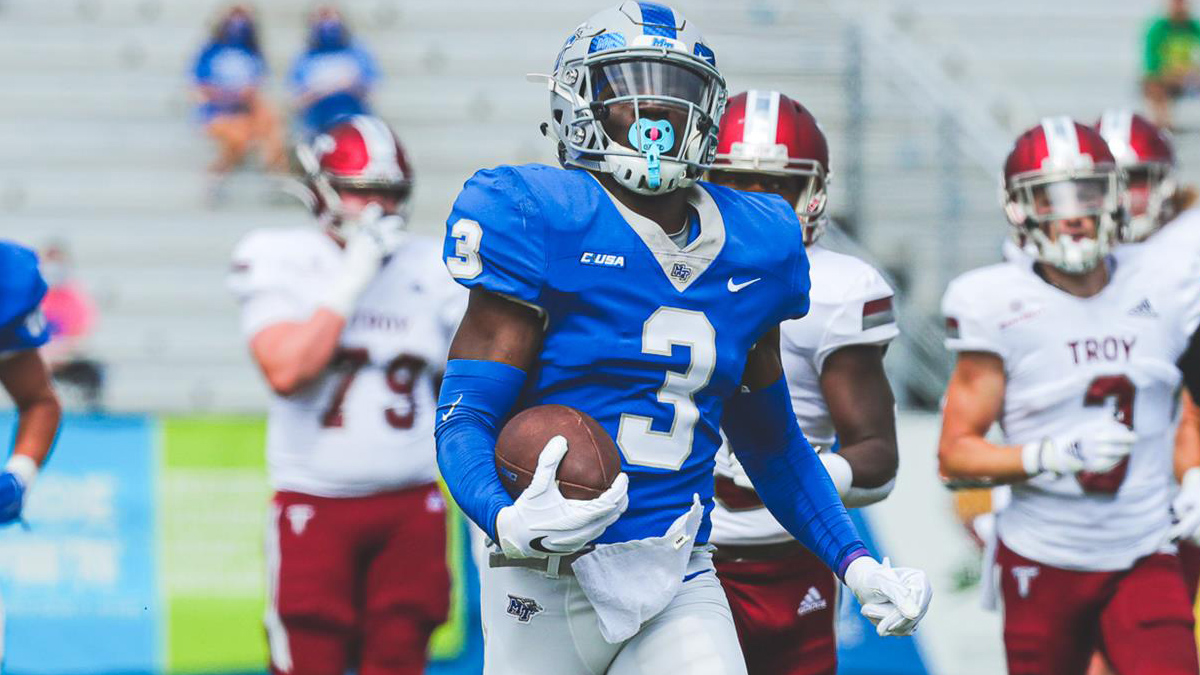 Shilo Sanders won’t be the only hard-hitting, playmaking safety at Jackson State this fall.

JSU just received a commitment from a player that was very productive at the FBS level. Former Middle Tennessee State safety Gregory Grates Jr. has committed to JSU.

The 5’11 senior from Miami, FL ended the 2021 season second on the team with 90 tackles to go with three interceptions, four pass breakups and three forced fumbles for the Conference USA squad. He was named honorable mention All-Conference USA for his performance as he recorded three double-figure tackle games.

Grate came to MTSU as a three-star prospect, according to 247 Sports, as he led Carol City to a state championship in 2016. He had offers from Bethune-Cookman and Albany as well as FBS schools like South Florida and Florida Atlantic, but ultimately signed with MTSU.

He entered the portal in February and has decided to join Jackson State. He’ll join a defensive backfield that currently includes top 2022 recruit Travis Hunter and All-SWAC defensive back De’Jahn “Nugget” Warren at the corners and Shilo Sanders (28 tackles, 4 interceptions) at safety.