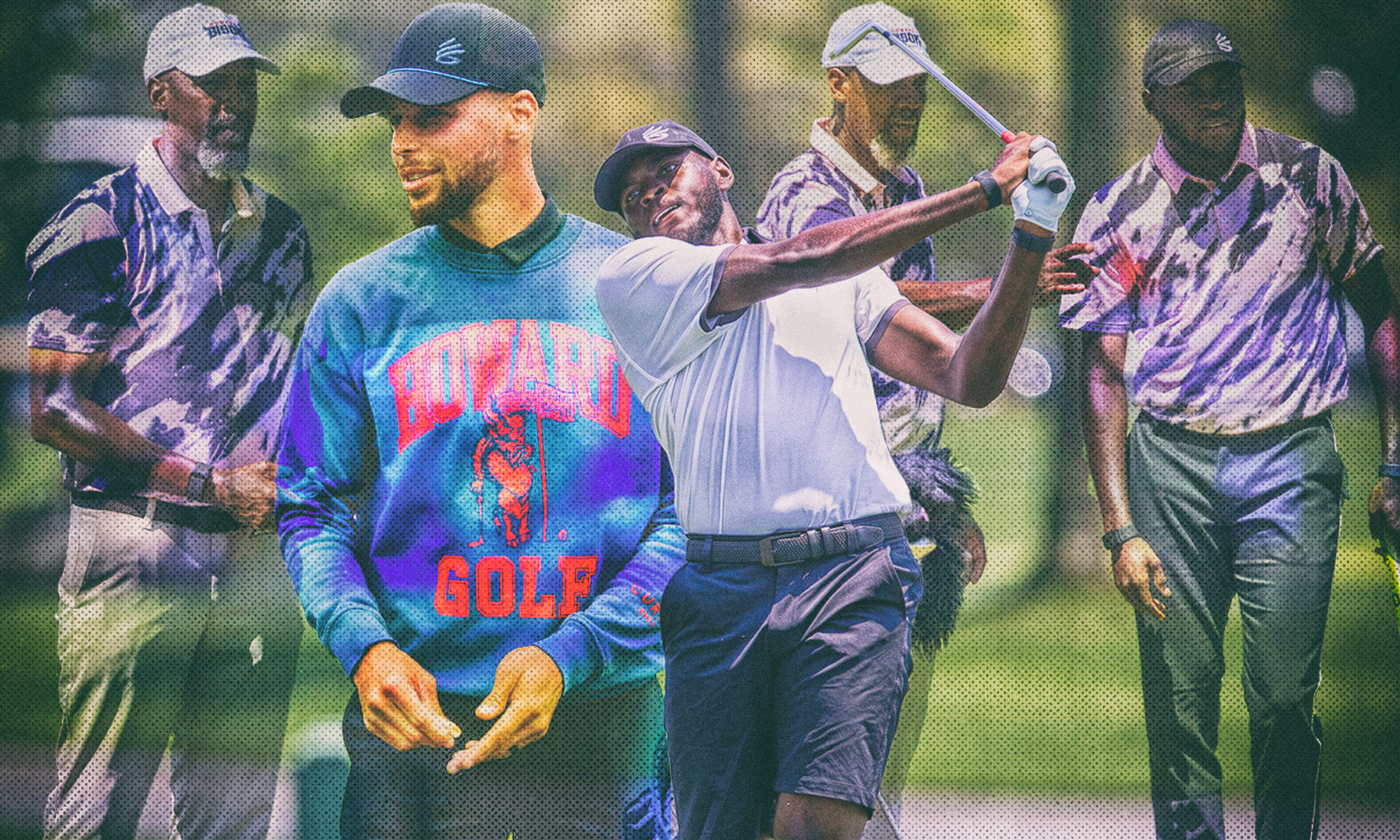 Howard University returned to collegiate golf competition after a 40-year hiatus. The Bison are positioning the program to dominate HBCU golf.

Powered by resources from NBA All-Star Steph Curry and a veteran coach, the Bison are making their presence known

One thing was abundantly clear about Howard Golf at the 2021 PGA Works Classic. Though it was Howard University’s first competition in the biggest HBCU golf tournament in the world, they came in with a swag unlike any of the other HBCUs.

FAMU was the No.1 ranked team and expected to win the championship, but a few mishaps kept them off the pace.  Alabama State made a run of things, but coupled with the struggles down the stretch on the menacing 17th island hole at TPC Sawgrass, they were not able to make the final run.  The University of Arkansas-Pine Bluff also made a run of things but fell short in the end.  When it all shook out, the SWAC champion Prairie View Panthers took home the HBCU national championship at the PGA Works Collegiate Championship on one of the most iconic courses played annually on the PGA Tour, the Stadium Course of TPC Sawgrass at Ponte Vedra Beach, Fla.

Odom played with the demeanor of a professional

However, all eyes were on the tournament individual champion Gregory Odom Jr.  Odom played to his own beat…literally.  In a delay on the final round where one member of the group ahead had to come back to the tee box to re-hit, the delay left the final group in a holding pattern.

Some players stretched.  Some players talked with their coaches.  Odom did neither.  He “bopped.”  Head bobbing and dancing to a beat in his head.  He was staying loose.  I asked him what he was doing.

“I was hearing a song from Pooh Sheisty in my head,” he said.

Howard golf coach Sam Puryear accepted the challenge of being the school’s golf coach, charged with revitalizing a program that had been dormant for 40 years.  The Tennessee State grad and former Michigan State and Stanford coach knows that the width of his experiences equips him to lead the program back.

“Recruiting kids is still a challenge,” Puryear told HBCU Gameday. “These recruits know about the academic reputation of Howard, and they know about the NBA success of Steph Curry.  The challenge is getting them to put the two together.  Howard is not known for a golf program, so selling a vision is all I have.  Curry’s involvement is still a mystery to these kids as well.  They know he is attached to our program, but don’t know the depth of his involvement.”

Bison make their mark at the PGA Works Collegiate Championship

Save for some miscues on the final day, the Bison were actually in prime position to win the championship.  They led PGA Works Collegiate Championship for the first two rounds.  This was an amazing feat for a program that didn’t exist 18 months ago.  However, the Bison are far from an ordinary startup.  NBA All-Star, MVP and World Champion Stephen Curry personally funded the rebirth of this program.

Not only did Curry fund the program in totality for six years — he brought sponsors with him. Calloway, one of the biggest names in golf, provided the golf clubs and golf balls for the team.  Under Armour, who was already the school’s official apparel sponsor, provided attire for the men’s and women’s golf programs.  Resources for the golf program that normally would have to be used to pay for these key items, are being re-purposed to aid the program in other ways.

This past weekend, Curry held a golf tournament to raise funds to support the program.  It was successful to the tune of $3 million.  In the end, Howard’s golf program is now the most financially secure HBCU program in the country.  With veteran golf coach Puryear at the helm, the Bison look to be developing a dynamic formula for HBCU golf.

“When I was hired, based on recruiting cycles, I was two years behind,” Puryear said. “For the first time in my career, I’ve had to try to find transfers to fill the squad and be ready to come in and compete.  My biggest challenge and what keeps me up at night is trying to find players.  Trying to find players with the mindset to compete day in and day out is my focus at this point.”

Odom has been rewarded for his performance already.  He’s been invited to participate in events including the John Shippen Golf Invitational.  His team members are no slouches either.  Expect Puryear to quickly begin acquiring the top black golfers in the country.  With four of the top five golfers in the APGA collegiate ranking graduated this year, 2022 could bring the most exciting HBCU golf atmosphere in recent history…and don’t be surprised if the Bison are towing the line.