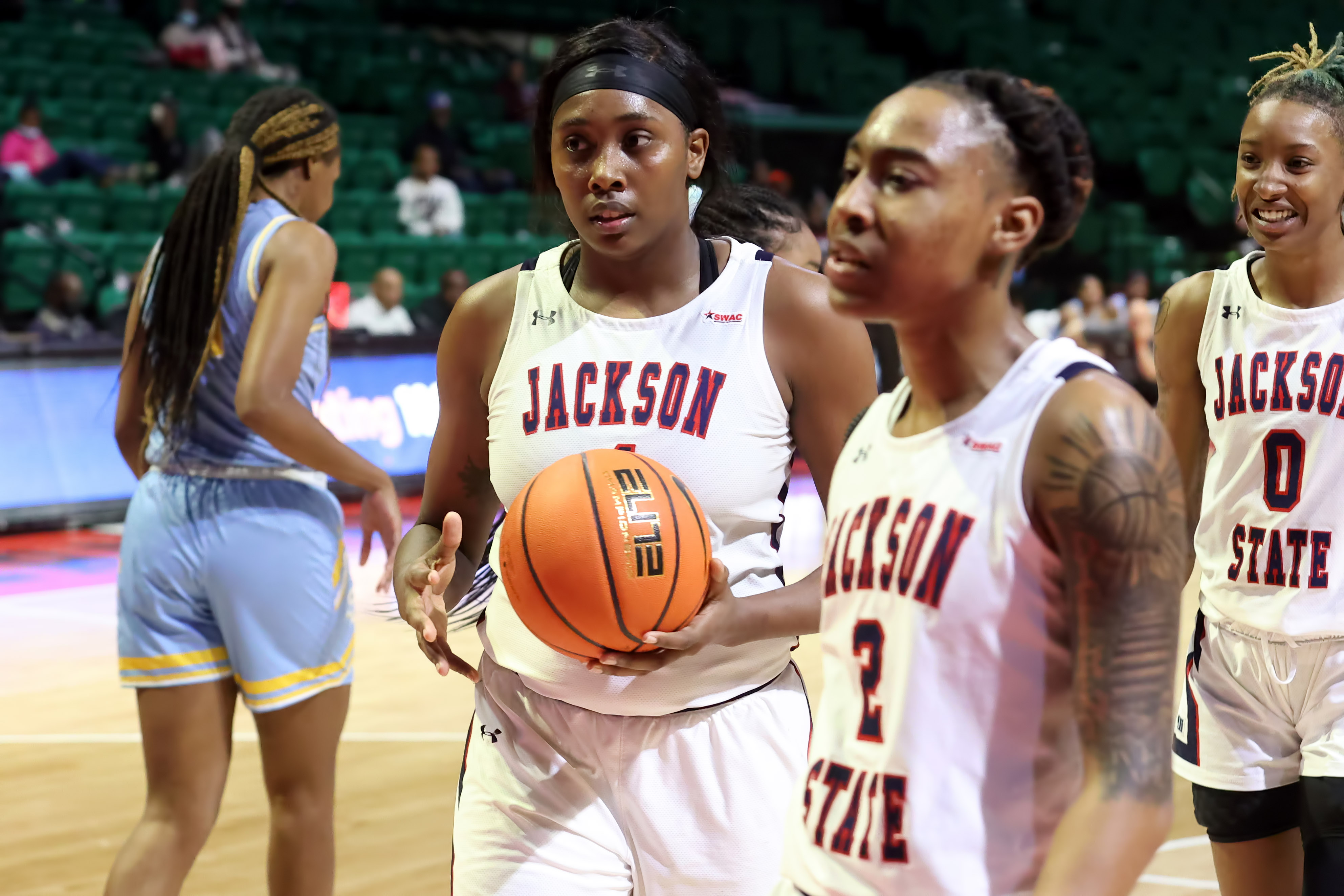 The JSU star is one of 21 players fighting for a spot on the Fever squad.

After making history Monday night as the first HBCU player to be drafted into the WNBA in two decades, former Jackson State forward Ameshya Williams-Holliday begins her journey for one of the coveted 144 spots in the league.

The talented Indiana Fever third-round pick has her work cut out for her as they took a total of seven players in the draft. The Fever now have 21 players on their roster at the moment and will have to cut that in half by the start of the season.

Williams-Holliday is competing against several Indiana bigs looking for a fresh start starting with Alania Coates. The former University of South Carolina standout has struggled to find her footing in the league and is returning after a year off. She showed flashes during the 2020 season of what USC fans were able to see throughout her college career. While it’s not clear the direction the Fever are going and whether they want a full youth movement or all vets, or a mix of the two, it feels safe to bet on Coates being one of the bigs who will be on the final roster.

Both Bernadett Hatar and Chelsey Perry are returning from injuries which could work in Williams-Holliday’s favor if neither is able to return to their former selves right away.

That leaves Alanna Smith as the only other non-rookie competing with Williams-Holliday. Smith last played in the WNBA in 2020, but missed the final three games due to an ankle injury. The Aussie has FIBA experience, but was not in the league in 2021 so that levels the playing field for Williams-Holliday.

That leaves the rookie competition. On paper, Williams-Holliday would be the third best listed forward drafted by Indiana Monday, but Emily Engstler and NaLyssa Smith could be seen as more hybrid players playing around the perimeter regularly.

The most concerning factor is the Fever front offices’ treatment of rookies. We just saw the No. 4 pick of the 2021 draft Kysre Gondrezick get cut with no explanation with the same happening to 2020 No. 3 pick Lauren Cox. Teaira McCowan was the Fever’s No. 3 pick in 2019 and despite making the All-Rookie Team that year and showing signs of trending upward at a needed position, she was sent to the Dallas Wings for draft picks.

Now that Tamika Catchings has stepped down as general manager, it’s hard to say what the new management is thinking so far.

Williams-Holliday should be able to continue her historic run as an HBCU representative in the “W” whether it be with the Fever or a few of the other teams in the league who are in need of a skilled forward.