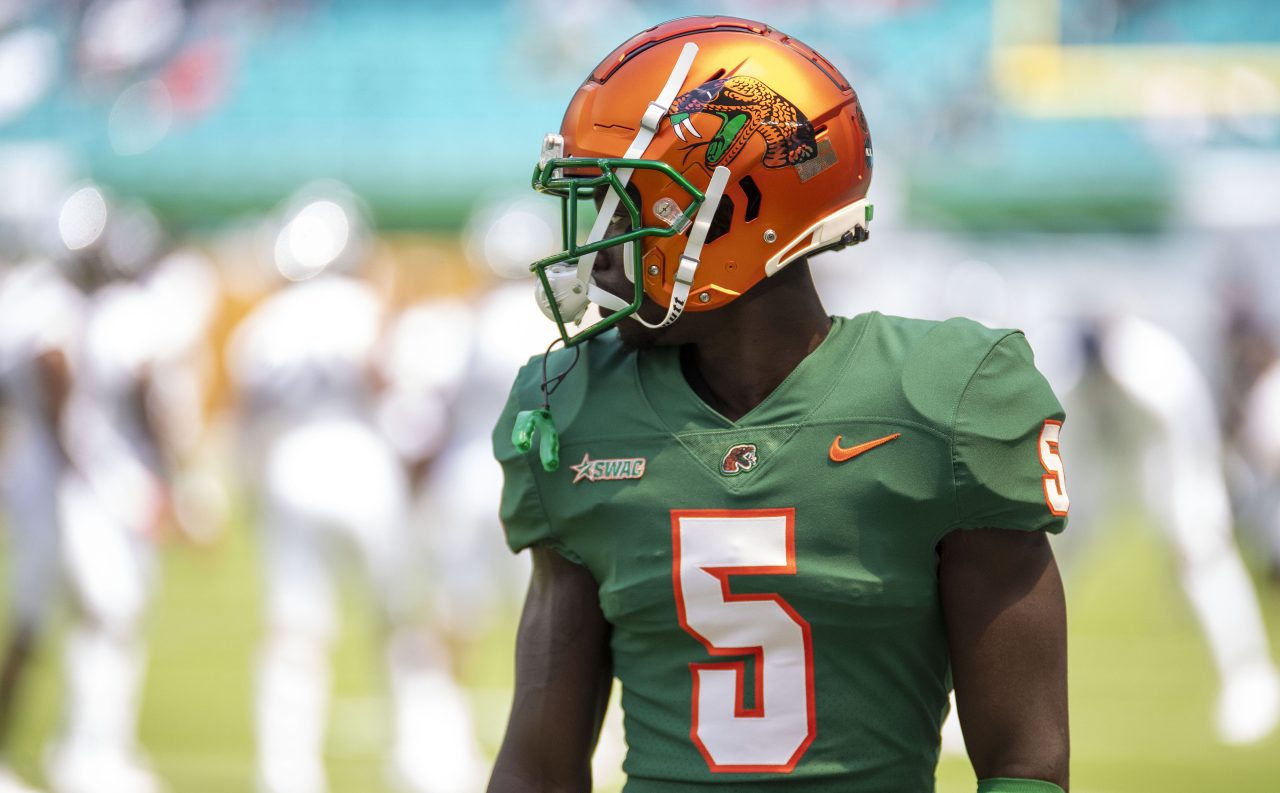 TALLAHASEE,FL–FAMU safety Markquese Bell has been a hot subject as the NFL Draft approaches.  The Dallas Cowboys organization flew him out to their compound to do a personal workout and to meet with their organization ahead of the draft which starts April 28.

The Cowboys have now seen Bell in person three times.  Bell turned heads at the NFL Combine in Indianapolis by running a 4.41 40-yad dash, great speed for a safety.  That speed was unheralded before as he was known as a hitter and a great run support safety.  At Pro Day at FAMU, Bell showed his agility and strength, competing in the shuttle runs and doing 18 reps with the 225-lb bench press station.

Previous reports stated that 30 of the 32 NFL teams attended FAMU’s Pro Day.  Upon reviewing the sign-in sheet, it was later determined that 31 NFL teams were present, with only the New England Patriots absent from the workout.

Bell, attending the FAMU Orange & Green Spring Game, told HBCU Gameday that he had just returned from a site workout and staff visit with the Cowboys.

“I just came back from Dallas.  We went to visit the team and talked to the coaches, the team, the GM, and everybody.  I got a really good feel for the place,” Bell said.

Markquese Bell is by most accounts expected to be the first or second HBCU player drafted in this year’s draft, but he’s not counting his eggs before they hatch.  The always low key player has shown an unusual calm during this exciting time.