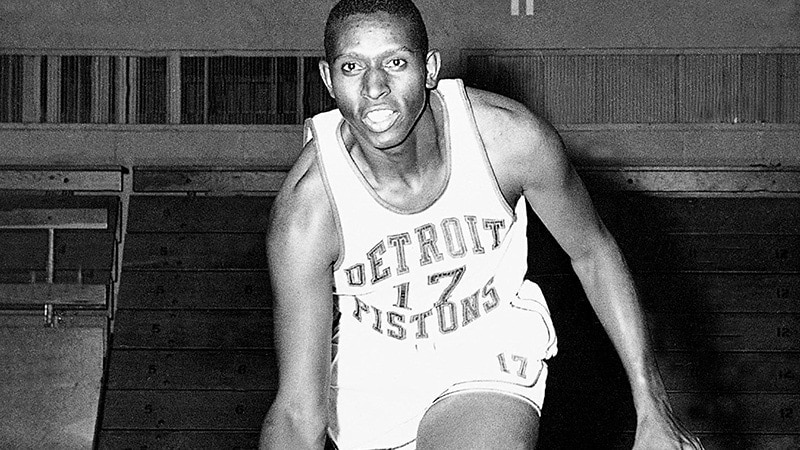 The NBA has decided it will give trophies to winners of each division. Five of the six namesakes played at historically black colleges.

The NBA has decided it will hand out trophies to division winners, and almost all of them will be named after HBCU legends.

The league announced on Monday that each of its six division winners would receive trophies named after influential African-American pioneers. Five of the six legends chosen have direct HBCU ties.

The Atlantic Division Trophy will be named after Nat “Sweetwater” Clifton. The first African-American to sign a contract in the NBA, Clifton played for the New York Knicks from 1950-57 and was an NBA All-Star in 1957.  In his first season, he helped lead the Knicks to their first Finals appearance. The Chicago native spent one season at Xavier of Louisiana prior to World War II.

The Southeast Division Trophy will be named after Earl Lloyd. The first African-American to play a game in the NBA, Lloyd played for the Washington Capitols, Syracuse Nationals and Detroit Pistons. The Army veteran played nine NBA seasons and won an NBA title in 1955. He won two CIAA titles with West Virginia State College.

The Southwest Division trophy will be named after Willis Reed, a graduate of Grambling State, is the only HBCU graduate to be named league MVP and Finals MVP.  Reed played his entire career with the Knicks, winning two championships. A seven-time NBA All-Star and five-time All-NBA selection, Reed was Rookie of the Year in 1965 and was named to the league’s 50th and 75th Anniversary teams.

The Northwest Division title will be named for Sam Jones. Jones, a graduate of North Carolina Central University, has won more championships than any HBCU graduate who has played in the NBA. He won 10 championships as a member of the Boston Celtics from 1957-69 and was a five-time All-Star, three-time All-NBA selection and a member of the league’s 25th, 50th and 75th Anniversary Teams. Jones was nicknamed “The Shooter” for his ability to hit clutch shots in championship runs. He stood up for the rights of African-Americans in the league and in the country during a pivotal time in the 1960s.

The Pacific Division title will be named for Chuck Cooper. The first African-American player to be drafted in the NBA, Cooper was selected with the 14th overall pick in the 1950 NBA Draft. A veteran of the Navy, he played six seasons in the league with the Boston Celtics, Atlanta Hawks and Detroit Pistons. He started his collegiate career at West Virginia State.

The Central Division title will be named after Wayne Embry. Embry attended Miami (Ohio) before going on to a stellar career as a player and a general manager.