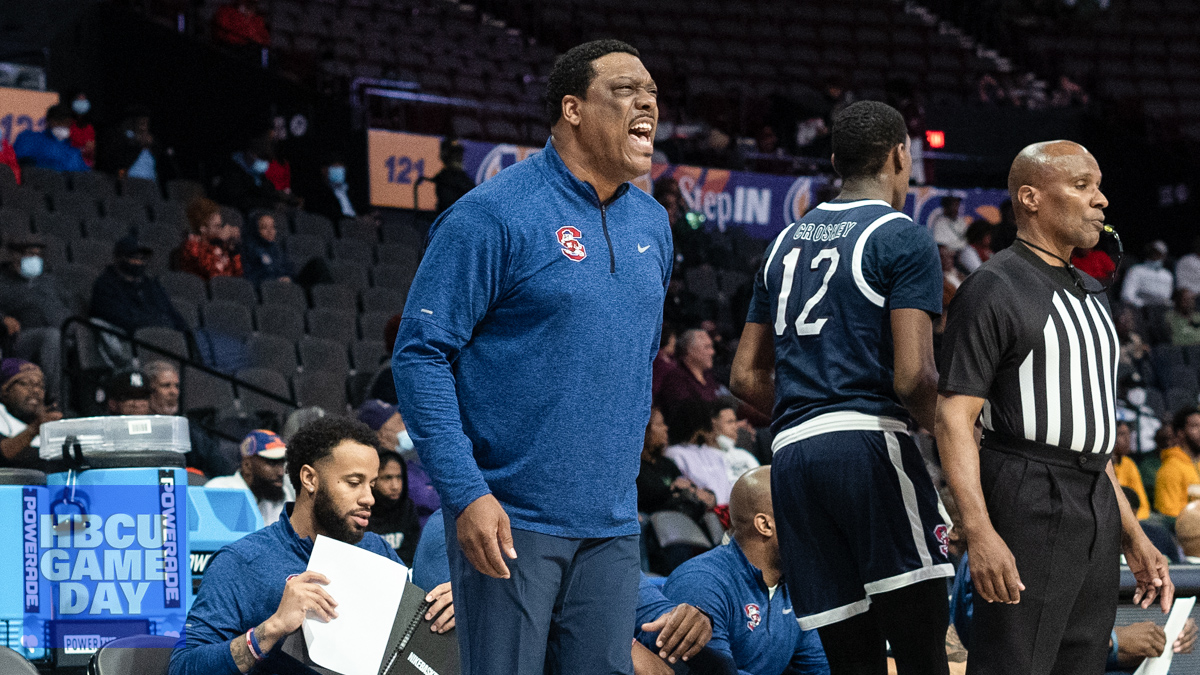 After turning things around at SCSU, Madlock makes the move to Montgomery.

“I want to thank the search committee for their due diligence throughout the process and we are excited to announce coach Madlock as our new head men’s basketball coach,” Cable said. “He comes to Montgomery with a wealth of experience as a high-level recruiter and as a head coach that oversaw one of the biggest turnarounds in Division I basketball this year. Tony is a high-character guy that believes in the total development of the student-athlete, and his passion for the game is unmatched.”

Madlock comes to Alabama State after a year at South Carolina State in which his team finished 15-16 overall and 7-7 in the MEAC, falling to Morgan State in the conference tournament. The Bulldogs recorded non-conference victories over South Florida, High Point, Tennessee State, The Citadel, and Charleston Southern. They averaged 71.8 points per game last season while shooting 39.3 percent from the floor, while also leading the nation in offensive rebounds per game (15.23). They also finished third in the country in total rebounds per game at 41.81, trailing only Buffalo and Gonzaga.

Madlock was named as a finalist for the Joe B. Hall Award, given to college basketball’s top first-year coach after leading South Carolina State to its highest win total since 2015-16. The 15 wins by South Carolina State is the highest total in five seasons, with he and his son – TJ – leading the Bulldogs to one of the top turnarounds in the NCAA with 14 more wins than the program had all of 2020-21.

“I want to thank the search committee, President Ross and Dr. Cable for the opportunity to become part of the Alabama State family,” Madlock said. “There is a lot of tradition at Alabama State in the men’s basketball program, and in the community and the city of Montgomery. I am excited about the challenge of being at Alabama State, and excited about everything we have going for us with facilities, resources, and the city of Montgomery. We have a chance to have something special with the men’s basketball program and I can’t wait to get started.”

Prior to being named the head coach of the Bulldogs, he spent three years as an assistant coach under former NBA All-Star Penny Hardaway at Memphis. Madlock, who has 25-plus years of experience as a college assistant, also spent 2017-18 as the interim head coach at Ole Miss. During his time at Memphis, he reunited with Hardaway – a teammate during the 1991-92 season in which they reached the 1992 Elite Eight. As an assistant coach on the Tiger staff, he helped guide Memphis into a national powerhouse beginning in 2018 with the No. 1 recruiting class in 2019.

While at Ole Miss (2015-17), Madlock helped guide the Rebels to back-to-back 20-win seasons, including a trip to the NIT Quarterfinals. He coached the Rebels’ Sebastian Saiz to all-league honors and to a record-breaking senior season, as well as Stefan Moody, who earned first team All-SEC honors for two straight years.

An honorable mention All-American and first team All-State point guard, Madlock began his coaching career as an assistant coach and teacher at his alma mater, Melrose High School in Memphis. The Golden Wildcats posted a 67-29 mark over the three seasons with Madlock on the staff, and Melrose was the 1997 state tournament runner-up with a 32-7 record.

Alabama State will officially introduce Tony Madlock at a press conference on Tuesday morning inside the ASU Stadium Club Lounge. The press conference will begin at 11:30 am and is open to the public.