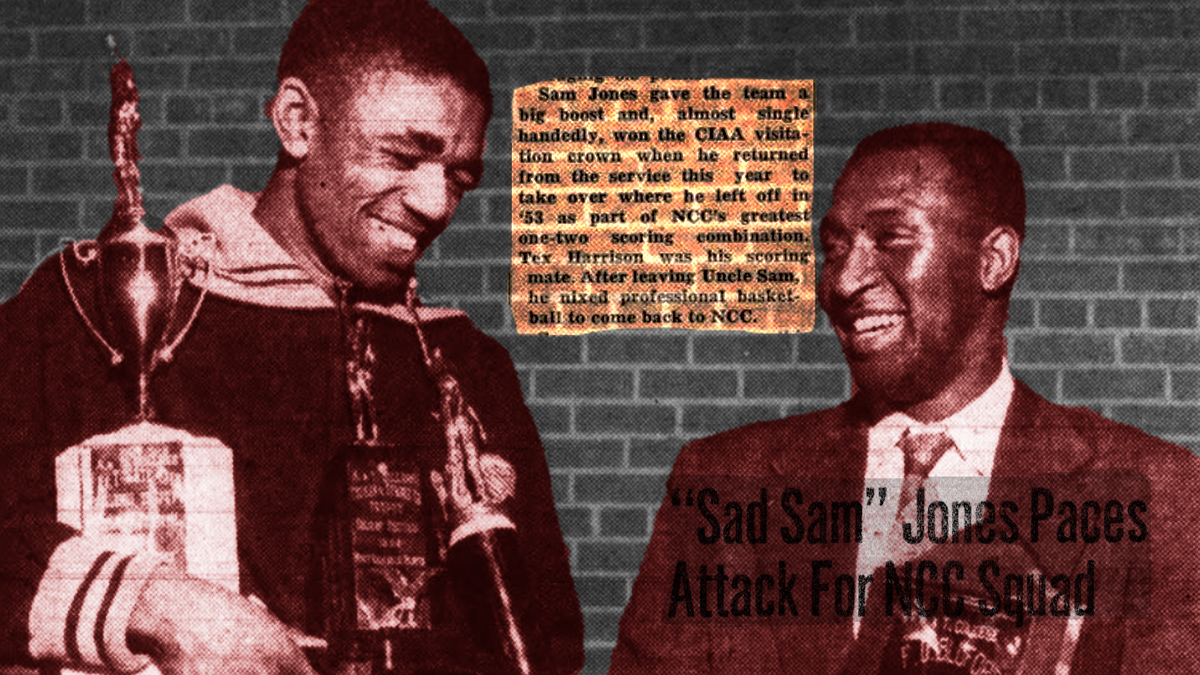 Sam Jones, could easily be called “The Prototype,” because he is the model from which all other shooting guards have been molded.

North Carolina College (now Central) product, Sam Jones, could easily be called “The Prototype,” as he is the model from which all other shooting guards have been molded.

Jones won ten NBA championships including eight straight from the 1958-59 to 1965-66 seasons with the Boston Celtics during a 12-year pro career. He turned 88 Thursday at his home in Florida.

A perfect fit for the Celts

At 6-4, 200 pounds, he was an unstoppable offensive force, a fierce defender, clutch shooter, consummate teammate and professional, and an incomparable winner. He was just what the Celtics needed – unselfish, complimentary, and a star when he needed to be. Only Celtics teammate Bill Russell with 11 NBA titles has surpassed Jones’ total.

As an integral and indispensable part of the great Celtics teams, Jones teamed with fellow Hall of Famers Russell, the late K. C. Jones, Tom “Satch” Sanders, the late John Havlicek and others to dominate the NBA. K. C., Sanders and Havlicek all won eight NBA titles with the team, third in NBA titles behind Russell and Sam. Russell once said Sam Jones was almost single-handedly responsible for six of those titles for his propensity for hittting clutch game-winning shots.

A CIAA and HBCU legend

Born in Wilmington, N. C. on June 24, 1933, Jones went to high school at Laurinburg Institute, a black private school in Southern North Carolina, because there was no high school for blacks at the time in Wilmington. His mother had attended Laurinburg as did famed jazz trumpeter Dizzy Gillespie and a host of other luminaries. Jones graduated from there in 1951.

He had HBCU offers from legendary coaches Clarence “Big House” Gaines of Winston-Salem Teachers College (now State) and Cal Irvin of North Carolina A&T, but it was John McClendon, who saw the lanky, 6-4 specimen and whisked him off to NCC. He played the 1951-52 season under the tutelage of McClendon, who left after that season when he couldn’t get a raise and moved to Hampton Institutute (now University).

But before his departure, McClendon instilled tenacity in Jones and many of the fundamental basketball traits that paid off later in his career. Jones left NCC in 1954 to pull a two-year stint in the Army. He returned to NCC to complete his studies during the 1956-57 season. Other than his one year under McClendon, he played the rest of his time for the Eagles for head coach Floyd Brown.

At NCC, he was a four-year letter winner and three-time all-CIAA selection. He finished with 1,745 points, still second in NCCU history. His jersey, no. 41 is retired and hangs in the McDougald-McClendon Arena on campus. When he graduated from NCC in 1957, it was just before Dean Smith took over at nearby UNC-Chapel Hill in 1958.

It could and has been argued that Smith took a lot of what were termed innovative concepts, techniques and strategies from McClendon. Perhaps the greatest of those is the archetype 6-4 to 6-6 black off-guard like Jones that became Charlie Scott (who also attended Laurinburg), Bill Chamberlain, Al Wood, Michael Jordan, Curtis Hunter and a host of others at UNC.

The genius of Red Auerbach

Though he didn’t expect to play professional basketball, news of Jones’ talents and exploits spread North to Red Auerbach, the famous coach of the Celtics. One story says Auerbach asked then Wake Forest head coach Bones McKinney who was the best player in the Atlantic Coast Conference (ACC). McKinney reportedly said UNC All-American Lennie Rosenbluth. But McKinney also told Auerbach that the best player in the state (N.C.) played at NCC, Jones.

The rest, as they say, is history.

Jones, whose ability to sink bank-shots became legendary, never averaged less than double-figures after his rookie season (1957-58). He improved his scoring average every year for his first five years topping out at 19.7 points per game in 1962-63. Beginning in the 1964-65 season, he put up five straight seasons averaging more than 20 per game, with a high of 25.9 points per game in the 1964-65 season. Jones finished his career averaging 17.7 points over his 12 seasons.