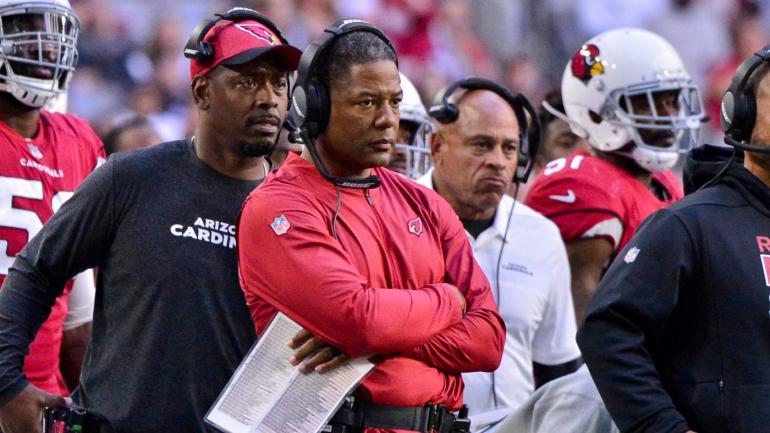 “When Coach Flores filed this action, I knew I owed it to myself, and to all Black NFL coaches and aspiring coaches, to stand with him.”

Lawyers for Flores, the former Dolphins head coach, announced the addition of Wilks and long time NFL assistant Ray Horton. Wilks coached the Cardinals for one season in 2018 and was fired after finishing 3-13 that year. He was replaced by Kliff Klingsbury. Lawyers say that Wilks was discriminated against as a “bridge coach” who was “not given any meaningful chance to succeed.”

“When Coach Flores filed this action, I knew I owed it to myself, and to all Black NFL coaches and aspiring coaches, to stand with him,” said Wilks in a statement released by his lawyers.

“This lawsuit has shed further important light on a problem that we all know exists, but that too few are willing to confront. Black coaches and candidates should have exactly the same ability to become employed, and remain employed, as white coaches and candidates. That is not currently the case, and I look forward to working with Coach Flores and Coach Horton to ensure that the aspiration of racial equality in the NFL becomes a reality.”

Truth emerges in an interview

An interesting light was cast on that process in 2020 when Mularkey appeared on the “Steeler’s Realm” podcast. Mularkey said the Titans’ owners told him he was going to get the job even before the interview process was finished, including interviewing two minority candidates.

“Amy Adams Strunk and her family, came in and told me I was going be the head coach in 2016 before they went through the Rooney Rule. And so, I sat there knowing I was the head coach in ’16 as they went through this fake hiring process. Knowing a lot of the coaches they were interviewing, knowing how much they prepared to go through those interviews, knowing that everything they could do and they had no chance of getting that job. Actually, the GM, Jon Robinson, he was in on the interview with me. He had no idea why he was interviewing me — that I had the job already. I regret. I’m sorry I did that. It was not the way to go about it,” Mularkey said.

Wilks continues on in his hometown

The Cardinals acknowledged the decision to fire Wilks was a tough one but deny any discrimination on their end. They released a statement that read in part, “We are confident that the facts reflect that and demonstrate that these allegations are untrue.”

Wilks is currently the pass game coordinator and secondary coach for the Carolina Panthers. Being back in Charlotte is full circle for where he was born and where his coaching career began.

His first stop was at Johnson C. Smith back in 1995.  Not only did he draw up plays but he was tasked with washing clothes and keeping the field in shape. He’s often said mowing the grass at JCSU was one of his fondest memories.

After his short stint in his hometown of Charlotte, Wilks moved on to Savannah State to be its defensive coordinator. He became head coach in 1999, finishing 5-6, in the school’s final season of the SIAC.

369
The Latest in HBCU Sports and Culture