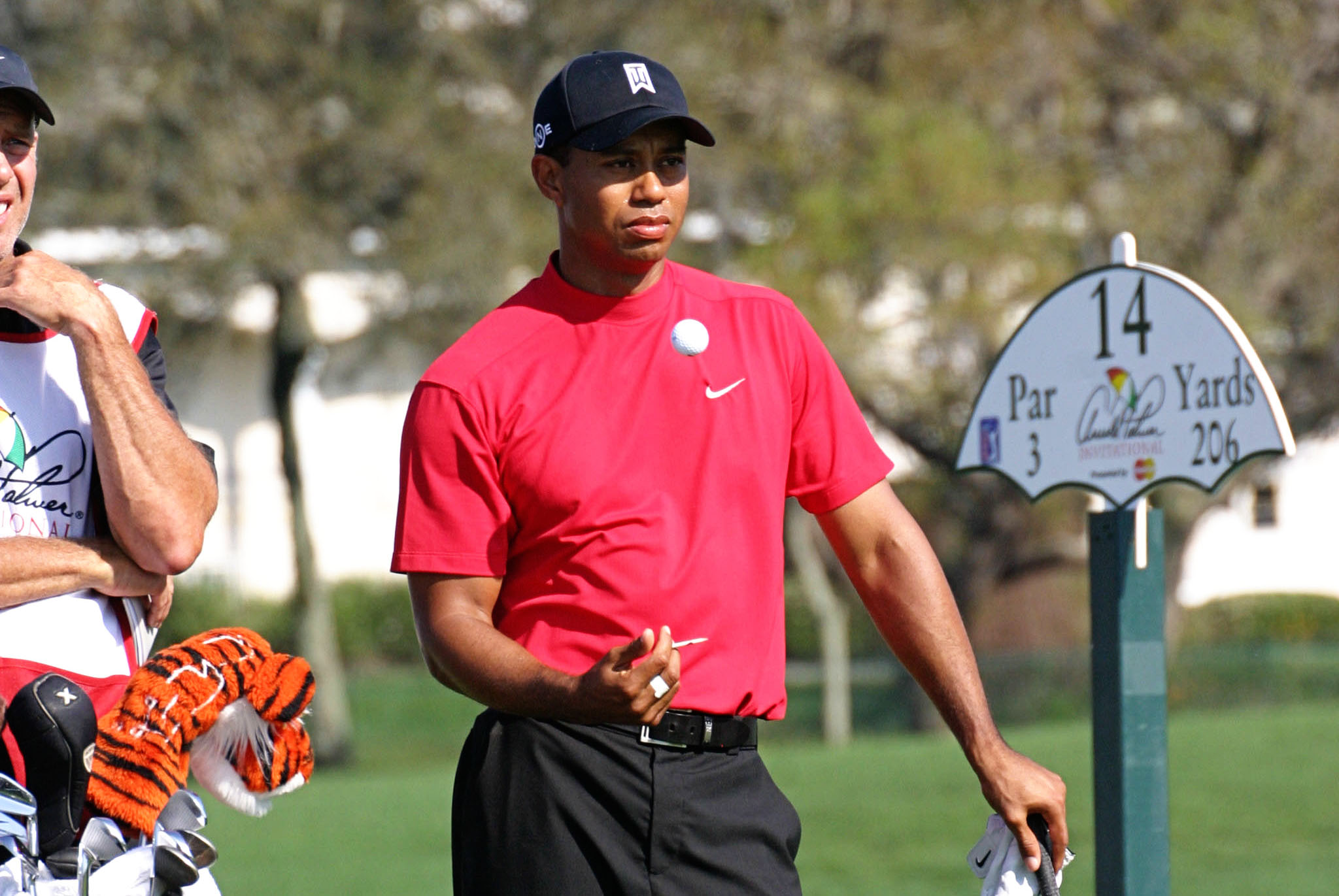 Tiger Woods: Not your ordinary assignment

Vaughn Wilson shares his stories of covering Tiger Woods for many years.

With Tiger Woods defying the odds in his Masters return I wanted to share my first hand experiences of following the world’s most famous golfer. Ever since 2001, I have been a credentialed media person with the PGA Tour.  I started covering The Players Championship in Jacksonville at the TPC Sawgrass in 2001 and have been following the PGA Tour, primarily on the Southern swing, ever since.  Growing up learning the game of golf from my father who was an avid fan of the game, I grew up liking Jack Nicklaus and Calvin Peete.

Nicklaus is considered the greatest golfer ever because he holds the record of 15 major titles.   He rose to prominence as television blossomed, so he was indeed an international star.

Peete, though much less famous, was the best Black golfer until the late 1990s.  He won the Players Championship (now The Players) in 1985 and until Tiger Woods came to the arena, was the most successful Black golfer on the PGA Tour.

First glance at Woods came at The Players

I’ll never forget that last weekend in March of 2001.  I checked into the media room, looked at the pairing sheet and decided that I would position myself on the Par-5 ninth green to catch my first live glimpse of Tiger Woods.  With media credential, camera and a bag of nerves I waited almost an hour.  Then the normally quiet golf course began to change.  There were people running, making noise and talking…all no-nos on the golf course.  Folks were planting in place, trying to get as close as possible to the ropes to get in best position to see golf’s phenom…Tiger Woods.

He laid up on the par-5 and I could see a tall slender frame walking over a hill until he came into full view.  Yes, my palms were sweating.  I had positioned myself to the right of the ninth green because that would be the way he would exit to go to the 10th tee (see what I did there – paparazzi 101).

I finally got to see my first live swing from Tiger Woods through the lens of my Canon 10D with a 500mm lens.  It was smooth, it was precise….but Tiger yelled “get left.”  That’s because the ball was coming right at me on the right side off the green.  It landed softly in the bunker about 25 feet away from me.  Thinking and being nervous as well, I waited and he came right to me.  I never pulled my face away from the lens as honestly, I wasn’t ready for eye contact.  By then I was circled by about 10,000 raging fans.  It was nerve wrecking.

Tip of the Cap

Tiger, hit an amazing flop shot from the bunker and dropped the putt for an adventurous par.  I waited until he passed to pull my camera down and exhaled.  The big moment had passed and I took a deep breath and told myself it was time to stop being a fan and time to be a journalist.  At the time I was representing the National Newspaper Publishers Association (NNPA).  Its a group of over 200 Black newspapers across the country and they were expecting professional work, so I composed myself and made it happen.

I moved over to the 11th hole and by then my nerves were calmed.  It was still scary to have that many people jockeying for position and being absolutely unruly.  As Tiger walked by me on the 11th hole, he tipped his cap to me in acknowledgement.  Over the years I got several cap tips from his as when I began, I was the only black photographer out there, but as time went on the numbers grew.  It got to the point where after I trailed him for probably 100 rounds, he recognized me as a media regular.

At the Arnold Palmer Invitational (formerly the Bay Hill Invitational), I had a ringside seat at just the right moment in history.  Tiger was playing some of his best golf, going 4-for-4 to start the PGA Tour season…absolutely unheard of.  He would need to rally from about four strokes down to win.  Tiger managed to tie the lead going to the 18th hole.  He hit an approach to about 20 feet.  I was already positioned with my camera just inside the players’ tunnel, knowing he would have to exit that way (see what I did again).  Probably 20,000 people were surrounding the hole with the exception of the side where there was water.  The stands were bulging at the seams. Could Woods pull off a perfect five.

All of a sudden as Woods approached the green,, there was some rustling in the players’ tunnel.  I didn’t immediately turn around, but as the group of five men came and stood virtually over me as I was crouched in photo position, I finally looked to see who it was.  It was Arnold Palmer and his buddies.

Woods had about a 20-footer to win the tournament.  It was a huge left-to-right break and a slippery green that could possibly run right into the water if he was too aggressive.  This was the most intense moment in my sports life.  It was tense and completely quiet, which probably added to the tension.  All of a sudden, behind me I hear Palmer betting his friends that Tiger would make the putt.  They all took Palmer’s bet ( I won’t disclose the amount).

Tiger stepped up, nailed the putt, threw his hat to the ground and won the tourney.  This was one of the most dominant stretches of his career.  Palmer just laughed and looked to his friends referring to Woods and said “that guy is money.”

The massive migration behind Woods

Growing up a golfer, I knew how golf and golf audiences were supposed to be…and the gallery following Woods was nothing like that.  It was the complete opposite.  Beer-drinking, mini skirts and halter tops, loud screaming, obnoxious, combative and plain old sports fans who knew nothing about golf.

Probably the proudest moment for me was 2007 when Woods won the FedEx Cup Tour Championship at Eastlake Golf Club outside of Atlanta.  That tournament was the same weekend as the Atlanta Football Classic.  I went to Atlanta on Thursday and covered the first two rounds on Thursday and Friday and then took a day off from the tournament to cover the Atlanta Football Classic.  Then, came back for the finale. Woods would cruise to the win and a $10 million dollar prize…the biggest in golf.

I’ve asked him questions in the media room, met his dad in the players’ parking lot and denied taking bribes from fans to take pictures of them with Tiger in the background (since fans aren’t allowed to bring cameras).

I’ve been around sports all my life.  I have been a part of the media for NFL games, NCAA Bowl games, concerts, inaugurations and NBA games.  Nothing comes close to the pure Rock Star that Tiger Woods became…and still is.

Tiger Woods: Not your ordinary assignment