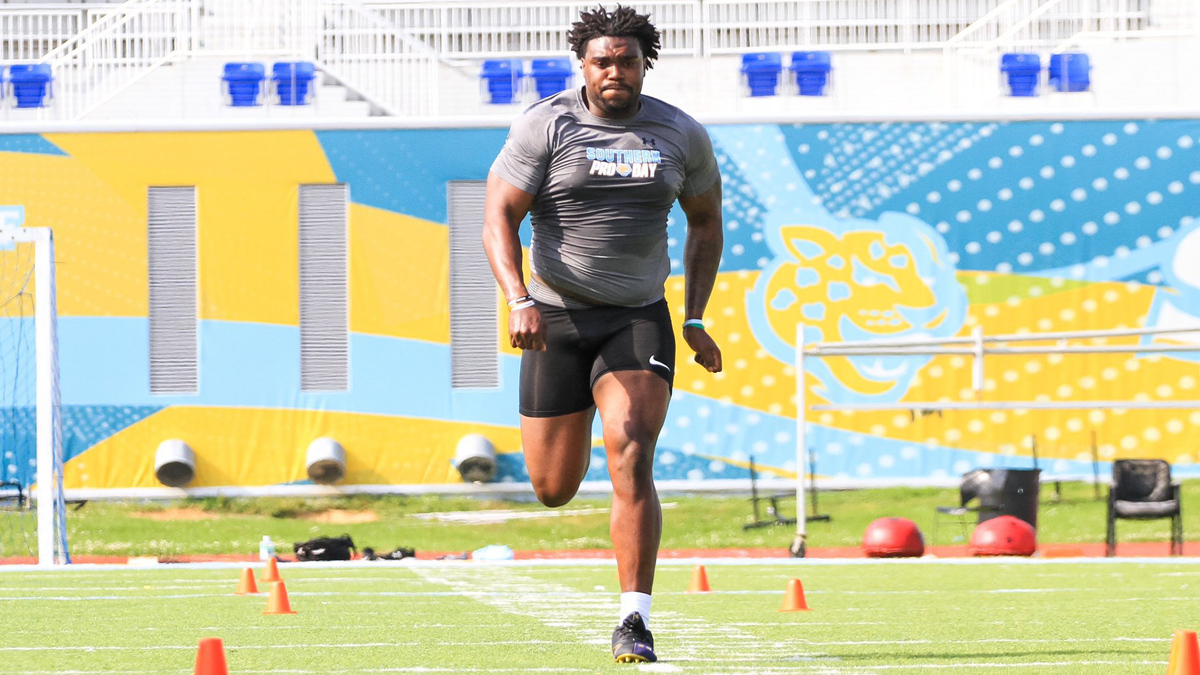 If his pro day was any indication, the NFL Draft stock of Ja’Tyre Carter just went up.

The Southern University offensive lineman had a breakout performance at his school’s Pro Day earlier this week. A total of 16 NFL scouts descended on Baton Rouge to watch Carter and ten other prospects ahead of LSU’s Pro Day.

Jim Nagy, Executive Director Reese’s Senior Bowl, raved about Carter’s performance. He called it one of the most impressive big man workouts this draft cycle for the prospect, who is thought to have the ability to play either guard or tackle at the next level.

Carter’s vertical leap of 34.5 inches was labeled “an all-timer” by someone his size of 312 pounds.

It has been quite a draft process for Carter. He was invited to the East-West Shrine Bowl as well as the Senior Bowl. He also got a chance to show off at the official NFL Combine in Indianapolis. He improved on his 40-yard dash numbers from Indy where his 5.13 was his best time. This time he ran at 5.01 and 5.03 at Mumford Stadium.

Ja’Tyre Carter has reportedly drawn heavy interest from the Atlanta Falcons, who are said to be scheduled to meet with him at Southern University.

345
The Latest in HBCU Sports and Culture